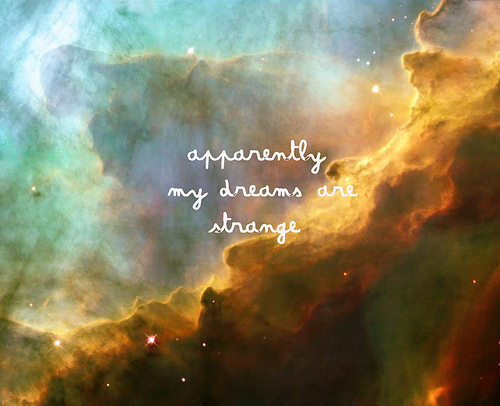 I used to have big dreams. To travel the world. Accidentally be discovered dancing and singing in my car and then becoming an overnight rock star success. Have my iPhone handy just at the very moment my dog does something hilarious like walking like a human or befriending an elephant, so I could record it and become a YouTube sensation. You know, big stuff.

Now, ten weeks after having one of those tiny humans (I think they’re called bebbehs) my dreams have become somewhat simpler.

Shall I share these simple dreams with you? Shall I?

Doing number 2s without hearing the baby crying for me
Look, the only real alone time I get when my husband is working is after Little Mister’s bedtime. Now, it would be all swell if I could schedule my urges to do my you-know-whats on the loo, but apparently human biology doesn’t quite work so perfectly…it’s really hard when I’m halfway through … *ahem* completing an important project (ie doing my business) and he starts wailing in his bassinet or his pram where I have thoughfully (and safely) stashed him for a moment.

Having time to read a magazine
Like actually flicking through the pages, absorbing what the words say (not just glancing at the pictures so fast your head might spin off) and making a leisurely time of it. Recently I had blood tests at the local pathology clinic and I had to wait for two hours in the waiting room. Did this make me grumpy? Hell no! My husband had the baby at home and I joyously pulled my 12 week old Marie Claire out of my handbag – this was my moment! I had been holding onto that magazine since just before the Little Mister was born…nine and a half weeks earlier…

I dream of maybe reading another magazine one day in the future. Maybe even *gasp* starting and finishing a book! Like an actual novel. How exciting!

Although, in the meantime I am actually saving a lot of money I would normally have spent on magazines and books…and spending it on nappies and other really expensive baby shit. I mean stuff. Note to self: stop swearing before Little Mister starts trying out that whole talking thing…you’ve got a few months but let’s not get complacent!

I laugh at the fact that when I packed my hospital bag, I included a brand new Jodi Picoult novel. For some reason I thought I’d have so much down time during my leisurely five day stay. Old Kez = idiot. Let’s not make that mistake again!

Hearing that dopey little slow breathing sound before the baby falls asleep
Oh that sound is like music to my ears. It’s that sound you recognise as being the start of a peaceful evening. It means that there will be no more crying or wriggling and that he’s all happy, content and about to sleep well. It’s also the cutest sound ever. I usually hear it at 7 (his supposed bed time), 7:15, 7:30 and 8pm. This is because those are the times he wakes up screaming about the fact that he would rather be awake hanging out with the grown ups, before kind of dozing off each time. On the bright side, he does sleep really well once he’s actually off to Sleep Town. A place I am yet to rediscover!

Having two hands and being able to use them at the same time
I gave birth to the world’s biggest cuddle-bug. He just wants to be carried around all day if I let him. This means that household tasks are a one-handed challenge. On the occasions when I am afforded the use of both my hands, it’s so liberating! Once I caught myself trying to do some washing with one hand even though the baby wasn’t there. I sometimes forget what it’s like to be physically free! I’ve tried a sling and a Baby Bjorn carrier, but no. My little boss doesn’t really like them (he will tolerate them for very short stretches of time). I never thought I would enjoy the freedom to wash some dishes or hang out some washing! It’s truly the little things.

Making a dinner that wasn’t once frozen, isn’t leftovers and didn’t come home in a plastic container or paper bag
I sometimes get to realise this dream. Often not until 8:30pm at night, but it’s a start. There’s nothing more exciting than serving up some steak and three (fresh) vegetables to my husband in the evening. It means I’ve achieved something. I’ve taken on a mammoth challenge and and conquered it. I deserve one of those Michelin stars or whatever is the highest honour a masterchef can acquire.

The old me would shudder in her grave. She’d say, “Boring. Try something new, you muppet!”

Changing a nappy and not getting peed on…or worse.
Each time this happens, I feel like the luckiest lady on Earth. Seriously. I dream of becoming an expert at the Quick Change. The ability to switch the dirty nappy for the clean nappy as fast as a frickin’ ninja. Did you see that? No? That’s because I did it so fast, motherf…mofo.

I am always tripped up by the need to apply nappy rash cream. I reach for that little tube, get a little cream on my fingers, get closer to the…buttal region (yes – I invented that terminology along with boobal region and a few other regions you won’t find on any maps)…and then it happens. More wees. Or worse. Both baby and I are completely exposed and vulnerable. It’s not pretty.

Eating an entire meal in one sitting (with both hands – see above)
I have joked before that I’m on the 50% less everything diet because I spent a good few weeks eating only half of every meal. Especially lunch or breakfast. I’m getting better at eating “one hand” foods or coordinating lunch dates or ways of tricking other people into helping with bub while I eat (yep – clever huh). I like eating in the car. It means the bubba is calm and safe in his little seat. It’s even more awesome when my husband is driving. LOOK! TWO HANDS! EATING FOOD! FINISHING IT! LIKE A BOSS!

Breathing out
Sometimes I forget to do this.

See also:
Painting my nails.
Buying groceries and not forgetting anything on the list.
Ironing.
Remembering to pee.
Being able to think straight while the baby screams in my ear.
Clearing out my googlereader.
Not being paranoid about leaking boobs when I’m out in public.
Getting around to vacuuming under the little coffee table in the family room so my feet don’t feel anything crunchy when I sit on the couch.
Winning the lottery so my husband never has to work again and we can be stay at home mummies together forever (OK so that’s a big dream).

What are your simple dreams? (they don’t have to be baby/mummy related)