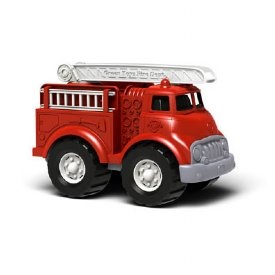 At 21 months of age (yes – I’m still talking in “months” which feels awkward but let’s go with it), the Little Mister’s powers of speech are coming along in leaps and bounds. Almost every day he has a new word to learn and attempt. He even has his own little language for the things he can’t quite master. It’s quite a fun age. The other morning his first words of the day were “f*ck f*ck”. Just sitting in his cot, looking happy as Larry to see me. I’m sure he didn’t mean it, but my first words of the day can often be the same (can I get a hell yeah?). I don’t know what he was referring to, but he did have a dummy in his mouth, so we’ll put it down to the muffled effect.

I’ve become the master of lovingly correcting him when we’re out in public and he yells out, “COCK! COCK! COCK!”

You know, so the uptight lady in the newsagents’ can breathe out again. I wouldn’t want her to bust a valve or anything.

I know it’s kind of sick, but I am actually looking forward to the ridiculous things the Little Mister will come out with in public (unless it’s something I’ve said). I mean, that’s the stuff that memories are made of, right? 😉

The mispronunciations are just so goddamn adorable. Sure, there’s like 0.5% of me (the idiot part) that worries he may one day need speech therapy and maybe I am misguidedly laughing along with his terrible, awful impediment that I’m ignoring for my own frivolous amusement. But moving on, for now the nurse said that it’s probably OK as long as his loved ones know what he means then he’s on the right track. Not that I felt the need to ask or anything…

Apparently, socks elicit the same pronunciation. The other day, I tried to help the Little Mister out.

To be honest, I’m not that fussed. He’s an innocent little guy getting his mouth around some new words. If someone has a problem with that, it says more about them than it does about my little dude. I’m cool with that.

There’s nothing that melts my heart more than when he calls butterflies “bi-fies” and asks “Dada” if they can go riding “bucks” (bikes) as soon as Mr Unprepared gets home from work (usually on a horribly rainy day – so heartbreaking). Or when he sees babies (he LOVES babies) and he says, “Bee-bees” in the cutest way. Which then makes me feel guilty for not giving him a sibling yet (not budging on that for a while, buddy – sorry)!

Each day, he notices the cues that we’re headed out. SHOES! KEYS! DOOR! CAR! In that order.

Even the way he says “no” is great. It is pretty amazingly just like this – not kidding – I have witnesses:

The coolest thing is that he doesn’t even seem to mean it yet, so it’s still funny. We are only just holding the Terrible Twos at bay, although I suspect there’s such a thing as Terrifying Threes. Just talk to anyone who has a child who is three. Just look at their faces. See the light go out of their eyes when a naive parent like me asks what it’s like?

Thanks to my influence, he loves shoes and bags, but is also obsessed with cars. Have you ever tried walking through a car park with a car obsessed toddler?

Yes. Every. Single. Car gets a mention.

The Little Mister is quite the social “bi-fie” and loves to say hi to strangers in the shops.

Best not to ignore him…he gets louder. And he will stalk you (well for as far as he is pushed in the trolley while leaning out as far as he can to the side to get your attention).

Today in the supermarket, the Little Mister spotted the toilet paper on the shelves and started yelling, “PEES! PEES! PEES!”

Someone watches Mummy in the loo a bit closely.

“Mummy’s peeing right now. I’ll come play in a minute.” …as she reaches for the toilet paper.

Why did I just start writing in the third person? I don’t know what’s going on anymore.

We slipped right on over to the frozen foods section (which was conveniently close by) and I gave him a bag of peas to hold. Crisis averted.

Got any stories about the little chatterboxes in your life?