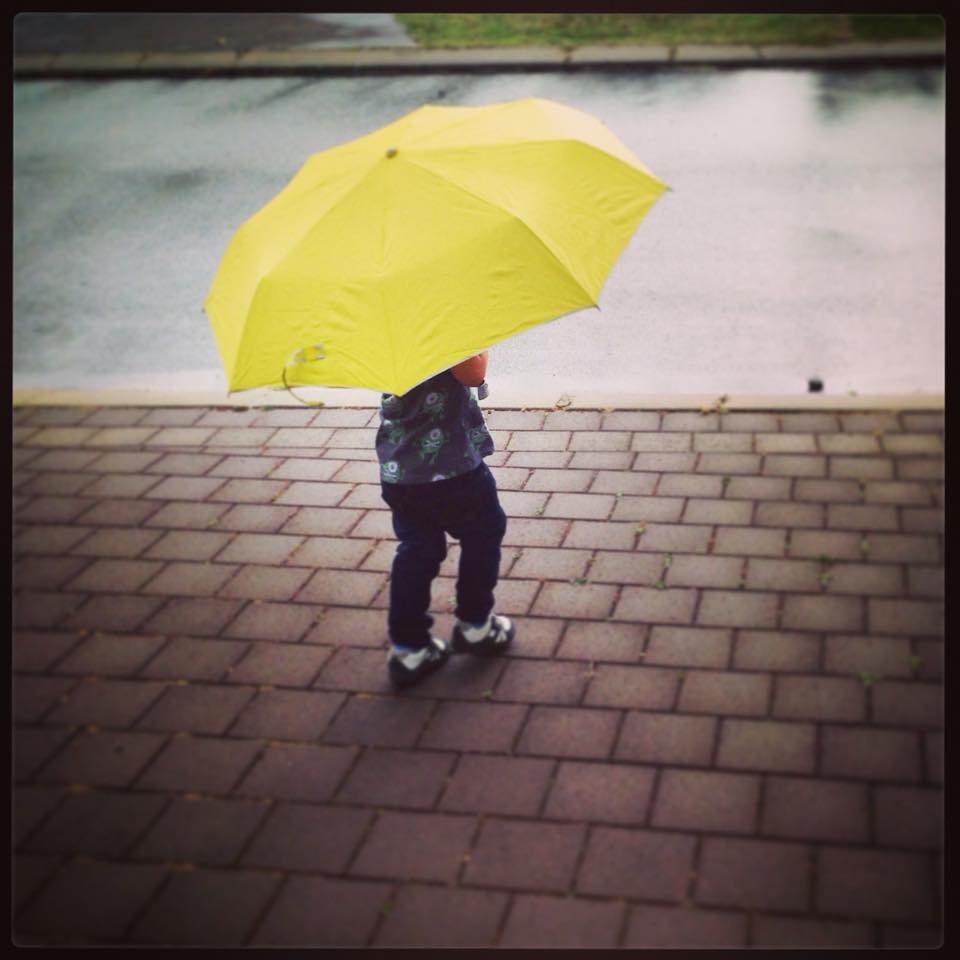 I have to be really honest and admit that BC (Before Child) I was really excited for the day I might have a toddler of my own, who just says the most ridiculous stuff. I dreamed of a child that would be my favourite comedy show, day in and day out. I imagined a life where I would be all, “HA HA HA. I CAN’T BELIEVE HE/SHE JUST SAID THAT. HILARIOUS!” every five seconds.

Of course, I probably had quite the rose tinted visions of my future (that didn’t include tantrums over the most weird things or toilet training or me being interrupted EVERY GOD DAMN TIME I SPEAK), but generally speaking, the Little Mister has not really disappointed me with his chatty ways. Even some of the infuriating stuff can seem pretty funny in hindsight.

Some days, it’s all about the “What’s this?” (the pre-cursor to “why” I’m told). It’s constant. And it’s always stuff that he knows.

“YES, LITTLE MISTER. THAT IS A COUCH. THAT IS A DOG. THIS IS A BOOK. THAT IS YOUR NOSE. WHY ARE YOU DOING THIS TO ME??”

Of course, I don’t really say that. I put on my ‘patient mummy’ voice and say, “Hmm. What do you think it is?”

“I don’t like…” is often uttered in regards to all of the Little Mister’s favourite foods for absolutely no reason at all, with no predictability whatsoever. Usually at the worst time. I think what he means is that he doesn’t feel like that thing right in that moment, but it’s still really irritating! Why you gots to be so difficult, child?

“Don’t know.” Said with the tone of a belligerent teen. An answer for every question he’s too lazy to answer properly. I asked Mr Unprepared where he was getting this annoying phrase from and he answered… *wait for it*…

*eye rolls* He says his reply was a joke, but I’m not buying it, just quietly!

“Bleeeeergh.” This covers everything from foods he doesn’t like, to the idea of getting a kiss on the cheek. I am waiting for the day he says it to a stranger for a really inappropriate reason. In public.

The Little Mister also comes out with some very random things. He never fails to take me by surprise. These things are usually wildly out of any kind of understandable context and completely irrelevant to whatever is being done or talked about in that moment.

“I have bones. You have bones too, Mummy. And Daddy has bones. Everybody in the world has bones!” He has a point.

“I’m doing yoga (pronounced ‘oga’),” as he does a very convincing downward dog, making me wonder if he is actually my child.

“Mummy, you don’t have a willy.” I want to give him the correct terminology for my lady parts (and I have subtly done so) but I cringe at the idea of him yelling about them to everybody in the middle of the supermarket. We all know that moment is coming. It’s just a matter of ‘when’.

And at other times, “Daddy! YOU HAVE A WILLY! AND I HAVE A WILLY!” in a tone quite similar to Oprah giving away cars. Like everybody wins because they have willies.

“I want a sandwich cut in two halves, but NO BREAD.”
Um OK. I asked him, “How can you have a sandwich with no bread?”
He shrugged and chuckled, “Don’t know!”

Sporadically asking for porridge and then not eating it. Every few weeks, the Little Mister will suddenly, unpredictably, ask for porridge for breakfast. He’ll be all excited. He will even retrieve the oats from the cupboard for me (or Mr Unprepared) with the joy of a child on Christmas day. The porridge will be made, then served. He will then show absolutely no interest in it whatsoever. Just walks away without a word. Like it never happened. So we wait another few weeks for the next surprise porridge demand.

When the Little Mister was about 18 months old, he was adorable. WAS. I remember clearly, heading over to Tasmania to celebrate the life of my grandfather who we had just lost to dementia. The Little Mister couldn’t speak very much back then (although he gave it his best efforts anyway), but he would just burst into the sweetest little baby voiced “Row row row…” and the rest of the family would sing Row Row Row Your Boat along with him. It brought him so much joy to initiate a family singalong and it was even more touching when we all realised it had been my grandfather’s favourite song. It’s like he knew. I mean, AWWWWWW.

He also makes up songs about poo. The only lyric is the word ‘poo’.

Yesterday (at around 6pm – other parents know what that means), I was trying to explain something or other to Mr Unprepared. Every time I opened my mouth, the Little Mister would run around and yell at the top of his lungs, “EMERGENCY!! EMERGENCY!!”

Before I could open my mouth a fourth time, the Little Mister looked at me and said in an amused tone, bordering on patronising, “Oh, Mummy. You’re trying to say words.” 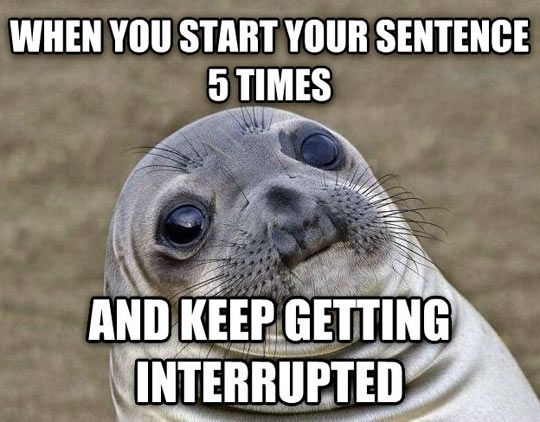 And there’s so much more toddler gold where that came from.

What’s the darndest thing your kid has have ever said? Did you ever embarrass your parents? (seriously I love these stories) 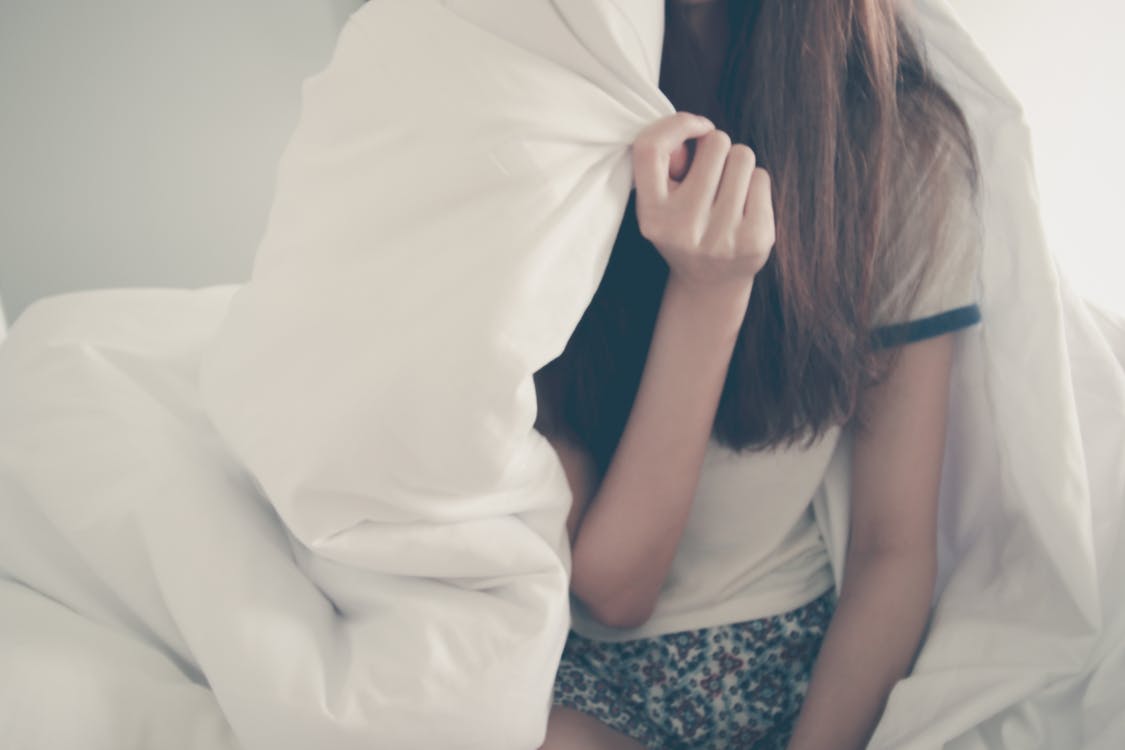