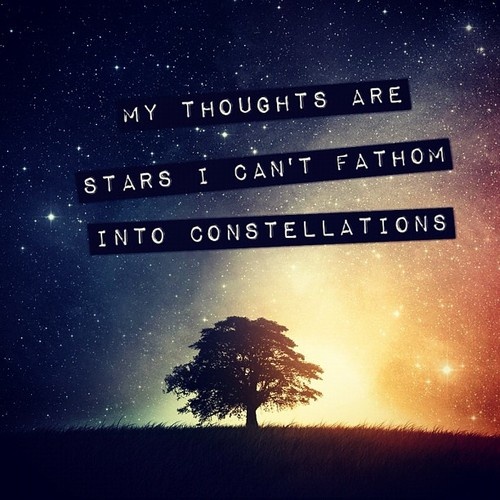 So basically, this post is about all the things that are too long to tweet, and may be too boring to put on Facebook. Wow, I’m really not selling this. So…this post is about all the little things in my brain that aren’t probably long enough to have their own blog posts. Poor little thought orphans. Nowhere to go. Don’t worry, little thought orphans. I’ll give you a home. You can all live together in this one poor excuse for a blog post. It’s not much, but I’m here for you, little buddies. Time to move out of my brain and out into the world. BUT… maybe they’re not thought orphans. Just thought teenagers. I’m kicking them out because they’re just stinking up the place, lounging about and not doing much with themselves. I’m not always great at analogies. THINK OF THE THOUGHT CHILDREN!

Shall I get started?

Yesterday, Mr Unprepared, the Little Mister and I decided to have breakfast at a lovely local café franchise that overlooks the beach. It was a beautiful sunny day and we scored a great table out the front. We were about to embark on a day of toddler car seat shopping and oven perusing (RIP old oven – I’ll miss you). We needed sustenance. Of course, we didn’t realise that our breakfast real estate had some issues. Great location. Terrible neighbours.

There’s always this one person who has to speak louder than everyone else. This person is usually bitching about something. I happen to know that this person works for the government somehow and that she does all the work, while her team take advantage of her (she sounded like suuuuuuuch a giving soul). I also know that her friend is either mute or a doormat. We didn’t hear her friend speak once. Loud Government lady went on and on and on and on and on, while my husband and I were only able to give raised eyebrows at each other over the table. Wow. That lady could talk under water. I was silently hoping she would stop to ask her friend a question about herself. Never did. I honestly do not understand people who do that. I don’t think it was the chatterbox thing (or the having a hard time with something in your life thing), so much as the self absorbed thing that bothered me. Not noticing the volume of your voice, not realising you’re dominating a  “conversation” so much that your companion doesn’t have a voice? What the hell?

I would have felt bad about eavesdropping, but she honestly gave us no choice!

Every toddler has their limits.

I have decided that there is a limit to the amount of places you can stop at on a morning before nap time, before you are just asking for a toddler meltdown. I have realised that 2.5 places is the Little Mister’s threshold. Yep. Two and a half stops. That’s 6 “get ins” or “get outs” of the car (including at home). That’s 2.5 locations of pushing/carrying/hand holding/chasing a toddler before it’s all too much and you get the hell outta dodge. Won’t be making the mistake of attempting three places again. My bad.

Is it bad that I secretly enjoy it when my husband has a day off work and gets to experience the Little Mister in weekday Terrible (almost) Twos mode? Like when he’s not just in an extra good mood and behaving because of the novelty of Daddy being around? When a day with my husband and toddler perfectly replicates the challenges I face daily while he’s at work? The squealing, the lack of quality nap time (for both of us) and the constant demands? I get this smug feeling, where I want to dance around and chant, “NOW YOU SEE WHAT I’M DEALING WITH! NOW YOU SEE!”

To be fair, my husband has never (consciously) diminished what I do around the place each day as a stay at home parent. I know he truly appreciates it and knows it’s a big job. It’s just that he doesn’t often experience the worst of it first hand – the clinginess, overtiredness and lack of down time (for some reason the Little Mister usually naps amazingly when his dad’s home – typical). I just like him to have an accurate representation to work with when he imagines what I “do” all day! Am I a bad person? Don’t answer that 😉

The other day I found a slug in the shower. He was just chilling on the wall. After I got over the initial, “OH MY GOD – THAT IS GROSS…” I started to wonder. Where the hell did it come from? How the hell did it get in my bathroom? How many more might follow his slimy trail into my humble abode? I then started watching it intently and praying that each time it moved, it wouldn’t just somehow flop off the wall and onto any of my naked body parts. EW! By the end of the shower, we’d made peace and I was looking at it all curled up on the wall, like it was snuggling with itself. I felt sorry for it because it seemed really lonely. I then started to wonder how slugs make friends. Where would you go? The usual watering holes? Play a sport? What sport can a slug play?

The Little Mister has just figured out how to ask me to go and play with him in his play room. When he first asked me to “play?” with a sweet, hopeful look on his face, my heart exploded. ADORABLE! He’s asking me to play! Oh, good for him! That is toooooooo cute! I was all like, “AWWW! Of course I’ll play! OH I LOVE YOU!”

Then I remembered how the “cugs” started. Adorable when your child makes up a word that is a hybrid of both “hug” and “cuddle” and asks you to do so with him. The first fifty times. Now it’s screamed and whinged, “CUG!!!!!! CUG! CUUUUUUUUG!” at the most inconvenient moments!

Maybe, “Play?” won’t be so cute for so long after all…

The Little Mister has entered birthday party season. Birthdays mean cool snacks, cake (“CAKE CAKE CAKE CAKE!!!!”), fun play equipment/toys/games and lots of action. After a big weekend of parties and parks, the Little Mister has awoken asking me for cake, slides (he calls them “hee hees”), car rides, bike rides, bubbles and the like. I’ve informed him that despite his highest hopes, every day is not a party day. He seems to be taking this news well enough for now…ask me how he is at 5pm when he realises he’s been nowhere and is still in his PJs.

That’s right. Mummy’s having a quiet day too! It’s good for our mental health.

So…do you have any weird, random thoughts you’d like to get off your chest?