One place that we all wanted to see while we were in Japan was the Hiroshima Peace Memorial Park. It’s one of those places you put on bucket lists (if that’s your kind of thing). It’s quite the experience and while it is confronting, you walk away feeling like you opened your eyes to something that needs to change in this world.

When we got to Hiroshima, we were a bit early to check into our hotel, so we dumped our stuff and headed straight to the park. As soon as you see the old Atomic Bomb Dome (the only building left standing), you start to feel the feelings! It’s like this quiet just falls over you and it’s a combination of awe and sadness. It is said that they will leave that building standing until all the nuclear weapons of the world are gone. Sadly, I fear it will remain standing for far too long, for generations to come. 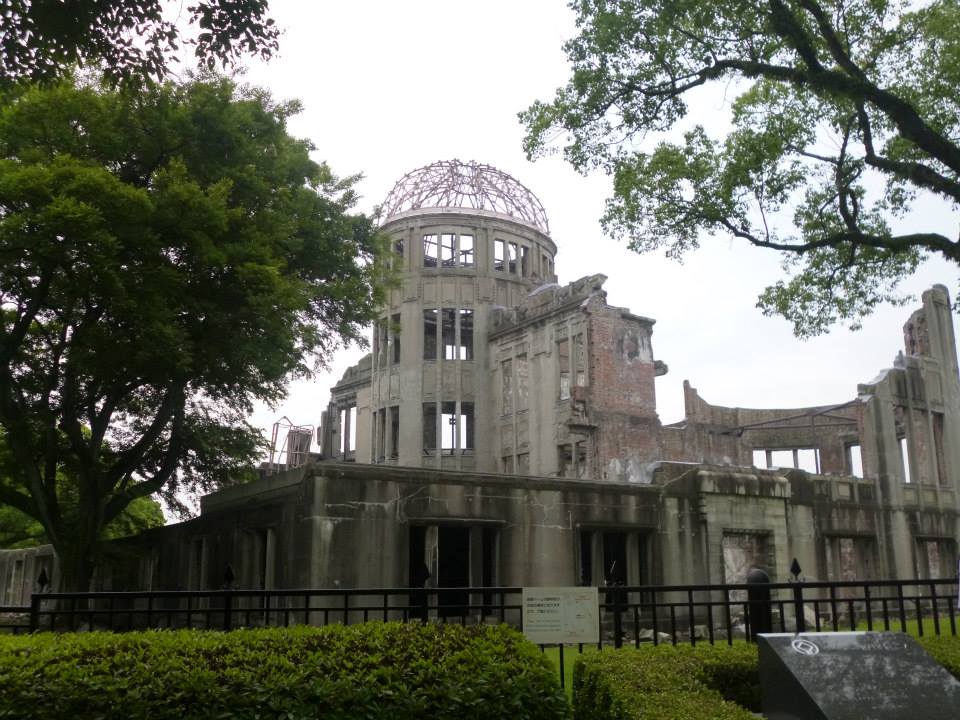 We also visited the museum. In the entrance there is a clock. Underneath this clock, you can see the number of days it has been since the bombing of Hiroshima (in 1945). Underneath that is like a kick in the guts. It is the number of days since the last nuclear testing occurred around the world. At the time we visited that figure was a pathetic 282 days. Really makes you think. 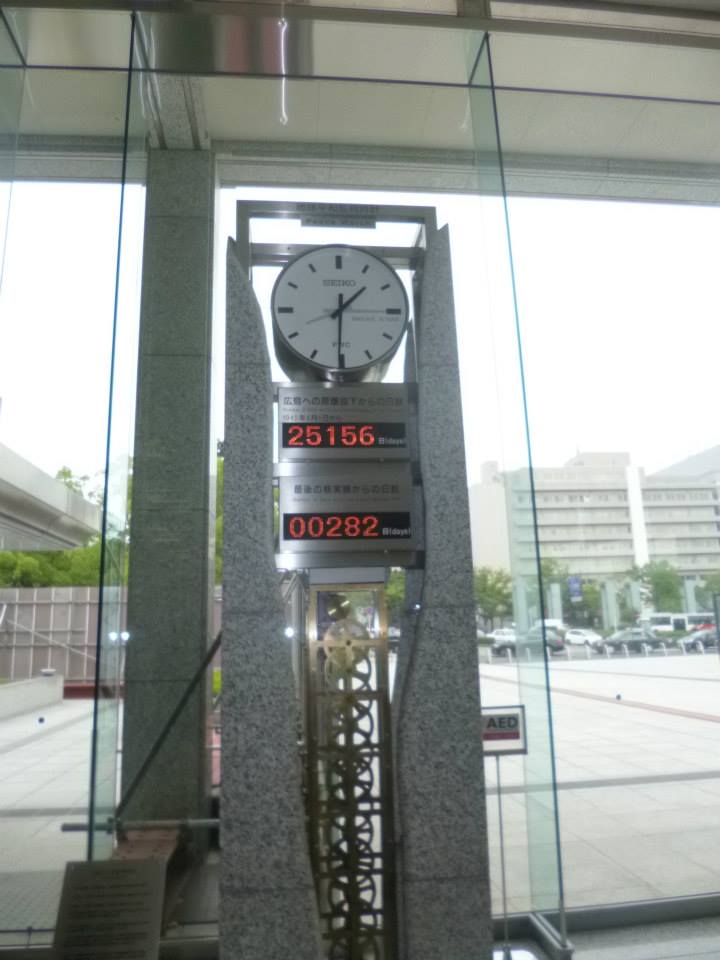 A few things really stand out in that museum. There is a watch, with the hands stopped at the exact moment the bomb hit. There are walls filled with copies of protest letters (written by the mayor of Hiroshima) sent to different world leaders every time they perform a nuclear test. These letters plead with them to remember the horror of the 6th of August, 1945 and to rid themselves of such dangerous weapons. It’s quite sad to see just how many letters there are (with room left for the inevitable future letters that will need to be written).

Another really profound and confronting experience is the section of the museum where there are artefacts from the bombing. Personal possessions of the victims, paired with stories. Really human, real stories. Stories of the many school aged children who were working at the bomb site when it hit. Stories of how their parents searched for them, found their possessions later and kept them. How children stumbled home and passed away from the horrific burns only days later. There are photos of the victims’ burns. If Hiroshima wanted to make the consequences of an atomic bomb seem really real (and not just some dry information in a history text book) then they really succeeded. These were real people, innocent people, who suffered such cruelty. It reminds you that every news story about those foreign people far far away who are killed or harmed is real.

We had to zoom the Little Mister past some of the exhibits and either Mr Unprepared or I would go ahead and make sure it was safe for toddler eyes before we moved through. We avoided the burns photos and the mannequins that simulated what the victims would have looked like, walking injured and shocked afterwards. The Little Mister was non the wiser and I felt relieved about that. It was a little dilemma being there with a toddler, because we wanted to have that experience but obviously not at the expense of our son’s ability to sleep at night and stay innocent for a little bit longer to the horrors of war in this world (obviously that is a privilege I do not take for granted). It is possible – just have a strategy.

It was very moving to see Hiroshima’s pleas for peace. As much as their efforts seem futile, I really admire the fact that they have taken this tragedy and resolved to do better in the world. Their passion for achieving peace and the eradication of nuclear weapons is impressive.

I definitely recommend that you see this place at least once in your lifetime.

Have you been? How was your experience? Do you hope to go one day?