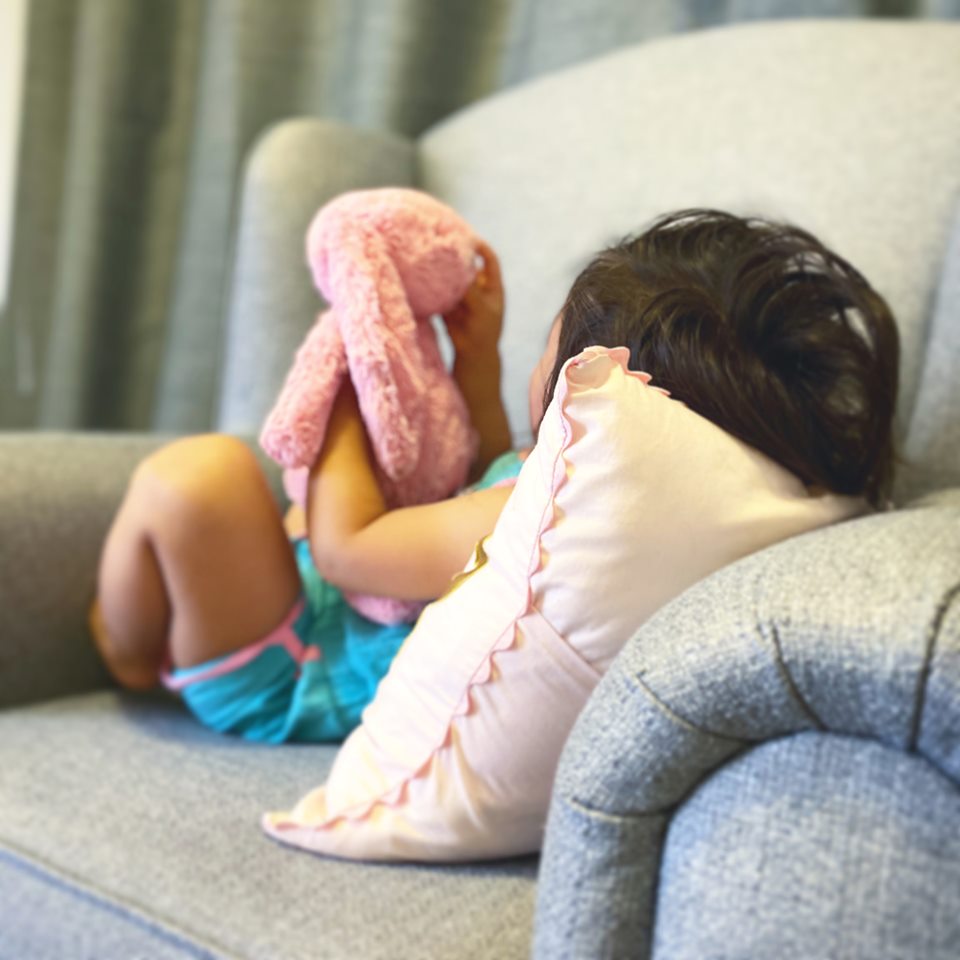 I woke at 1:30am and could not get back to sleep. It got really unbearable and by 4am I left the room to lie on the couch. I felt bad because it turned out that I had already disturbed Mr Unprepared. He came out to check on me. I admitted that my recent struggles with sleep had really started to take a toll on me mentally and physically. He was really sweet and laid down with me, all squished on the couch, and let me talk. Everything just tumbled out of me. All of my frustrations, my lack of creative outlets (when I can’t express myself my mental health suffers), my lack of self care etc. All the little things were piling up on top of me. I was upset that my laptop still wasn’t working and would take days to fix.

He was really kind and suggested I go out that very day and buy a cheap and cheerful laptop that we could eventually hand down to the Little Mister for school work. I could be writing by the end of the day. You have to understand that this was not only very generous (most people would obviously wait and pay for their computer repairs) but very out of character for my husband! He said then I could fix my beloved computer in my own time without waiting any longer (the cost was comparable).

I appreciated this so much. The summer holidays leave very little time to yourself, January is always a weird month for my mental health (no matter how much fun I have with my family or friends), and I just really needed to be able to journal or blog about the things I was feeling or needing to express. Writing really is my fix for so many things.

I took the kids around town doing my research and comparing prices etc. They were surprisingly well behaved (although the Little Miss cracked it at one point while I made THE purchase). I was really lucky that a friend from high school was working and helped process the sale – she’s awesome and loves my kids which helped.

Of course I dropped a stupid internet care card that had the security codes on it while loading the kids back in the car so I was too scared to use the new laptop that night which drove me nuts. I resolved to go back the next morning and fix the issue. Sigh. So close!

This morning I returned to Harvey Norman as planned and the same staff that helped me (including my school friend) were there. They were so kind sorting my internet care/security stupidity. I started to feel like this was my new hang out spot while we were chatting and laughing. I need to get a life haha.

While the Little Miss napped, I tried to figure out a bunch of stuff on the new computer. It’s Windows and I am a Mac girl (who grew up with Windows). I remembered why I like Apple haha. Still, it was good exercise for my brain!

This afternoon we went to my mum’s house for a swim and to drop off the Little Mister for a sleepover (he was very excited). During our swim the Little Miss was a bit less screamy than the last time and I marvelled at how confident the Little Mister continues to be in the water. He has so much fun and he gets about just fine now. Not having to worry about him as much has been such a relief. Knowing that he could get around a pool with his friends and join in without falling behind has been lovely.

This evening the Little Miss’ preference for me was off the charts. My husband did his best to bath her and dress her in her PJs like he does every night but she only wanted me and was crying and carrying on. I talked to him about how we would have to work harder on him being her person too. It was just not healthy for either of us if I was her whole entire world 24/7. We resolved that moving forward I would take more time out for self care (so she’d have to rely on someone besides me) and we’d try to restore balance.

Woke up around 1am to a power outage. I would normally be fine but our baby monitor beeps to tell us and I always know that the Little Miss will wake afraid of the dark. As predicted, it happened! I was enjoying a bit of a lie in to make up for the middle of the night wakings, when it started to rain. If you don’t know, the Little Miss’ arch enemy is rain. She HATES it. It scares the crap out of her when she hears it on the roof. Even a little sprinkle will send her into a tailspin. I admit I was starting to feel like there was a conspiracy against me ever sleeping again!

The Little Mister returned from his sleepover with my parents today and we all enjoyed a quiet, kind of lazy day.

While the Little Miss slept, I wrote a blog post on the new laptop and it felt really good to be writing again.

This time it was Mr Unprepared who was waking me all night. He was hogging the bed BIG TIME! what the hell?!

When the Little Miss was napping, I slept almost the whole time! I was so zonked!

After her nap, I made good on my promise to myself that I would take my self care time. I went and had my nails done. I discovered soon after that my new nail colour is the same as my Woolies Every Day Rewards card. I probably got subconsciously inspired by the only place I ever go in my life (yo where’s my sponsorship haha).

Something triggered me tonight with a bit of a social anxiety crisis. I felt suddenly irrationally left out of a social situation that had nothing to do with me. But then I reminded myself that there are some things that I don’t really want and that FOMO can be a dick. That happens a lot to me during the beginning of a new year.

This morning, Mr Unprepared took the kids to Bunnings (I had informed the Little Miss she was going to Bunnings and she thought I meant she was going to go see bunnies and was most annoyed when there were no bunnies). This freed me up to have a short workout on the treadmill (I was so not in the mood but I was glad I did it). I had a shower and fit in a quick phone call with my mum before they got home. It was so good for my mental health and I’m so glad to be reclaiming my self care time. It has been hard with the Little Miss clinging to me so much lately. It’s really draining being someone’s whole entire world (in her little mind anyway). The upside of me getting more time to myself has been that she has started to bond more with her dad and rely on him more instead of me being her only choice.

In the afternoon a roast was put in the barbecue and we spent time in the backyard. It was great. I had my Spotify playlist on and it was relaxing.

When the kids were in bed we watched The Hustle on Stan. It was a good, light watch! Definitely a distraction from the to do list I’d been writing for when the Little Mister returns to school (a new school). It had been giving me anxiety!

Today was a milestone day. The Little Miss learned how to say ‘no’. Uh oh!!!

Everyone was tired this morning after rough sleeps all around (even the Little Mister had a surprise sleep in). It was a ‘tick school things off’ day. I like to try to be organised long before the first day of school so I don’t panic at the last minute! I mean, I usually do panic a bit but not as much haha.

I really didn’t know if my Terrible Two (who hadn’t slept well) would survive around the shops but we got lots done! The Little Mister got school shoes, some book list supplies (we order online so we had most of what he needed but there’s always a little additional list to buy at the shops) and there was even time for birthday present research for the Little Miss’ upcoming birthday.

Today I made the call that I would trial putting the Little Miss’ midday nap back by half an hour. I felt like maybe her naps were affecting her night time sleep negatively. I really hoped it would pay off.

I only slept for 4 hours last night. Still I pushed on because this morning we had to go birthday shopping for the Little Miss. I am so glad I can still get away with buying stuff right under her nose. I basically pushed her along in her stroller (she faces away from me) and picking stuff off the shelves behind her as we went! Kind of funny, really.

I was SO excited because my Steph Pase Planner for 2020 finally arrived!!! Only down side was that my fatigue (not just from last night but also an accumulative issue) had really broken my brain. I couldn’t think straight and kept making mistakes. GAH! I really needed to have a good night’s sleep and wake up the next day with some cognitive function!!

Mr Unprepared loved my planner too. He’d wondered what all the fuss was about and why I’d pay what I did for a planner. Once he saw it he understood and was glad it would help me. 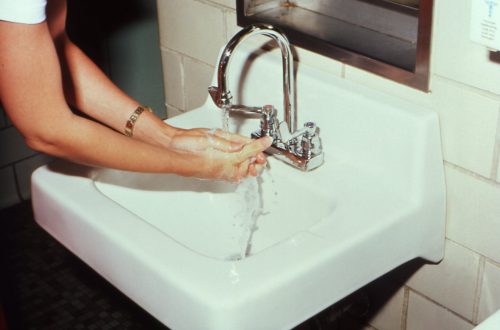 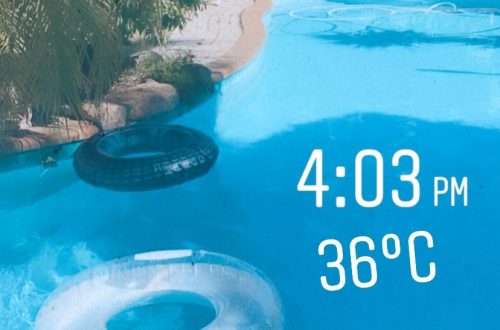