While we were in South Korea, one of the places that the guys really wanted to visit was the Unification Park in Gangneung. You can read about it below. Basically, it was a centre created so that people could be educated about an attempted infiltration by the North Koreans in 1996 and how the South Koreans had managed to thwart the attempt. 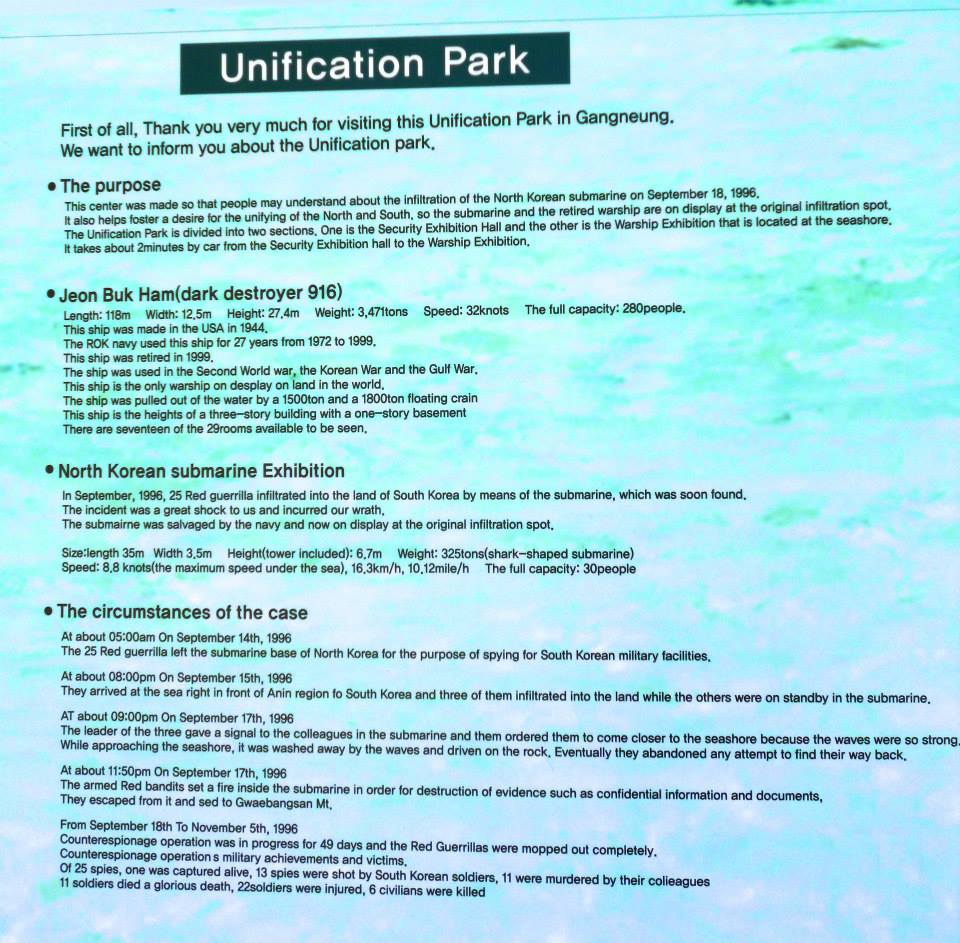 The park was set in a beautiful place. The water sparkled the most amazing blue-green and as the sun was shining the day we visited, it was just stunning…even with all of the concrete and barbed wire designed to stop any more North Korean invasions. 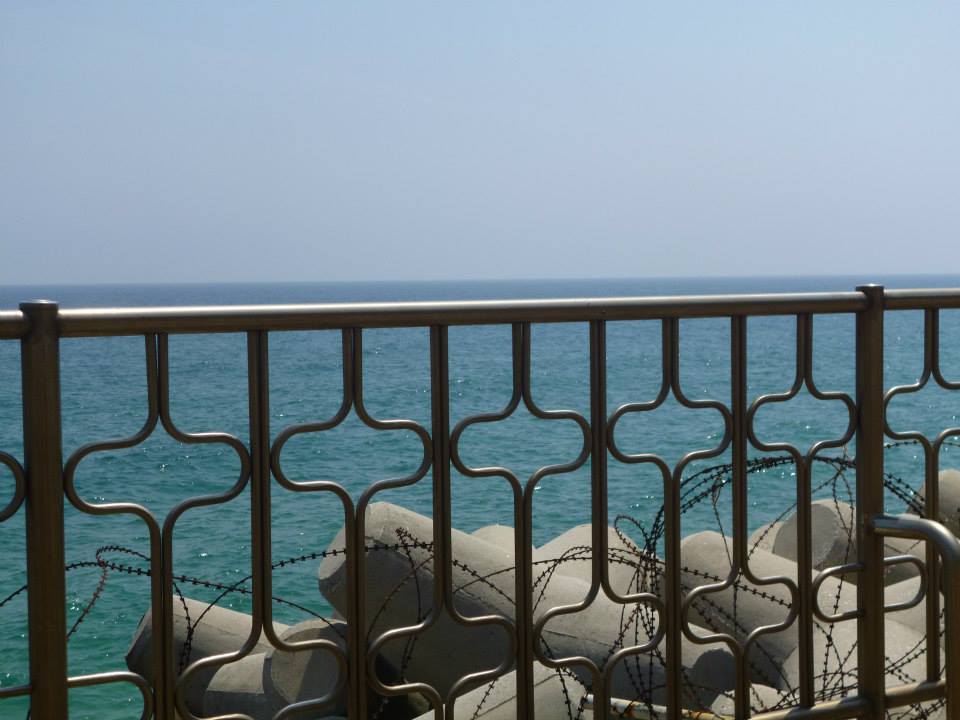 I imagine that prior to the infiltration by North Korea, this would have been the most beautiful beach. As well as all the barbed wire and concrete, there was a guard tower that looked over the Unification Park. At one point we got a bit too close, trying to find a way up onto the road and the guys with machine guns were all yelling at us to get back. Oops! I mean, not scary at all. Not one bit. Well, a little bit.

Also on display was the North Korean submarine that had attempted to land there. It had run aground and then the South Koreans tried to burn it. 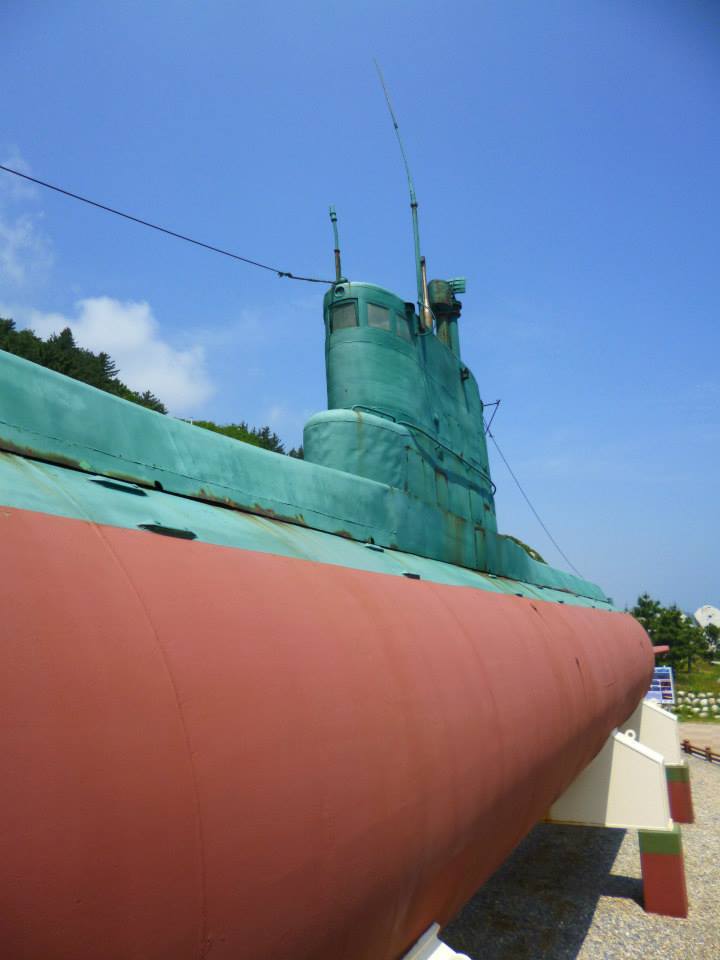 Tourists were able to climb inside and walk through it. It was all dark and very cramped inside. The area you walked through was very low and it still had the burnt, melted computers and radio systems inside. It was actually quite a creepy little place to be and I was happy to climb out and see the sunshine again! I would not recommend this for claustrophobic people (or probably people who see ghosts or something haha). Still, it was very interesting and kind of surreal to experience. Oh, and after we climbed out we realised they had hard hats hanging on a rack that you were supposed to wear in there. Oops.

It wasn’t all doom and gloom or military pride there, though. There at the bow of a 1944 US built military ship (used by the South Koreans), was this… 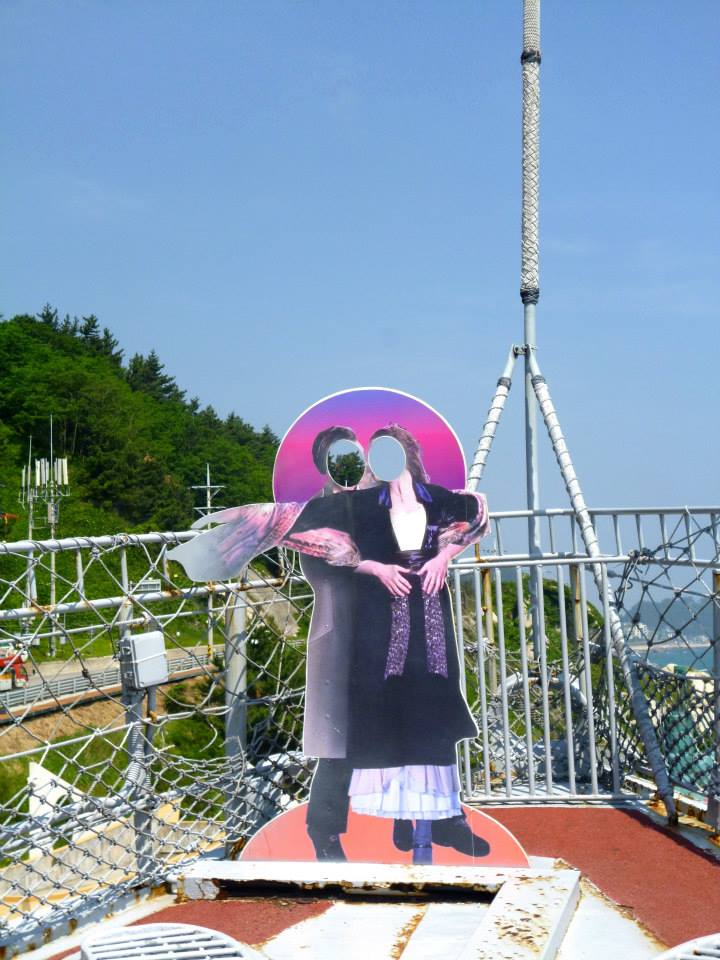 Yep. Doesn’t get more random or out of place than that! I mean, you’re winding your way through the ship, seeing various artefacts and reading about war stories and seeing how the soldiers would have lived on the ship, and then BAM. There’s Jack and Rose. Without faces. Willing you to live out your Titanic fantasy. Not weird at all.

We also had a little laugh at the Korean to English translations. Watch out for that snppery floor, everybody! That’s OK. We’re crap at your language too, Korean people. All in good fun haha.

This was about as close as I was willing to get to any North Korean stuff. Before the trip, we had thought about a visit to the Demilitarised Zone (DMZ), but I watched some YouTube videos and did some reading, deciding that I definitely did not have the courage. I know that thousands of tourists visit every year and it’s all fine, but I just felt like the atmosphere would creep me out more than anything. While I do find that stuff fascinating, I also find it disturbing. I knew that I would definitely not take the Little Mister with us. One wrong move and things can take a troublesome turn. I wasn’t willing to risk it and I didn’t think it was right for him to be there. I know other people have taken their small children before and had been just fine, but each to their own!

On another note, I feel that the most people know about Korea itself is the antics of the North Korean cult like leadership and the poverty and despair of its people. While that stuff interests (and horrifies) us outsiders, I hope that my blogging of Korea has helped to debunk any uneducated myths about what South Korea is like. I think that perhaps people do not picture beautiful beaches or vibrant cities rich with culture when they think of the place and just like I learnt a lot while researching and experiencing the trip there, I hope to pass on some of that knowledge…if only so people won’t keep saying, “Are you from North Korea?” when they find out I was adopted! 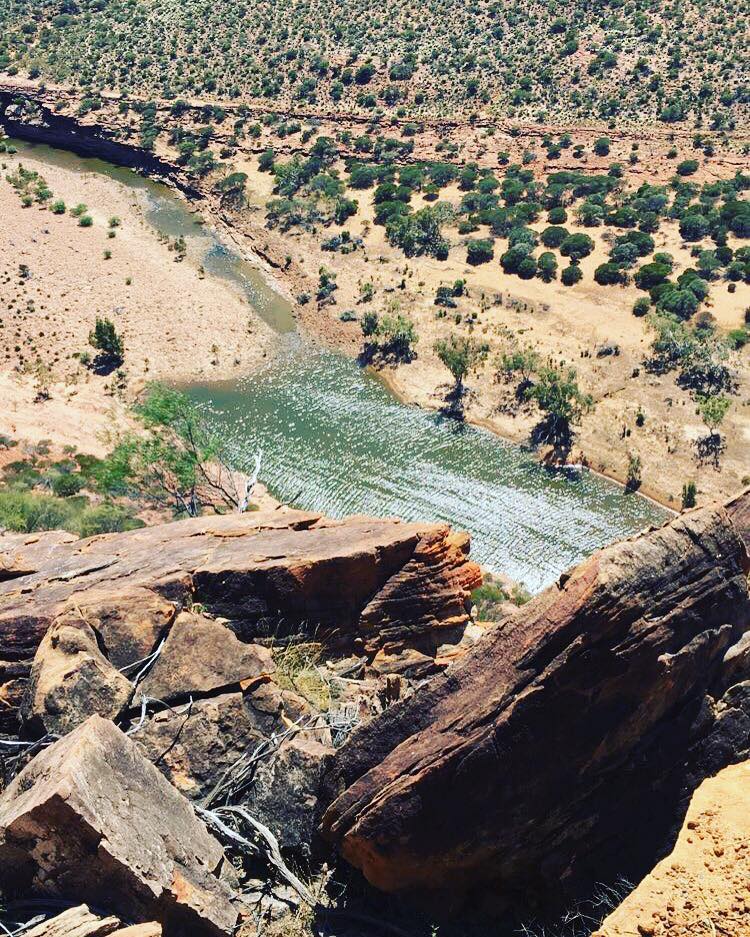