This is one of my (sure to be) many posts about my family’s journey to Singapore (for stopovers both ways), South Korea and Japan. I have thought about how I want to document this trip and have decided that it won’t necessarily be a chronological type of thing, but more a bunch of posts about various themes, thoughts and events etc. Hope it will still put together a picture for you all xx 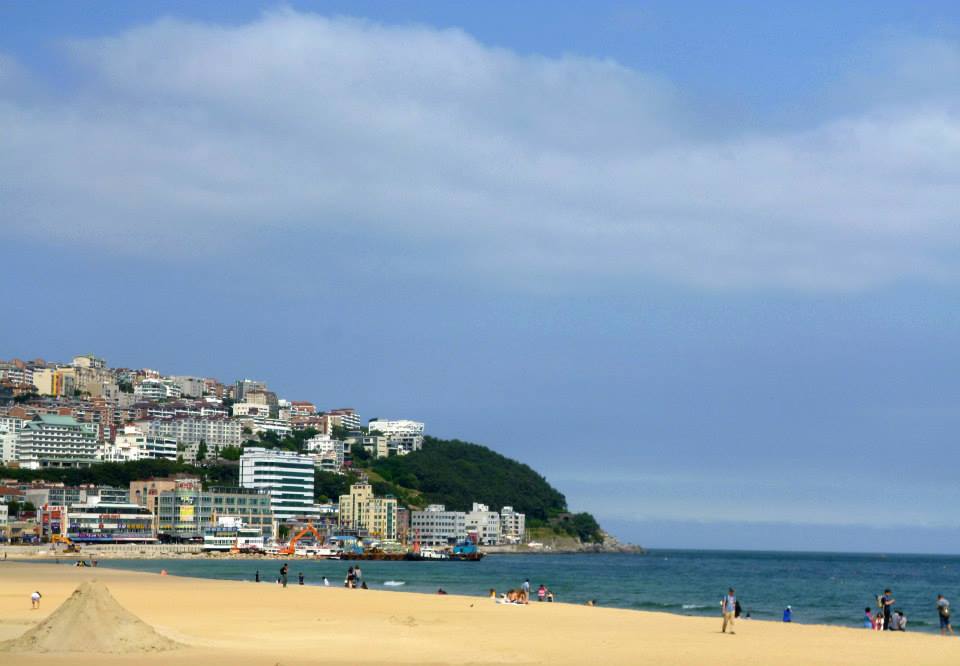 So I’m typing this in real time, so to speak. As in, I’m posting it while I am still here (and will publish it on the same day I wrote it too – go me)! Where am I? I’m in the bustling seaside city of Busan, South Korea. I am slightly hungover (another blog post to be written I am sure) and looking out of the big windows of my suite (upgrade – hells yeah!) as the morning sun gently caresses my view of the famous Haeundae Beach. This seaside location is amazing. So many great places to eat, drink (trust me) and shop. We’ve experienced the city in disjointed instalments. It’s so huge that we’ve caught subway trains, gone through tunnels or caught taxis to who knows where with drivers who care not for the road rules. I’ve spent so much time underground or fiercely protecting my Little Mister against bad driving that it is hard to piece together a mental map of the city.

Still, it is a place I could really like. It’s known for its beaches, its shopping (it houses the world’s biggest shopping mall) and its seafood. Hello, have you met me?

Interestingly, it is also the place I was born. That’s the real clincher.

I was adopted at the age of five months from Korea and found my way to my loving family in Australia. I had never been back. Until now. Whether I’d like to admit it or not, being adopted has shaped a lot of who I am today. The good (amazing) things and some of those deep scars you just have to work through over time.

Coming here was a slightly confusing issue. On the one hand it has been considered a once in a lifetime pilgrimage to experience the places my brother and I were born in for the first time, but on the other hand it has been a great tourism adventure. A holiday. We collectively decided not to place pressure on ourselves to do anything overly emotionally tough (a lot of people might track down biological families or visit old orphanages etc while in their birth place for the first time since they left). It would be a holiday, with a twist. If feelings came up we would deal with them.

Well, feelings did come up. It all started bubbling away under the surface as we got closer and closer to the trip away. My anxiety (while initially driven by something else less related) was at its worst and I did my best to manage it (although admittedly I felt like a ridiculous basket case). It still wasn’t real. We were having a great travel adventure until we left my brother’s place of birth. I watched him as he appeared to take it all in his stride. I was proud of him as he navigated the streets with confidence and met new people on his night time excursions. He seemed to genuinely enjoy the place and I thought, “Wow. I think I’ll really like this experience. I hope mine is the same.”

Despite my optimism, I started to get anxious, emotional, and downright grumpy the closer we got. It’s not like I was overthinking anything. I wasn’t going over my adoption and what it meant in my mind all day. I wasn’t even trying to make myself feel something. It just was there. Something. Emotions I couldn’t even place in a specific way. Like, “Oh I’m feeling this way because I was thinking about x, y or z.”

They were just creeping up on me. Sneaky little bastards.

I started to feel extremely sad while we were in Gyeongju (the place we were in before we got to Busan). At one point I bawled my eyes out like crazy. There was an incident where there was a miscommunication with my family and when we got to the place we thought they would be, they had left and I felt like a sad, abandoned little kid again. I knew in my head that they hadn’t rejected me, but my damn emotions just took me back to some place I didn’t expect to revisit so strongly.

When we arrived in Busan, it felt surreal. We had experienced a taxi ride out of the train station (to the hotel) that had made me feel gross inside. The driver was one of those guys who likes to test the brakes and accelerator whenever possible and the Little Mister did not even have a suitable seatbelt (car safety seats/harnesses for little ones seem to be very optional here). I felt edgy and overwhelmed. Daunted. Not a great initiation to Busan. However, realising we had an amazing hotel room (after being in dark, cramped hotels which were otherwise very acceptable for a couple of weeks) did help. It feels spacious here and ocean views will never get old.

I was tired and feeling fragile. I was craving time alone and became obsessed with getting a manicure. Maybe I just figured it would be therapeutic. Time out from our crazy holiday and space to process things. Not to mention, pretty girly things always do wonders.

By the end of the first night I felt happy. I made a joke about street drinking being legal here on Facebook and went to sleep. Easy, right?

The second full day in Busan (yesterday) shit got real. I was getting really stressed out about the Little Mister. He’s having a ball but he’s regressed in some ways (some practical and some emotional – another post for another day) and I was feeling like a bad parent for a lovely variety of reasons. He was anxious, had been playing up all morning and I had perhaps made a call that wasn’t helping him too much and it was brought to my attention by caring family members. It struck a nerve and I got really really really angry. I marched for city block after city block, my husband trailing behind me to make sure I was safe. Eventually he caught up and I bawled my eyes out on the streets, behind my sunglasses. I was sick of being stared at. I felt like we were a walking freak show (Eurasian children get so much attention here – it’s like they’re celebrities and it is very overwhelming). The Little Mister had finally dropped off to sleep (bless his soul) and we sat on the walled edge of a garden bed. People kept trying to sneak a peek at our bi-racial child and then would see me wiping away my tears. I had had enough. In that moment I wanted to go home. Home where there was a life I knew. Home where I felt like I belonged somewhere. Familiarity for the Little Mister. A place where I could be a better parent. I felt like I had made the biggest mistake and I was heartbroken and disappointed that I had all these stupid feelings which were inconveniencing my lovely holiday.

I was in a place where the trauma of adoption had begun (not that I would have my life any other way but it is what it is). My child was anxious and insecure in the place I had been born and then given away (I’d been having dreams about him being kidnapped and me knowing I’d never see him again – it doesn’t take Freud to figure that shit out). Everything had just bubbled over. I was no longer in control.

Eventually the rest of my family caught up with me. I managed to articulate my feelings and their reassurances were so comforting. My husband’s support was invaluable. My sleeping little cherub filled me with love (insert joke here about them being so much more precious when they’re slumbering). I felt broken and exhausted, but we all soldiered on as best we could.

My parents took the Little Mister home in a taxi and Mr Unprepared and I fulfilled the round trip subway tickets we had left outstanding. We stood on a peak hour train completely anonymous (celebrity toddler free). It was tiring and I was feeling the hangover that emotions and lack of appetite from stress tend to give you, but it was healing. It’s hard to heal in public, with the eyes of a whole city on you everywhere you go with your child (do not get me wrong – 99% of the people here are so friendly if a little overbearing with their enthusiasm).

Dinner was the best meal I have EVER eaten (no joke – I was in heaven after the day we’d had) and later we took my parents up on their generous babysitting offer and headed out on the town with my brother. We met new people, drank ridiculously affordable cocktails (think at least 50% off the price of a good Aussie cocktail) and it was much needed time out. I was back in love with my birth place. I was just an Aussie with a twist who was having a good time. I was me.

I think that’s what I’ve taken from this journey so far. I am still me. For all my points of difference. My identity is still strong and thriving. I needed to come here to realise that nothing and no-one can change who I am at my core. I own my identity and it is withstanding all of the confusions that get thrown at me. Race, cultural norms, ignorant people and all.

I have a loving family, full of oddballs who love each other fiercely. I may have been rejected once in the worst way a very long time ago, but since then my life has been so full of people who truly care and will never leave me. I am blessed. I appreciate my Aussie home so much more (even though I already did times a million). I will never feel as ‘different’ there as I have felt here. It’s HOME. There are Eurasian actors and actresses all over our televisions and in that really Aussie way, we don’t really give a f*ck (although obviously it means a lot to me personally). In the best way. All the things I get annoyed by at home will exist wherever I go (minus the disgusting sleazy older Aussie white guys with the yellow fever) and that is just life. I love my crazy life.

I also love Korea. As a tourist. A people watcher. A person hungry for new experiences and adventures. As a person who really really needed this, but didn’t want to truly admit it. 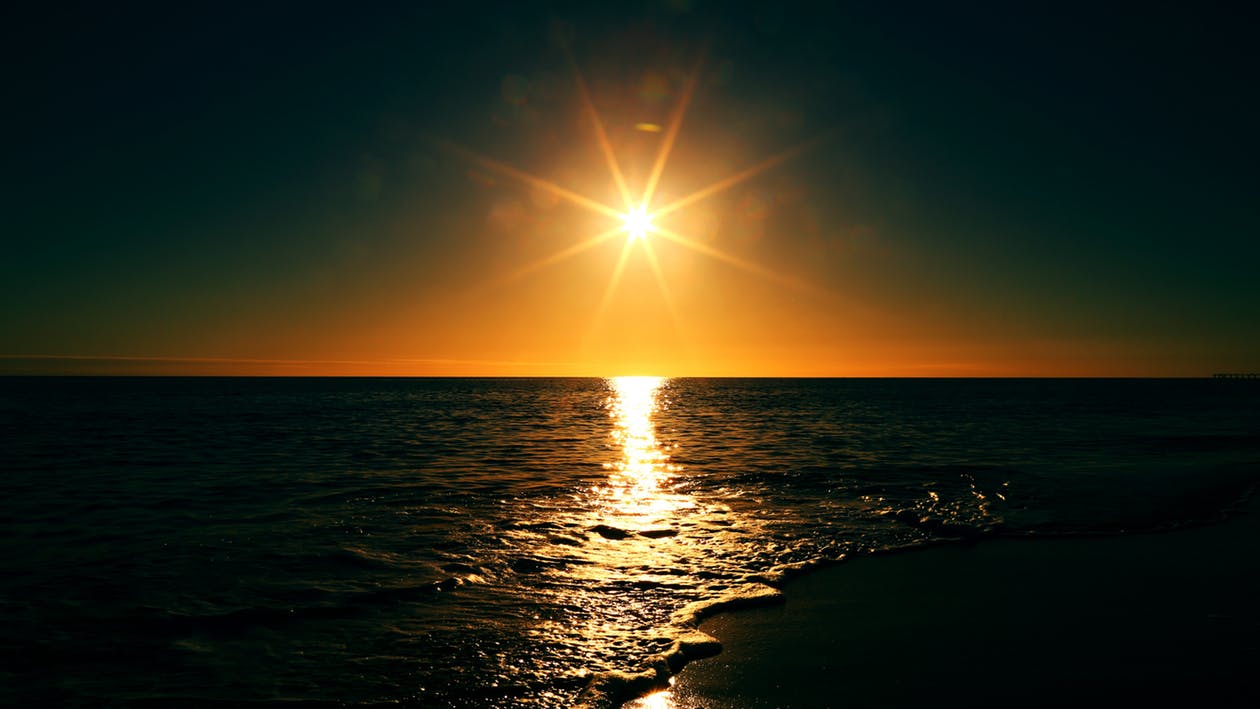