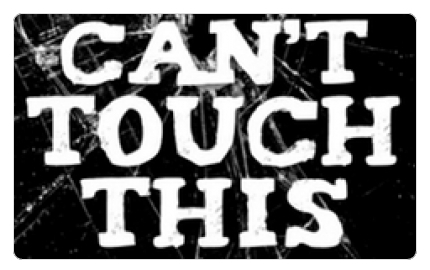 I think every moment of a person’s life needs a soundtrack that reflects what’s happening at that time. I seriously love the idea that life is a movie (not so much a nice, tidy Hollywood film…maybe more of an artsy foreign film with subtitles that you can’t keep up with and a plot that doesn’t seem to make any sense until the end). I listened to Nirvana, Silverchair, Rage Against the Machine and Hole when I was young and angst filled in the 90s. I became a bit of a rebel with a love for four chord wonder punk rock songs later in high school (there’s nothing like a private high school with strict uniform rules to make you feel all uprise-y and rebellious…but only on weekends and after school because you’re not really a bad-ass kid at all). Every summer of my adulthood has somehow been influenced by Aussie hip hop and cruisy acoustic tracks that remind me of the coast. Let’s just forget that time in primary school when I listened to Alanis Morrisette’s album Jagged Little Pill on repeat (rewinding that cassette over and over and over).

Now that I’m a parent (of a toddler no less), I’ve decided to create a soundtrack for life with a little one. Songs (or at least some selected lyrics) that really capture the essence of parenthood.

1. Powderfinger – Pick You Up

When you are far from home …

When you feel outgrown

I’ll be the one to pick you up again

When you decide you’ve had enough of it

I’ll be the one

…When your speech is slow

When your eyes are closed

I mean, how can this song not be written about a grumpy toddler who doesn’t want to walk anymore while you’re out and you just happen to not have a stroller with you or the upper body strength to deal with this sh*t? Toddlers are heavy!!

2. Rudimental – Not Giving In

Hello. Toddler tantrums? Discipline gone awry? At least have a really cool song to make you feel better. No, Little Mister. You can’t have your dummy or 50 snacks today. NO!

I gets no sleep
I can’t get no sleep

So I’ve just discovered that there’s such a thing as an 18 month old sleep regression. And when that’s not rearing its ugly head, I still can’t get no sleep. Need I say more?

Again, the song’s theme and most of the lyrics don’t apply – at all – to having a toddler, but the relevant lyrics…ever been offered a handful of very soggy, half eaten food or something that’s been on the floor and is now crusty and unrecognisable??? Given out of love – an attempt to share nourishment with you?? There are many things I would do for love, but I won’t be doing that. Seriously. And that’s only one example.

It is reeeeeally hard to get a good look at a toddler’s teeth. I think he has almost all of them. But how would I know? He won’t open his mouth. Clams up as soon as I want a little look-see.

After compiling this list of songs for you guys (you’re welcome), I have realised just how many ‘adult’ songs are really really inappropriate for children. So maybe just take the fun part of the lyrics I’ve selected and ignore the fact that the themes of the original songs are quite…well, not quite right. Kind of like when people select songs for their wedding waltzes that are about really weird things like break ups or death or getting married in Vegas when you’re really drunk and don’t know what you’re doing (I’m lookin’ at you, Bruno Mars). Don’t worry, I know these songs are not actually about toddlers. Or at least I hope they aren’t.

What songs would you add to the soundtrack of Life with Children?