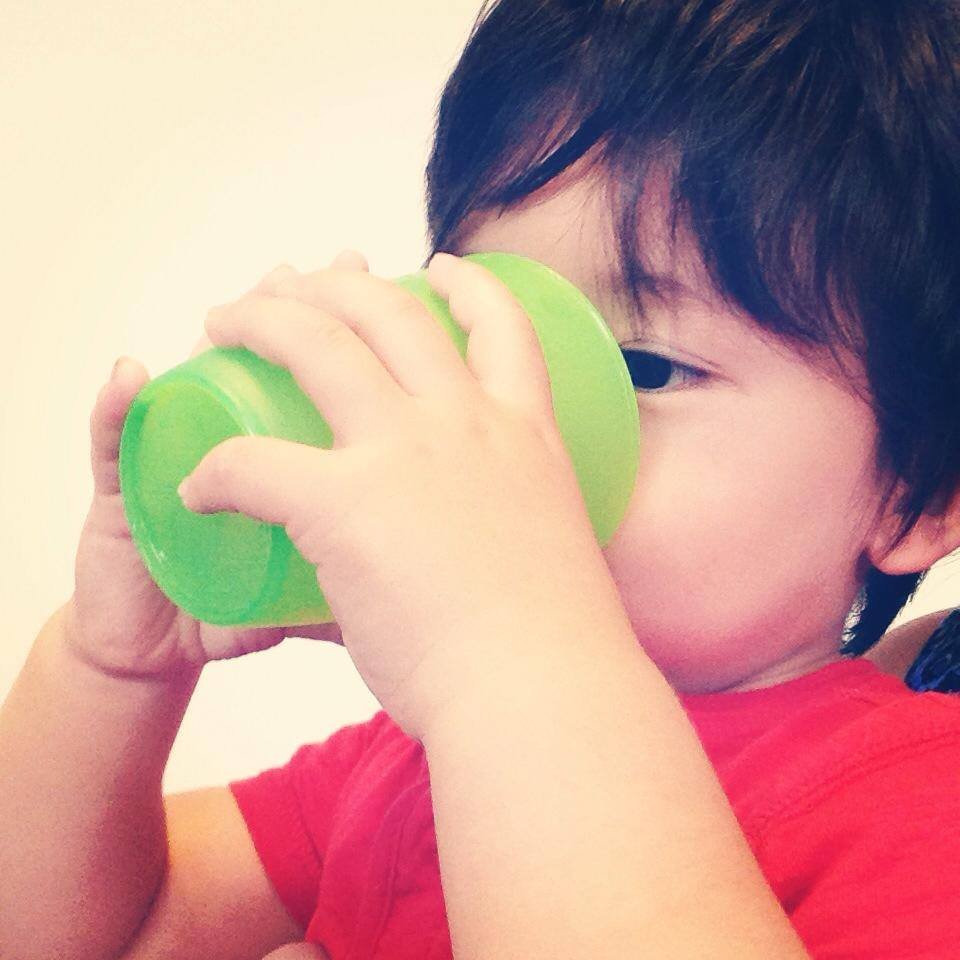 I have to be honest. All ‘terrible twos’ jokes aside, I have really enjoyed the Little Mister’s toddlerhood so far (key words so far…don’t want to jinx it). It’s a fun age where a little person can suddenly explore the world like they never could before. There is so much wonder and curiosity. There are new ways to communicate and express feelings. The start of understanding yours. Saying funny things. Learning new ways to move. Dancing so freely. They’re still so little that almost everything they do is cute. Just like babyhood, there are rapid changes and milestones galore. There are the usual ones, like first steps and the first time sleeping in a proper bed, but then there are those underrated moments that you might blink and miss. Those achievements that bring a parent great joy (and often relief). Lately it feels like something has clicked inside the Little Mister and his development has suddenly sky rocketed (he’s usually a bit slow on the uptake but then rockets ahead to catch up).

Here are some of my favourite underrated toddler milestones:

Drinking from an open cup without spilling.

This is the latest. I’m over the moon. This is exciting. It means that when we’re at home Mr Unprepared and I won’t have to wash fifty parts of a training cup or a sippy cup each day (of which we do not have many of). We can grab any plastic cup and just pour something. And gosh, he looks so grown up. If we’re caught off guard (by ‘off guard’ I mean I usually forget his water bottle) while out and about, there are so many more options if he needs a drink. Awesome!

Knowing when he needs to use the potty and being able to wee on cue.

No more accidents! No more watching him like a hawk, with my breath held! Woohoo! Something just clicked a few weeks into potty training and it’s so good. I can ask him to try if he hasn’t been for a while and he’ll know what to do and how to do it, therefore preventing accidents. He will also run to the potty when he knows nature is calling and he seems to understand the feeling in his body. I think we’ll be able to have visitors over again soon hahaha. If only he could wear pants too…

Also, under this potty training umbrella…saving money because we use a significantly smaller amount of nappies! Win!

Being able to tell me where he’s hurting or that he even is hurt.

When they’re babies, we all lament the fact that it is heartbreaking knowing they are in discomfort, but having no idea what is wrong. We spend all our time trying to be super sleuths and freaking out that we’ve missed something. Now the Little Mister will say he’s hurt or that he fell on something etc. If I ask him where he’s hurting he will point at something or try to verbalise it. It is such a relief to know for sure, so you can deal with something immediately. It’s not a perfect system – sometimes he’s too distressed to speak or he doesn’t quite have the vocabulary, and you might find out a day later that he was bruised from falling on his toy car, but it’s a lot easier than it ever was.

When longer term memory kicks in.

OK, so this can be a curse because sometimes he won’t let an issue go, but on the whole it has been so much fun watching him relive his highlights of the day or week. He’ll remember small details you told him about something and apply it to a situation further down the track. He looks forward to things we (selectively – we’re not stupid) tell him about ahead of time to build the excitement. He loves to tell other people what he’s been up to and what he enjoys. We went on a train for the first time recently, and the Little Mister told his dad about it each night at bed time for two weeks. He remembers all the people he meets (especially my friend Sarah who he asks to see almost every day even though he hasn’t seen her in a couple of weeks). It’s sweet to hear him talking about the people he cares about and the good times he’s had with them.

Knowing how to sleep under the covers.

This plagued me ever since he started sleeping in a toddler bed without a sleeping bag. We made the move at the beginning of summer, safe in the knowledge that the Little Mister wouldn’t freeze if he slept with nothing on him besides his PJs. Which he did. For months. He’d kick everything off him. He’d spin himself around so when he was cold he couldn’t figure out how to get the covers back on him. I’d wake at 5am and wonder if he was cold when I saw him on the video monitor, doing that silly overthinking thing where instead of going back to sleep, I’d worry about him and whether I should do something about it. Now he loves being tucked in and will tuck himself back in if he wakes in the night. He’ll be right as rain when the winter months kick in – yay!

Starting to say ‘please’ and ‘yes’.

Toddlers LOVE to say ‘no’. I am happy to make the generalisation, because I have chuckled to myself many a time in public, hearing toddlers from all walks of life telling their parents “No no no no no no”. For a while it seemed like ‘yes’ was never going to happen, no matter how much I tried. Even to the point where I could probably ask him if he wanted a chocolate, ice-cream covered new toy car on top of a playground slide that was made out of Peppa Pigs and he’d still say no automatically.

‘Yes’ is like music to my ears. ‘Please’ is just thrilling. We’re working on ‘thank you’ and we’re finally making progress. It’s so much more pleasant to listen to and he seems so much more agreeable!

I don’t mean useful as in being your ticket to grab all the best parking spots (‘Parents with Prams’ anyone?). I mean it’s great that the Little Mister will tell me when I’ve forgotten something on our way out of the house (he will rattle off a list of things we normally leave the house with). He’ll pick something up that I’ve dropped when I have no hands left. He’ll wipe up a spill or tell me when something needs tending to. It’s fantastic! Finally, giving something back haha. That’s tongue in cheek by the way. Having him in my life is a reward in itself blah blah blah 😉

Teething for the last time.

I saw his gums the other day. All the way back there, that last molar is fighting its way through. The gum is all bruised looking and tender. The skin hasn’t been broken yet. It looks painful! The Little Mister has been such a trooper, but he’s been a bit sensitive and cries easily over things like he always used to with his other teeth. The worst is yet to come for this one last tooth, but the good news is that it’s the last one!! It’s easier to deal with when you know there are no more to come.

So that’s my take on it, based on our experience! Can you relate? Anything you’d like to add to the list? x