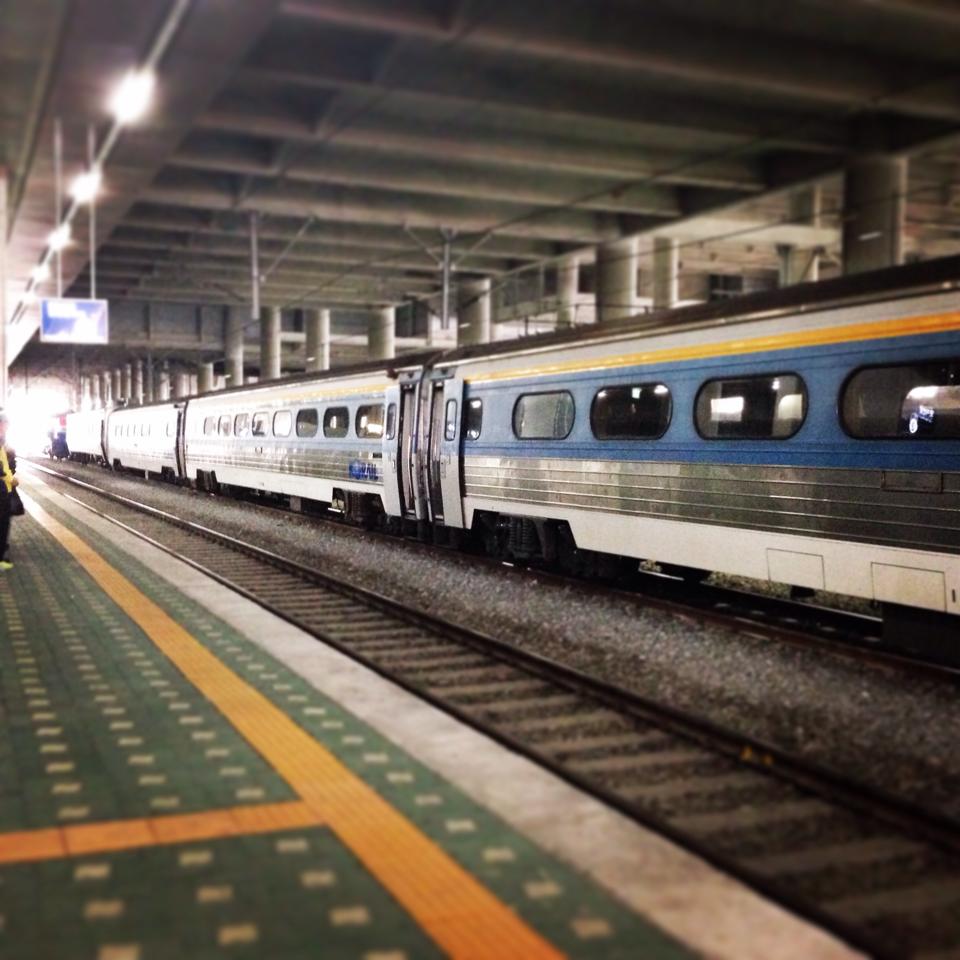 While in Korea and Japan, our mode of transport between cities and towns was trains. We had decided that without vehicles of our own, trains would be a good way to see the countryside, have our own seats and also some aisle space for the Little Mister to walk up and down if he got particularly restless. It was also fairly affordable (although tickets for the bullet trains (‘shinkansen’) in Japan were kind of pricey they were worth it). The Little Mister could travel for free (without a seat) or we could pay for a full ticket so he could have a seat of his own in both countries. Reserved seating was definitely the way to go, because we knew for sure then that we would be fairly comfortable and would definitely get from point A to B on a chosen day at a set time. We had a crazy schedule to keep up so we could see everything! EVERYTHING!

Now, I could sing the praises of the fast ‘bullet’ trains in both countries forever. They were fast, efficient, comfortable and saved us hours we might have spent on a bus or in a car. The Little Mister rarely had time to complain or get restless – rarely is not never, but hello, toddler! Just imagine how fast you could see Australia if we had them! Crazy awesome.

The issues we had came when we had to take a slow train in Korea. Twice. For about six hours each time. We did it from Seoul to Gangneung and from there to Gyeongju. They just didn’t have the facilities in place to do anything else (although they might by the time the Winter Olympics are hosted near Gangneung). A bus might have been faster, but we’d booked the tickets ahead of time and had not got an extra seat for the Little Mister because we’d tried to save a little moolah and probably just thought he’d be comfortable enough. We had an iPad and all the other parenting tools we’d used on the plane – he’d flown well, so a train would be just as good, right? They were our first train experiences on our trip, so I guess you live and learn!

The Little Mister did NOT like the fact that he didn’t have his own seat. He wanted to be all grown up and independent. Daddy’s lap or a little space squeezed between Mummy and Daddy would NOT cut it. He knew the difference. He knew when he was getting ripped off. Also? Turns out that seat belts are the key. If he has a seatbelt, he’s as happy as a clam. If he doesn’t? FREEEEEDOM!!! The trains did not have seat belts. Need I say more?

Occasionally, there would be some free seats for a few stops and we’d be able to let the Little Mister sit in one. This made for more peaceful travelling. Until…the person who had reserved the seat hopped on and he got mad that someone had ‘stolen’ his seat. The iPad was not always good enough for him and while we had imagined he’d love staring out the window at the scenery, with all the cars on the roads and unusual buildings and bridges etc, he was too busy being mad at the fact that he couldn’t do it from his very own seat or that we wouldn’t let him climb up to a precarious vantage point (or one that might annoy another passenger). Fun times!

After the first six hour journey, we were definitely dreading the second one. It was a trying time. I admit my stress levels were not as low as I would have liked them to be! There was the anticipation of another crazy train ride with a 2.5 year old, plus I was feeling a bit emotionally off balance and anxious as we got a bit closer to my own birth place. Turned out this train ride was much busier than the one we’d done before. People could board the train without having reserved seats. Which meant that in the last couple of hours, everyone was stacked together standing in the aisles like cattle on a truck. We had seats but we were getting increasingly closed in on, with Mr Unprepared complaining about the fact that his face was in some dude’s butt or crotch for much of the journey. The Little Mister was angry at the ladies who had taken his ‘spare’ seat (the one in front of us). One of the ladies kindly (that’s sarcasm) reclined her seat ALL THE WAY while we tried to keep him on our lap in already squishy conditions. At one point he wanted to play with her hair and I was tempted to let him haha. Especially when he was whinging and she looked behind and gave him a dirty look. Ooooh, I wanted to pull her hair too right then. Yeah, people complain about children on shared transport, but not all of them are angels either! Apparently, my brother was stuck a few rows up next to a man who kept chewing and regurgitating his food over and over, in between making disgusting throaty sounds. YUM (more sarcasm).

It was just overwhelming and we could not comfort the Little Mister for the life of us. He had skipped a much needed nap that we had naively hoped he would have on the six hour journey and he was MELTING DOWN. I swear time slowed down just to spite us at that point! Even my parents couldn’t keep him still for too long at a time (usually the grandparents have the magic touch). At one point I just started to cry a little. I wanted to have a tantrum too, but damn it, I was the grown up. It was just hell on earth. I don’t often lose my patience with the Little Mister (we’re talking almost never – don’t worry I have other flaws haha), but I admit I did a couple of times on our trip. It was just intense and there was often nowhere to go. We were all just…stuck. I couldn’t go and cool off. He couldn’t get up and walk the aisles. No-one could get a break. The stress! Not to mention, we hadn’t slept awesomely for a few nights because the Little Mister was sharing the bed with us!

From then on, we resolved to get the Little Mister his own seat whenever there was one available. For the rest of the trip. Money would be no object! We would pay anything!!! ANYTHING! At that point, I probably would have remortgaged the house just to have some peace haha. On the few times we couldn’t get an extra seat, the trips were really short or the seats were really wide and the Little Mister couldn’t tell that it wasn’t ‘his’. Thank goodness! He was still often restless, but there was nothing like that second 6 hour trip. I don’t think we could have survived it!! The best part of going through that? At the end of that hellish 6 hour train ride was the comfort of knowing it would never happen again. PHEW! 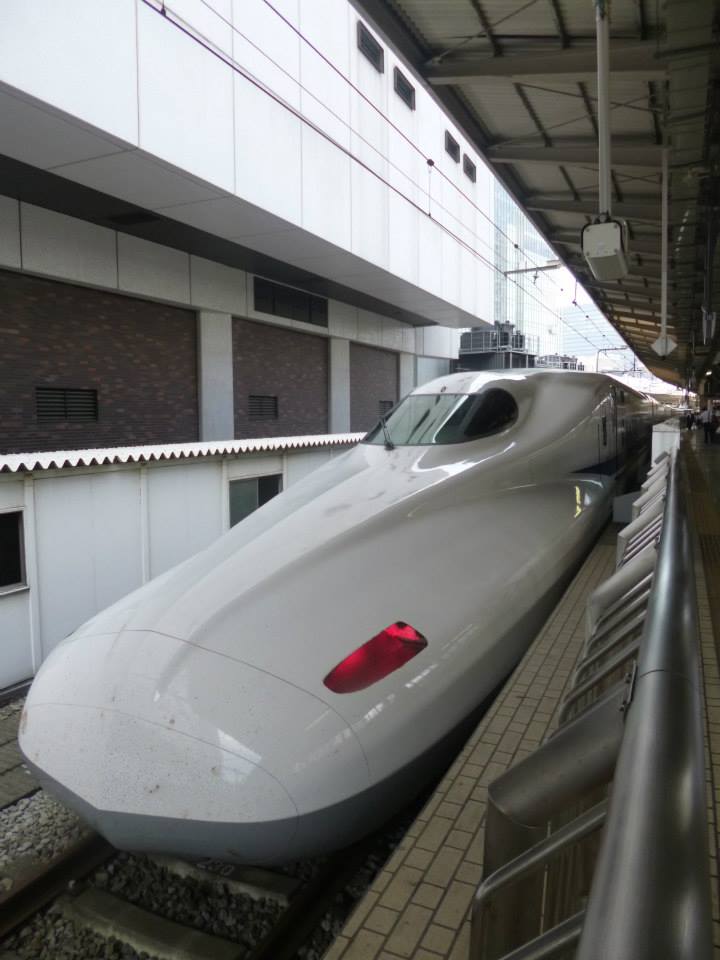