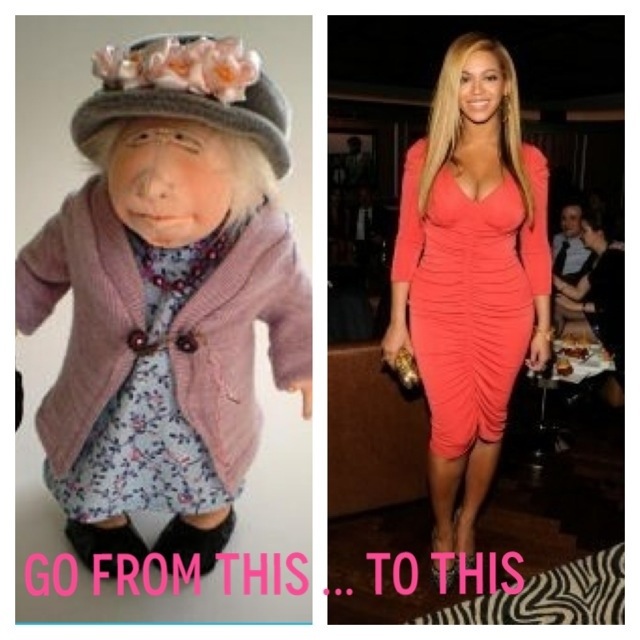 When preparing for a girls’ night out, a mummy must start planning months in advance. Not kidding. If you’ve got other friends who are mummies then you need to maybe just make it a year in advance. Then tell your husbands/partners/parents/in laws to Lock. That. Sh*t. Down. It’s going in the diary and you WILL have babysitters. ALL of you. Determination is the key.

Give yourself ridiculous amounts of time to become human again. Save money for a dress/outfit far in advance with the financial planning precision you would use to save a deposit for a house or something equally as life changing (tip: your outfit shouldn’t actually cost the same as a house deposit or I might need to give you better advice). Book a hair appointment. Let’s face it, girl. Your hair is a mess. Is that a toddler’s meal I see in there?? Again, things like outfit shopping and hair appointments involve having a small amount of time away from your precious bundle/s of joy. Book these further in advance than you booked similar services/shopping trips when you planned your wedding (or that of a friend’s should you not have had the urge to tie the knot yet).

Paint your nails frantically while your toddler cries from behind a safety gate and your co-parent figure tries desperately in vain to pull them away. It’s a nice, peaceful activity for you to indulge in and the sound of a sad, guilt inducing child really enhances the experience. Nothing like taking some time to pamper yourself.  When you inevitably smudge your nails, trying to be everything to everyone, just put some glitter over that sh*t.

Remember at the 11th hour that your eyebrows look like little hedgehogs saying hello to each other on your face (seriously – one of them is literally waving to the other overweight one). Break out the tweezers and in a desperate rush, almost take an eye out. It keeps the excitement alive because in all honesty, you feel like collapsing in bed for a very long sleep. Like a Sleeping Beauty/Snow White kind of epic sleep.

When blow drying your hair, you must also pretend to blow dry your toddler’s hair. You won’t be able to finish the job because your toddler will start raiding the bathroom cupboard and trying to climb into the bath. Never mind. You still have straightening and a plethora of hair products to get to. Also, your toddler now looks AMAZING.

Put your dress on last. Seriously. LAST MINUTE. Must avoid toddler snacks, drool, the pulling and tearing of fabric. Who cares if you’re running around the house with your boobs hanging out of your dressing gown, while the family stares on, because you’ve misplaced the sash for it?

When leaving the house, say “bye bye” to your child while they cry and repeatedly mention the car…because they want to get in it and ride around with you and never be abandoned by you ever ever again. Never. Brush off the guilt and turn up the car stereo so you can’t hear the crying. Aargh.

Sing along to your favourite songs (the ones with rude words in them) really loudly in the car. You’ve reached a stage in life where you just don’t give a damn what people think. You’re a mummy. On a mission. Also, you’re trying not to cry because you have so many feelings. SO MANY. You’re alone in a car, you just left your child behind so you could booze it up, you are going to see your friends, you’re exhausted on a whole new level you didn’t realise existed. The little hook on the zip of your dress digs in a bit.

Arrive at your friend’s house for pre-drinks. Pour yourself a vodka and soda water, because it’s “healthy” (bahaha!) and then drink a couple of shots, exclaiming loudly about how strong they are. It will make you feel like you’re being really wild and not a light weight at all, because at home you get drunk off one standard glass of wine, before passing out on the couch at 8pm.

Hug everyone and squeal. It’s a girl thing.

When the bus (yes – party mini van – woo – not to be confused with a mummy’s people mover) arrives, jump in and warn the driver about your loudness. Take selfies while inexpertly trying to figure out how to use the flash on an iPhone, sing along to rude songs and secretly feel satisfied that you are much more fun than the boys are when they hire the party mini van (who do you think recommended the service?)!

Talk about your child for a little while at dinner, but then have a couple of cocktails and start saying much more inappropriate things that involve scoring things from 1-10 and generally hypothesising about the kinds of things you might see in those awful men’s magazines.

The drinking must slow down eventually, because you plan on (legally) driving home from your friend’s place later in the night. You want that damn sleep in – in your own bed! Also? Your friends are that hilarious that you don’t need an alcoholic buzz – seriously.

Head to the casino. Wait in line for the night club. Don’t worry. Times have changed. You have to show your ID, have your face scanned by facial recognition software and still remember to pay the dude at the desk a cover charge. It’s like waiting in customs at the international airport. Note that the dress code mentions you can wear 3/4 pants on Sundays. Damn. It’s Sunday and I left my mummy pants at home. Hear that?! I left my mummy pants AT HOME! I’m in a party dress! Let’s goooooo!!!

When leaving the night club, “Beyoncé and Jay-Z” (verb) the f*ck out of there with two of your girlfriends. Someone must sing back up vocals, someone must be Beyoncé and another must rap like a motherf*cking Jay-Z. ALL the way out of the club and down the stairs. You can’t sing high notes. But you try anyway. You are glorious. Again. You get to a stage where you just don’t care. People might look, but you’re not sippin’ on that Haterade.

Eat your cheeseburger in the bus while your seat buddy changes completely into a onesie and pulls a sleeping bag over her (from her massive overnight bag). Look to the left. Your other friend has her dressing gown on. Eventually, everyone falls asleep. Yeah…

Wish you brought a onesie.

Drive a couple of friends home in your family car. You don’t want them to die walking home. Now that you’re older and wiser, you really start to care about that stuff.

Get home. Park outside the garage because the door clunking up and down might wake your child. Tiptoe into the house to hear nothing but silence. By now you’re wearing flat shoes, of course. Relish the feeling of unzipping your rather tight dress (thanks a lot, cheeseburger). Climb into bed with a full face of make up and overly styled hair.

Wake at 7am on the dot, despite being allowed a sleep in. Turns out your body clock doesn’t know you weren’t a mummy last night.