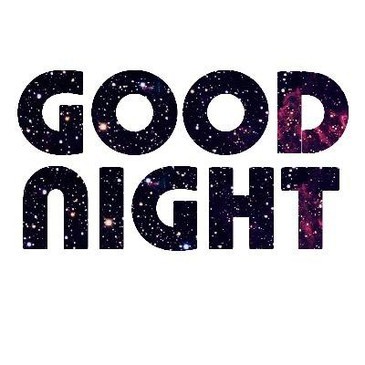 Last weekend something big happened. Well, it was big for me. That’s what she said. Oh. Ew. Let me start again…

Last weekend was a significant event in the Little Mister’s life. Actually, it probably wasn’t really a massive deal to him, but it was to me! Last weekend was the Little Mister’s very first proper sleep over at the grandparents’ place. We didn’t pick him up at midnight, we didn’t come back to stay the rest of the night in the next room just in case. We went to our house and slept in our own bed and picked him up in the morning.

Well, by the next day (or two) all four adults were no doubt still feeling a bit worn out, and the Little Mister seemed really cuddly and wanting more sleep, but we all did it. My husband and I had the balls (figuratively speaking on my behalf anyhow) to leave him behind without stressing over him, my parents were willing to take on the challenge that is an 11 month old who requires childproofing to a ridiculous standard (think: ASIO), and the Little Mister SLEPT THROUGH THE NIGHT!

I am very proud of all of us!

The last real spate of night time babysitting before that had been when the Little Mister was only about six months old. Old enough to be a bit too aware of his surroundings and definitely at the age where separation anxiety had kicked in big time. It was nerve-wracking to say the least (although I must give credit where it’s due – the Little Mister did make us pretty proud in the end when it mattered)! I was a bridesmaid in a wedding, so my bridal party commitments vs Little Mister…well, you can imagine the struggle! It was hard wanting to be everything to everyone but not quite succeeding. A definite life lesson in that!

When we received the invitation to another wedding a few months ago, we realised that by the time the big day arrived the Little Mister would be almost a year old and definitely easier to leave overnight! Hallelujah, we cried. WE CAN TOTALLY DO THIS and more importantly, we could ENJOY it! We checked that my parents wouldn’t be busy travelling around or enjoying their active social lives (damn baby boomers are very unreliable babysitters haha). We psyched ourselves up. We negotiated the terms of this babysitting arrangement and we MADE IT HAPPEN. As the date drew closer, great things began to fall into place. The Little Mister began to sleep through without any anxiety (not saying it won’t bite us again but things have been good lately – don’t wanna jinx it) and he began to remember faces and places a lot better, meaning that he recognises my parents whenever he sees them (they get the biggest smiles and wiggly cuddles) and knows his way around their house (like how to climb stairs – eek! – and where the good toys are). We were golden! These things helped a lot and while it could have all been a fluke, I’ve decided (against your will – unsolicited advice – woot!) to share the factors that may have helped all to have a successful night!

While we’re always open to things not quite going to plan (I think that’s a pre-requisite for having a child), we do have a pretty reliable daily/nightly routine that works for the Little Mister. It evolves over the months as he grows and changes, but we manage to keep things on an even keel most of the time. Because he usually knows how we will react when he cries at night, when he is supposed to have his bath, his sleep and his food, he seems to feel secure and happy. By asking my parents to adhere to his usual routines as best they could, it seemed to help him feel safe and secure despite being in a different place, looked after by different people. They helped him keep his routine, so he probably concluded that it was all good and his needs would be taken care of. I used to feel guilty leaving a big list for my parents (or inlaws) detailing his routine. I thought it might seem insulting – I mean, these people raised my husband and I and we’re still alive! It’s not like they’re new to the parenting game! However, I’ve come to see that the list was comforting to my parents (they kept asking me to write it all down before we left) also. They don’t want to do anything to disrupt him either and they wanted him to be happy and at peace with the arrangement 🙂

The sticking-to-routine thing also helps the Little Mister settle back in with us after a night away. While we don’t mind things being a bit out of whack for a night or so after a routine change, it is nice when he comes home and there’s no real adjusting to do! We can all just recover from our big night together and get on with normal life again!

OK, so I will admit it. We packed up what felt like half of our entire home to take to my parents’ house. My parents do have a lot of things they have purchased and set up in their house for the Little Mister to use, but we have a port-a-cot and other such things and it just seems easier to bring it over than for my parents to buy everything he could possibly need when he only stays with his grandparents on either side for extended periods of time occasionally. However, we were able to do things like use the fitted sheet he’d been sleeping on in his cot at home in the port-a-cot so it smelt and felt familiar. We brought along his same sleeping bags that he’s used to and his cherished giraffe comfort blankie to sleep with (we may have created a monster – he won’t sleep without “Giraffey”). I also packed a couple of his favourite little soft toys from home in case he should get a bit anxious – it’s all to do with the smell and the feel at this stage!

While we did pack a LOT of “just in case” things, which made our carload much heavier, it brought me comfort knowing that the Little Mister was prepared for any situation. I know it brought my mum comfort in particular, because like me (where do you think I get it from?), she likes to be prepared for anything and everything. I didn’t want them to get caught out in a crazy teething situation (for example) and have no baby panadol or teething toys on hand. It would make the day/night much less pleasant for everyone! Selfishly, I also wanted there to be no excuse to get a phone call in the middle of the night to come and get him!

While I am able to switch off my mummy guilt for leaving the Little Mister so I can go have a good time (I’m sure he didn’t miss us that much haha), I do worry about whether he’s being good for my parents. I like to have peace of mind that they are having an enjoyable time too. Otherwise I get daughter guilt! I know that if all is well, the Little Mister should definitely be peacefully asleep by 7:30pm (his usual bedtime is 7pm), so I asked my mum to text me to let me know that all was well. This allowed me to feel reassured that I would find out how he was sleeping, meaning that from 7:30pm I could either slip away for a minute to talk out the situation with my mum on the phone, or I could get the good news and relax for the rest of the night! Having this strategy meant that I didn’t spend the whole night WONDERING. We all know where WONDERING all night gets you!

It was great when I got the good news text at 7:30pm to let me know that he had whimpered a bit (testing my mum out a little haha) before settling well. Yay!

The rest of the night I felt so much more relaxed!

I also like to stress to whoever’s baby sitting that I actually do want any bad news. If I think that someone is going to try to hide the fact that there have been some troubles from me because they’re too scared of ruining my night, I actually feel worse. Just give me the good, the bad and the ugly! Gives me a chance to suggest any little things that might help a situation – a strange quirk the Little Mister might have that only his mummy or daddy might know about. Could make the whole night a lot more enjoyable for the grandparents too! Also, lets me know if I want to cut my night short, which I would rather do if the Little Mister was very sick or distressed than go the whole night oblivious and feel like the worst mother ever later on.

Out of sight, out of mind!

It’s not entirely possible. We’re not frickin’ robots, you know. But I tried really hard to focus on enjoying my night out. I had to put the Little Mister at the back of my mind (in the most loving way possible of course)! I was at the wedding to celebrate with some very good friends, and it was somewhat of a date night for my husband and I. A much needed one! I had to make sure that I didn’t watch the clock constantly and be all like, “Oh that’s his afternoon tea time, oh that’s his bottle time, oh I wonder what he’s doing right now, oh it’s cold outside, what’s he wearing? I wonder if he’s eating all of his dinner?”

At some point you just have to trust the babysitter/s and let it go! I tried to limit my “thinking about the bubba” to just the 7:30pm text I was expecting from my mum and I succeeded! It felt good to just release it all for a night. That’s where the stress-less strategy kicks in, because that strategy can make all the difference in your ability to relax and remember all of the good things about being kid free (temporarily)! Live that dream (temporarily)! Haha.

Also, it’s good to get out once in a while. Absence really did make the heart grow fonder. The next morning I was so excited to go and see the Little Mister at my parents’ house! I wanted a cuddle! In fact, my husband and I got the greatest cuddles all of the next day 🙂 It felt nice to be missed as well! We have to make the most of that feeling – I’m sure the Little Mister will reach an age all too soon, where he’s thinking, “Damn – Mum and Dad made me come home! I want to stay out!”

I know that none of my unsolicited advice is particularly revolutionary, but it’s just solid stuff that seemed to make a difference in the experience for my family 🙂

Got any other tips or stories to share? x