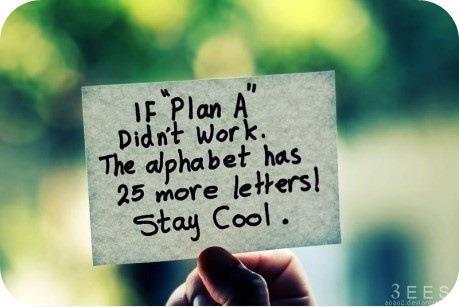 Now here’s a story about being Awesomely Unprepared…

So I was going a little crazy in late pregnancy. I was suffering from my various pregnancy ailments and after being strong during ridiculous amounts of blood tests and doctor/hospital appointments, I finally cried in front of my baby GP and this got me a date to be induced for labour (I wasn’t intending to use my feminine wiles to manipulate a good outcome but I was glad the waterworks were effective). I was to enter the maternity ward with my bags packed, feeling calm and prepared on Thursday the 10th of November. I was excited and relieved. I had been anxious that my baby boy was getting bigger and bigger. My rash was unbearable and untreatable. My diabetes was just playing havoc with me. I’d lost my appetite and I felt like I wasn’t getting the energy I needed from my heavily restricted diet. I was psychologically breaking and it was hard explaining my “big picture” story to every health professional I saw, who questioned why I was taking certain precautions etc when I wasn’t even considered full term yet (and there were many from midwives to pathology nurses to doctors and a dermatologist).

I had always planned on being a calm mother to be while in labour. I didn’t want to be in hysterics or do anything to distress the baby.

On Saturday the 5th November, I felt good. I went out for brunch with my family and I didn’t have any appointments lined up until the following Monday! Yes! Weekend off! I was also relieved at having an induction date, which relaxed me immensely.

As soon as I got home I went to have a long awaited nap on my couch while watching trashy TV, but I felt a bit off. Like when you first start to get a cold. I felt flushed in the face and it wasn’t relaxing at all. I figured I was just fighting something simple off. I told myself I would wake up the next day feeling good again.

This wasn’t the case. In fact, when I woke on Sunday the 6th of November, I felt worse. I called my parents and my dad came over and took my temperature and checked my blood pressure (gotta love having a health professional in the family). I had a mild temperature and the maternity nurse said not to worry unless it got a bit worse.

Later that afternoon…it got worse. I woke from a nap with some mild cramps and thought it was Braxton Hicks (fake practice contractions). I instinctively took my temperature and realised it was not good. I didn’t want to be a wuss (it didn’t feel like labour surely…which defies logic as I’d never experienced labour before) so I called my parents and asked them if I should get Husband Pants to leave work. I called the hospital and they said that if I couldn’t talk through my contractions anymore (or the pain got too scary) then I should go in. I was still not convinced I was in labour but eventually I was in agony! This sh*t was real – or it had better be because if it wasn’t, I didn’t want to go through that again on Thursday!!

My parents came over as soon as they could. It felt like they took forever and I was rocking about (standing up) like they teach you in ante-natal classes and was surprised that I wasn’t screaming. I had had a shower and it helped the tiniest bit, but I felt like there wasn’t even any gap between contractions anymore! My husband was notified and he sounded like he was in shock! He arranged to leave work an hour early and meet me at the maternity ward!

I got to hospital at 6:30pm (felt stupid being wheelchaired in by my dad but realised I could not have walked that long corridor by myself) and they monitored me for a bit. A doctor popped in just at the right moment (just happened to be a stupidly well regarded obstetrician who I am so grateful for) and told me I was 5cm already! I had been quietly going into labour and was already halfway! I never knew I was so stoic!!

I was moved quickly from the observation room into a birthing suite and the action continued. The midwife offered me gas at just the right moment (I thought I was tough but there was a point it all got hazy) and my husband was so good holding my hand and showing me he was proud of the way I was breathing well and taking it in my stride. All the ideas I had about my first labour being long and laborious (no pun intended) and perhaps even boring went right out the window. I didn’t have to worry about wanting music played on my ipod or eating light snacks to make it through. No-one had time to abuse any social networking opportunities (ie facebooking or tweeting anything inappropriate) and I didn’t even have a chance to try out various birthing positions or techniques!! I didn’t even have time to break any of my hubby’s fingers or ask him how guilty he felt (damn I had really wanted to use that line)!

The doctor kept telling me my labour could get dangerous for the baby and I on account of my fever. I understood what he was saying but his bedside manner was so good that I stayed calm despite the dangers and just kept doing what I was advised. I ended up having an epidural. The choice was taken out of my hands (which was a relief to be honest – that’s a lot of big decision making). I had to be prepped for surgery in case I would need it. I had no idea the magnitude of the situation. I was told to push really hard but I couldn’t feel much and I suppose that was disappointing because I was going to be wheeled off to theatre where they would attempt to get the baby out superfast with forceps (eek). I got to 9cm dilated but it became obvious very quickly that a birth by forceps (instrumental birth I think he said) wasn’t going to be good enough. Things were getting dangerous. So C-section it was.

Only three measly hours after I arrived at hospital, our Little Mister was delivered at 9:28pm. He weighed roughly 8 lb, 1 oz and was 50cm long. He was lifted above the curtainy-shield thingy and shown to us but he wasn’t moving or crying. I think they told me he was moving to make me feel OK but I was so tired and overwhelmed and drugged that I didn’t really have a chance to worry or feel traumatised. Luckily a couple of minutes later I heard him make some sound and my husband looked at me with a comforting smile and said, “Do you hear that?” 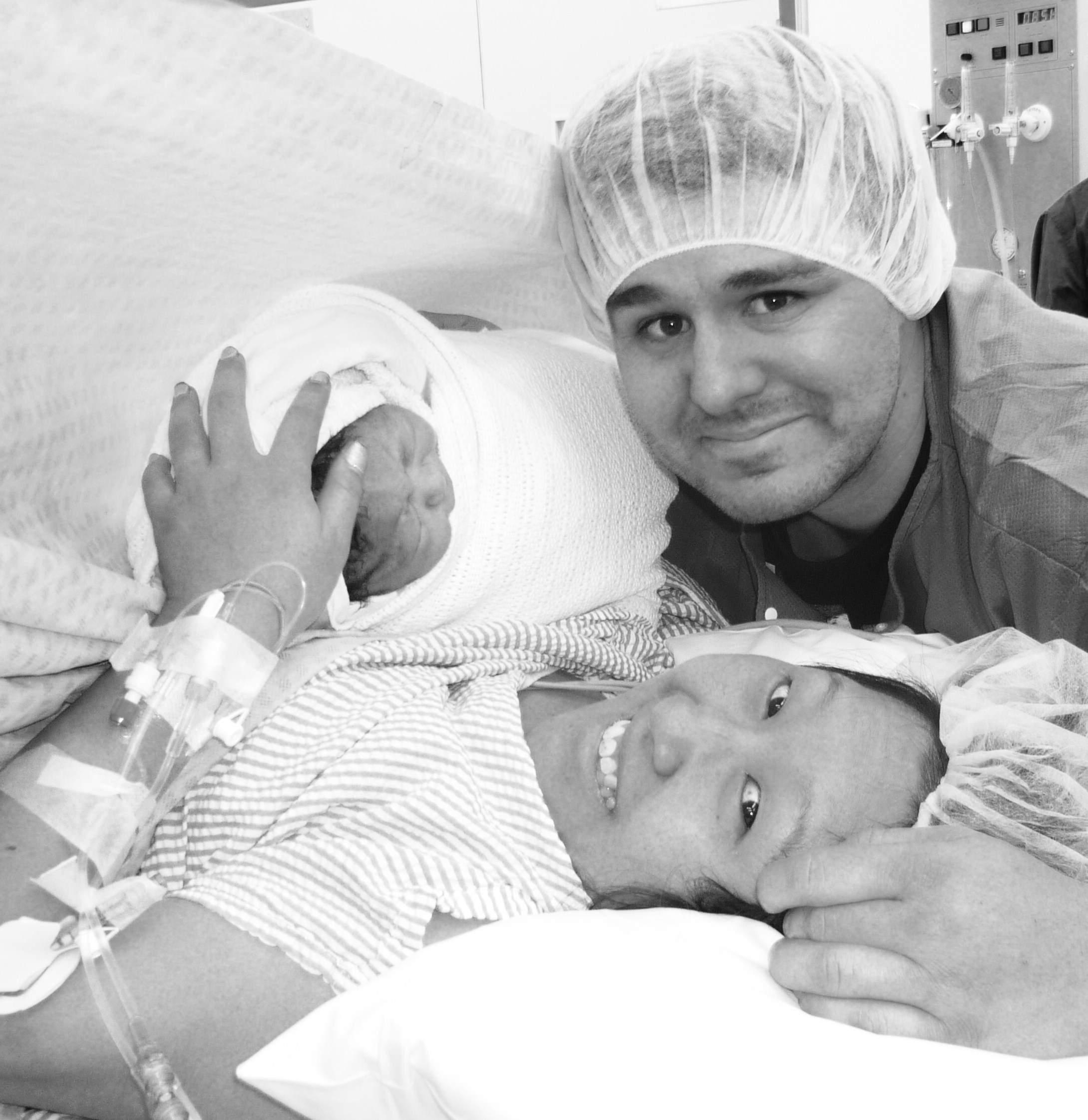 We had about five minutes of snuggle time (he was already cleaned and wrapped) and then he was gone again. I was told that I had an infection in my amniotic fluid and he had breathed it in and could get pneumonia or something equally nasty for a newborn.

I was in a daze and taken to recovery. I had been told he needed some special attention but to be honest I really didn’t understand just what a delicate situation he and I were in. We were both sick.

I was just relieved that I had delivered my baby. I didn’t know that I wouldn’t really see him for another three days, after he was sent to the paediatric hospital an hour’s drive away for special care and monitoring in their neo-natal ward (my amazing husband would have to divide his time between staying with me and visiting Little Mister so he wasn’t alone).

When I was back in my hospital room, I felt good. I was on pethidine and fluids (I had come to the hospital very dehydrated despite sipping on water all day every day for weeks leading up to the birth) and thought I was doing amazingly. My parents came into the room and my mother in law visited me too even though it was now the middle of the night. I feel a little sad for myself when I think back to that time. I was so out of it that I didn’t realise I had no baby by my side. My arm was full of drips and I didn’t know I was so sick and needing a hell of a lot of intravenous anti biotics and an extra day tethered to the hospital bed (most C-section patients are only kept in bed for one day).

I was happy (even if in a drug induced haze). I’d seen my baby briefly and he was alive. It was all I needed to know at that moment. Almost nothing had gone to any kind of original plan but I knew that the baby and I were in good hands (in fact – the best – I cannot even express how grateful I am). I am relieved that I went into all of this open minded, not trying to control everything. Perhaps my challenging pregnancy had made me mentally strong enough for what was to come.

Stay tuned for the next post about the aftermath of my crazy birth experience...