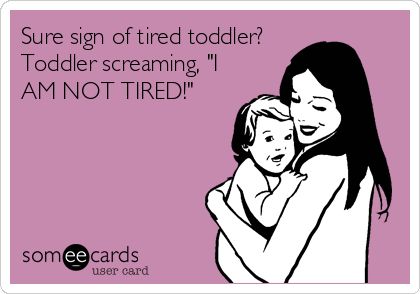 It’s the afternoon of Mother’s Day and the Little Mister is spent. It has been a few trying weeks of sleepless nights (for everybody) and a weekend filled with lunch time family engagements (read: right over the usual nap time). We’ve reached that point where the Little Mister has become a floppy, whiney mess. It’s actually quite funny. Yes. Funny. Maybe I have a twisted sense of humour (every parent needs one) or maybe I’ve just become delirious with fatigue, but it’s funny. Slapstick comedy at its best.

The Little Mister has been lurching all around the house wearing a pathetically sad look on his face. He’ll flop onto the floor, roll around, whine a bit, get up, literally take a silent (and strangely poised) moment to look for a more suitable spot to roll around on, whine again and repeat.

It’s all so melodramatic, as I am sure only 2 year olds can convincingly pull off.

An overtired toddler has no idea what he wants, when he wants it, how he wants it or why he wants it. But then he doesn’t want it. Whatever it is.

His dad will fetch a cup of milk and even add a straw. Something that normally delights a Little Mister. He’ll then spend forever protesting it, like he’s outraged that someone could possibly believe that bringing a toddler milk might be a nice thing to do.

“OK, well I’ll put the milk aside for you for later…”

“NOOOOOOOOOOO. MIIIIIIIIILK!” (as in he’s upset that someone is taking it away)

“But you said you didn’t want it…”

“NOOOOOO. NO MILK!” (as in he’s upset that someone offered it)

Repeat again with several other various toddler goodies, one at a time.

“Awww, Little Mister. Are you a bit tired?”

“Are you sure you’re not even a little tired?”

As he rubs his eyes furiously. Of course. Not tired AT ALL. My bad.

Distraction seems like a good idea. Get his mind off his grumpiness. Give him a little bit of fresh air. It’s raining a little outside and he’s momentarily excited to try out his brand new Thomas the Tank Engine gum boots for the first time.

Until he goes outside and *shock horror* no-one brought an umbrella. What a horrendous oversight! That massive raincoat will never protect him from the rain!

“Go on, it will be a bit of fun,” I encourage Mr Unprepared. He collects the umbrella and brings it outside to us.

Mr Unprepared holds it above the Little Mister’s head like some kind of celebrity minder. This seems a completely reasonable request in the frazzled mind of the Little Mister. Especially being a 2 year old and all.

Dinner time arrives. Mr Unprepared makes the simple meal of toast and baked beans – something we feel is within the Little Mister’s capability at this point – nothing too complicated or time consuming enough to trigger a tantrum.

“NOOOOOOOOO!” he cries as he is placed in his booster seat.

It starts to get a bit sad instead of funny as real tears start to fall.

I take hold of my laptop. I hit YouTube and type my search query in.

“Here. How about some Peppa Pig while you eat?”

I have admitted defeat.

The Little Mister smiles and eats all of his dinner quietly. Even stops to sing the Peppa Pig theme song (the only lyrics being “Peppa Pig” so it’s not a big stretch even for a tired toddler).

Everyone breathes out again.