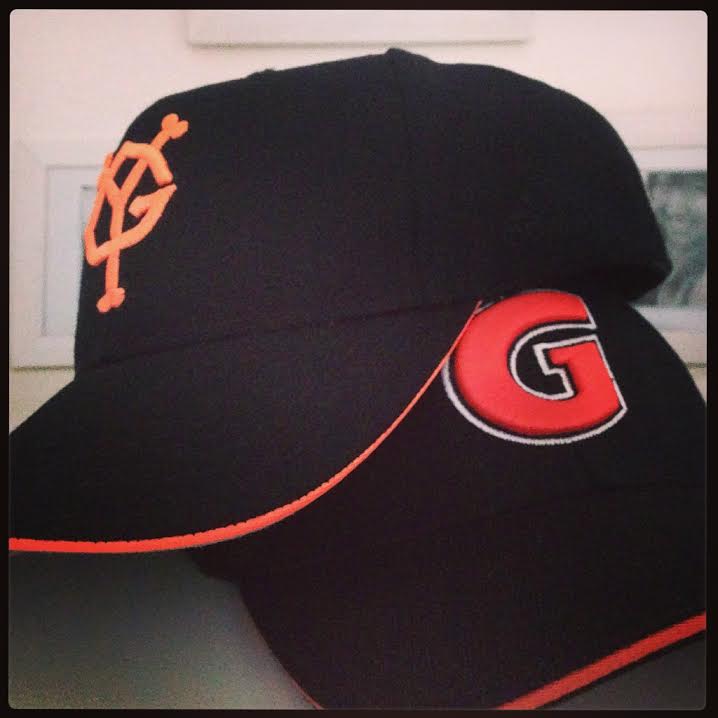 These are the hats Mr Unprepared bought while we were overseas. The top one is from Japan and the bottom one is from Korea. Both countries are absolutely mad for baseball. Both have teams called the Giants. Both teams wear the colours orange and black, which is quite a striking combination. Haha striking. Baseball. Get it? Unintentional puns are my specialty.

We’d watched a travel doco about South Korea before our trip and it had featured a bit about the baseball culture there. We’d learnt that the team for my birth city was the Busan Giants and it was quite amusing seeing the different chants and dance like rituals the fans undertake while watching the games live. It looks like amazing fun! Mr Unprepared decided that, despite us never giving baseball even a thought, he would adopt the Busan giants as ‘his’ team. Which was actually quite touching because I was born there and it was his left of centre gesture (very him) to show me he’s got my back. And that he likes sports, but mostly that he’s got my back. That trip was a pretty big deal, being my first time back, you see.

So we got the Little Mister a shirt to grow into for next summer and Mr Unprepared found a hat.

Then we got to Japan. We figured out pretty quickly that the Tokyo team is also named the Giants and by now Mr Unprepared was on a roll. We were hanging about outside the Tokyo Dome (a huge stadium) one night and there was a game on. Oh how we wanted to go in!! We had an early start the next day, though, and it would probably be just a bit too much for the Little Mister to deal with. We were SO CLOSE. You could just about feel the excitement. One day we’ll do it!!! One day!!

Mr Unprepared had just bought a hat and I think he liked being a part of the crowd – he almost looked like he was going to the game haha.

I have no idea how each teams’ seasons ended. Or anything about them. I doubt we’ll ever remember to check in during their baseball seasons. But it’s fun to think of them as ‘our’ teams anyway. The hats are fun souvenirs, with good memories attached.

Have you got any cool (or even daggy) travel souvenirs? Tell me about them by leaving a comment!