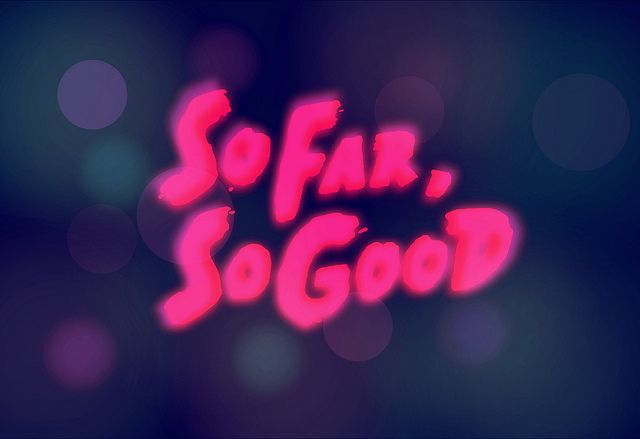 So last week I wrote about how we prepared to move the Little Mister into a toddler bed. I guess it’s time for an update. I don’t know if anyone has actually been waiting for this post with bated breath or not (don’t answer that haha), but here’s how the first week went! I suppose I’m recording it here not only for my own memory making, but also because I know I found it comforting reading about other peoples’ experiences before we took the plunge ourselves. For some reason I found it weirdly daunting. It was a new level of independence for the Little Mister to move up to, so maybe that’s why.

Well, let me tell you. It wasn’t all yo-yo kid in and out of bed. It wasn’t doom and gloom and sleepless nights. What an awesomely pleasant surprise!! I’m sure there are some crazier times to come (he’s just beginning to realise the extent of his freedom), but the first week has made me hopeful!

We decided to move the Little Mister on a Saturday night. Partly because I was all super psyched up, but mostly because we figured there’d be two of us parental units able to take on any crazy nocturnal antics, should the transition not go so smoothly.

The Little Mister got really excited about his ‘big boy bed’. He enjoyed climbing in it and pretending to sleep. All week, he would take any opportunity to jump into his bed. He loves it so much. I think it might be starting to backfire a tiny bit, though because he wants to play in bed. We don’t really let him – we want him to associate it with sleep and quiet time – but he is seriously smitten and starting to think it’s fun time.

The toddler bed is a converted cot, so it has 3 sides still. We didn’t put a side barrier up for him as it’s quite low and the floor is carpeted. I hoped this would gently teach him how to learn to sleep in a bed without rolling off the side. I think it’s worked. The first three nights he fell out of bed twice a night. The fourth night, only once. The fifth night not at all and from then onwards, he’s slept a lot straighter in his bed with no little bumps in the night! Yay! He even started sleeping well under the covers, instead of on top of them – huge victory!

The first couple of days/nights the Little Mister was so good. Once he was in bed, he stayed there. Even when he woke up, he waited patiently for me. This had both its pros and cons. If he dropped his blankie or dummy, he didn’t realise he could get up and solve his own problems. BUT…it meant he stayed still and didn’t start running around his room.

A few days later, he realised he had the ability to solve his problems. He would climb out of bed for anything he dropped, climb back into bed and the cutest thing I ever saw on the video monitor was when he rearranged his pillow ‘just so’ (after moving it to find his lost blankie), before going back to sleep. He required zero intervention, which made me so happy (for myself haha) and proud.

By last couple of days of the week, he would sometimes climb out and then think better of it and climb right back in. It was so funny. I think he knows he’s being watched haha.

He’s starting to stray a little and has skipped a couple of naps – although I suspect that has more to do with him not being tired enough. He needs some gentle reminders to go to sleep, but he’s doing really well. Hey, he’d skip some naps when he was in a cot too, anyway. It’s just that he has more freedom now.

A week into Operation Big Bed, the Little Mister stayed at my parents’ house while my husband and I celebrated our sixth wedding anniversary at a concert. It was the first time he’d sleep in a ‘big boy bed’ away from home. My parents have a great trundle, which is low to the floor and was perfect for the Little Mister to sleep in. AND GUESS WHAT? HE SLEPT THROUGH! I think his grandies played a part in tiring him out too haha. I’d taken him over to see it and get used to it a couple of days earlier and it seemed to do the trick. We made a big fuss of him and the bed, telling him how fun it would be to come over soon and sleep in it. He understood right away. Yay!

Overall, the transition has gone quite well (so far…). As the Little Mister’s awareness of how far he can push his luck grows, so too does his comprehension of what is expected of him. I truly hope the two will KIND OF balance each other out (stop laughing at me – I’m trying to be optimistic)! We have had no weird disasters with childproofing catastrophes and the Little Mister has not been traumatised (nor have we!). I feel so relieved.

Now wish us luck for the next few weeks, which will involve more grandparent sleepovers and toddler antics (no doubt)!