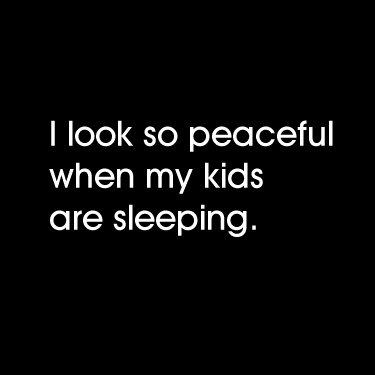 Parenting can be a little bit scary at times. Just when you get the hang of one way of doing things with your child, they move onto another stage in life and you live on a never ending learning curve! Oh gosh, sometimes I live for those little plateaus in between! But lately I have had to put on my big girl panties and accept that there is no time like the present to do the next scary thing:

Moving the Little Mister into a ‘big kid’ style bed. YIKES ON SO MANY LEVELS.

Of course I have been dreading it since he started walking (because walking means escaping and climbing etc). Things would run through my mind:

What if he never stays in his bed? What if he trashes his bedroom? What if something bad happens because I haven’t childproofed his room properly? What about when he learns how to open his bedroom door? What if he plays all night and never sleeps again? What if my amazing sleeper deteriorates and is never the same?! What if a big bed makes him really anxious and he screams a lot?

Yeah, that’s a lot of what-ifs. While they are valid questions, I may over think some of these things. Me?? Neverrrrr.

A few things culminated in us making the big decision:

First was the childproofing.

The Little Mister’s bedroom was very much a baby’s room still. We hadn’t necessarily childproofed much because we were usually in the room with him while he was awake and when he was asleep (or was MEANT to be asleep) he was safe and sound in his cot and unable to cause much mischief. There were some loose electrical cords, nappy rash cream and sanitiser hanging around and not all of the drawers had childproofing anti-opening devices on them. The Little Mister’s room was pretty simple to begin with, so it wasn’t a huge job. We moved some furniture so that the Little Mister couldn’t fall out of bed and smack his head on the corners of other furniture. We moved the lamp, baby monitor etc closer to the room’s main power point so the cords didn’t have to stretch around the room – just tucked in nicely behind his set of drawers.

We made sure that the Little Mister couldn’t open the drawers in his room and we finally used the nappy stacker my mum made us when he was born (we were just sitting nappies loose on the shelf under the change table). It has a hanger on it so when he’s in bed, I just move it from the side of the change table into his wardrobe, so he can’t play with them or enjoy shredding them or whatever it is toddlers like to do unsupervised!

I left a few sacrificial items ‘loose’ in his room. His shoes and his shorts which are stacked in cube shelving. If he was to scatter them everywhere, it wouldn’t be the worst thing in the world and might keep him out of other things for a while (we hope)!

Everything else went far out of reach.

We let the Little Mister be a part of all the changes as we were making them.

We decided to let the Little Mister be helpful during the Big Bed Preparation. I wanted him to be able to see the changes as we went, so it wasn’t a big shock to him when everything was suddenly different. He ‘helped’ to move some of his things and loved being a part of the process. He was like, “Cool! Family party in my room!”

Setting up the Big Bed

We decided we were going to convert the Little Mister’s cot into a toddler bed (a feature we had chosen the cot for). Mr Unprepared was set to work with disassembling one of the sides – a little harder than it looked, but very achievable (even with a couple of dodgy diagrams in the manual). Being a toddler bed, it’s great. It’s fairly low to the ground and because it’s essentially the same bed he’s been in almost all his life, I knew he’d feel safe and comfortable in it. I suppose we have that luxury, because there isn’t another sibling on the way to steal his cot!

I know parents have been doing this for a really long time, without the aid of fancy technology, but I freaked out a little at not knowing what the Little Mister would be doing in his room with all his new freedoms. He’s only just turned two and I just can’t trust the little bugger yet hahaha.

I stretched the budget and we went looking for video monitors (we previously only had sound). It was all for my selfish peace of mind! I admit it! I knew I’d spend a lot of time not sleeping because I didn’t know where he was or what he was doing at night. I admit it, I’m a worry wart. We found a monitor for $100 and while the video quality and the audio component are really very crappy, we could afford it (just) and it does the job well enough for what we need.

Also, it has two way communication. I wanted to be able to tell the Little Mister to get the hell back into bed from the comfort of my own bed!!

Beware, though. You do spend a lot of time just spying on your child while they sleep. It’s a bit too cute. Aren’t they always the cutest when they’re sleeping?

We took comfort in the fact that the Little Mister doesn’t have the hang of opening doors yet in our house, so we didn’t have to worry about him escaping his room in the middle of the night or early morning hours. When that day comes we will face it!!

Find out how his first week of sleeping in his big bed goes – here! x

Do you have any tips for preparing a toddler for a ‘big bed’? Any stories about your own experiences?