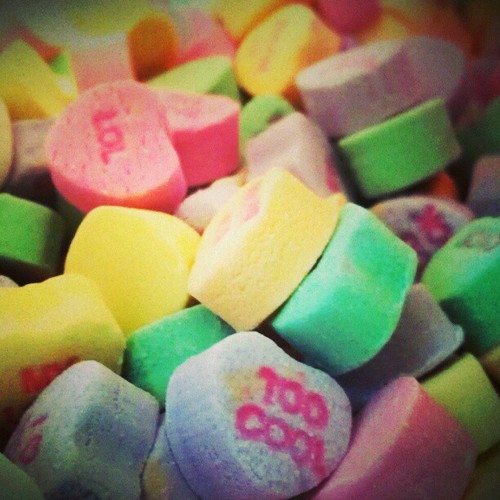 So, every year my husband and I do the same old dance around what the 14th of February means to us. We bitch and whine about how it’s a big, icky pink and red mess of commercialism at its best, but then we look at each other ( always at the last minute) with raised eyebrows…could we? Should we? Would it be so bad? Thing is, I’m not one of those chicks who says, “Don’t worry about it this year…you don’t have to get me anything” and then gets mad when their partner doesn’t get them anything. I’m seriously non-plussed about the whole thing. I just read the disgusting dedications in the newspaper and laugh my arse off. Like the one year this guy sent identical messages to three different women…only, because they were identical, they were placed one after the other so it was reeeeeally obvious. BUSTED! Who doesn’t live for that kind of hilarity on Valentine’s day?? I like deciding on the couples with the grossest pet names for each other too. Too many ‘pookies’ for my liking.

*spews in own mouth a little*

Don’t get me wrong, I’m a big sucker for love (quite the romantic at heart), but sometimes the scheduled PDAs get a little gross on the 14th. So many mushy, gushy posts on Facebook. There’s always that one person with OTT braggy pictures, “LOOK AT MY FIFTY DOZEN ROSES AND MY DIAMOND ENCRUSTED CUPCAKES, EVERYONE. I AM THE MOST LOVED – THE REST OF YOU CANNOT COMPARE.”

I like to celebrate a bit more quietly, I guess is all I’m saying. It’s gotta mean something to us, the couple, more than it has to mean something to everyone else we know. Who doesn’t like an excuse to show their loved ones that they care? On purpose? A little extra effort than usual? We don’t have anything to prove to anyone else.

Today I decided I had better do something. I’ve been feeling a little lovey dovey towards my husband lately (haha) and I kind of needed the excuse to make some small gestures of love, besides letting him play NBA 2K13 (or whatever it’s called) on his PS3 and letting him watch sports in the commercials of whatever I’m already watching (I am so romantic and generous).

I decided that a card and some special surprise treats would be in order. I almost chickened out, as I stood with the other scared husbands (it’s already Valentine’s Day but I know the hubby will understand because I haven’t been able to get out of the house for a few days) at the almost decimated Valentine’s Day card stand. Yes. I am a stereotypical straight man. I found a nice card that wasn’t hideous and had a nice message inside that I could add to, and the other husbands/boyfriends/booty calls and I scattered suddenly, like nothing had ever happened. I’ll keep your secret, boys. You bought that card WEEKS ago, right? *wink*

Which brings me to this…

Here’s the “recipe”* that I used to make my husband some Valentine’s Day cupcakes: 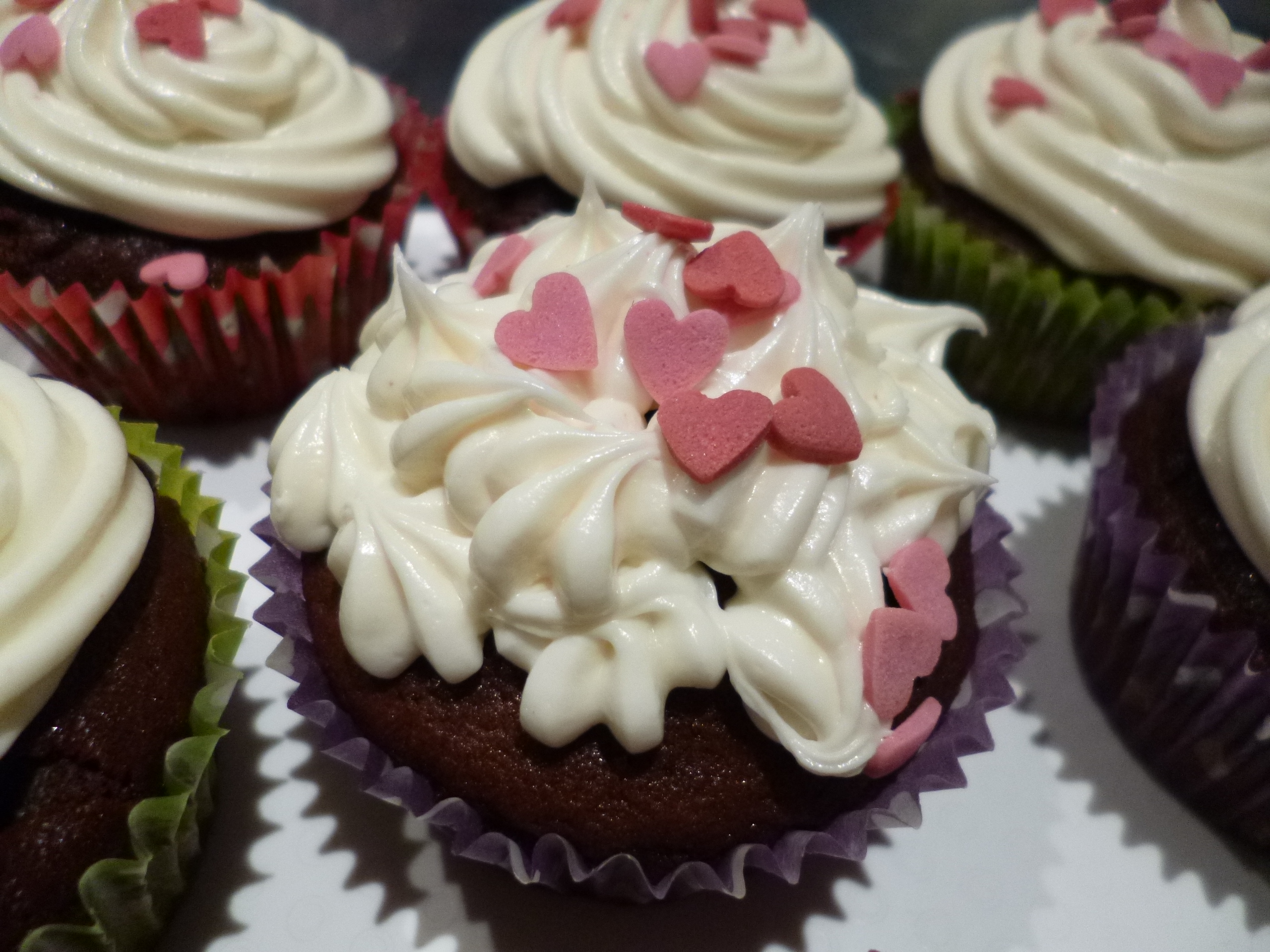 *It’s not really a recipe. I’m never going to be a food blogger, you understand? Cool.

Honestly, the way to a man’s heart is definitely through his stomach (well that’s one of two *naughty wink* – don’t read that, Mum), so I think I’m onto a winner. Also? Baking of any description, alone, with a toddler in the house? If that’s not true love, I don’t know what is!

How do you feel about Valentine’s day? Love it? Hate it? Indifferent (that’s us in a nutshell haha)?