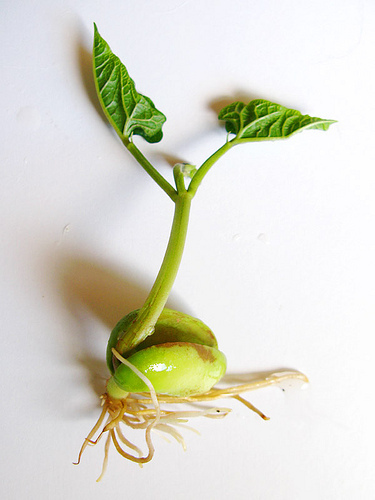 Oh my gawd, you guys. Sh*t’s getting real around here. The Little Mister is now a fully fledged ten month old. He’s doing stuff that’s freaking my husband and I out. I’m finding the strangest things coming out of my mouth – stuff I never thought I would ever hear myself say. Everything from the simple stuff…

“No, Little Mister – you’re not allowed to stand up in the bath. You’ve gotta sit down, OK.”

“No, Little Mister – don’t play with the rubbish bin. It’s all icky!”

“No, Little Mister – step back from the television. You’ll get sore eyes.”

“Little Mister, staring at your mummy very intently while discovering your private bits in the bath will be very embarrassing to you one day.”

“Little Mister, don’t eat your nappies. They go on your bottom to catch your poos.”

“Little Mister, Mummy appreciates your offer greatly, but I will just let you eat that soggy piece of food by yourself.”

“Why are you eating my sock?”

“Furniture is not food!”

It became apparent not very many weeks ago that the Little Mister is getting clever. I mean, I am biased so of course he’s the smartest baby in the world (and good looking to boot), but there’s come a point where slowly, I’ve realised that life will never be the same. I mean, it was never going to be, once he popped out of me and into the world, but now I GET IT.

This realisation started when he began to crawl. Moving about, investigating everything. Making faces at me and waiting for a reaction. Getting mad when I don’t follow him somewhere or I decide to go to the toilet (something I’d stupidly assumed a human adult just does by themselves – dudes, I’m getting schooled). Waking me up in the middle of the night because he thinks it’s a good time to play (I think he’s found my reaction very disappointing). Pulling himself up on furniture. Staring at the television intently – from about an inch away. Guess I won’t be catching up on Law and Order: SVU or Criminal Minds in the daytime anymore. Not wanting to scar my kid for life and all. In fact, there isn’t much TV watching at all anymore…my poor DVR. OK, so true to stay-at-home mum style I do sneak in some Ellen during my “lunch break”. If you can call it that.

I realised that the Little Mister has finally reached the age where I have to consider…discipline. Discipline! You mean I can’t just put everything he does down to innocence and cuteness anymore?? He’s actually starting to *gasp* KNOW BETTER? I have to actually say NO? I have to lay down ground rules? I have to be MEAN MUMMY occasionally? I’m being watched now. I have to lead by example. Be consistent. Try to swear less (it’s a work in progress). The pressure! I mean, I dropped out of teachers’ college in my early 20s because I couldn’t handle the pressure of being an every day role model (that and I sucked at maths). What was I thinking having a child of my own?!

I thought that teething was the biggest problem in the world. Now I’m spending every day hiding my valuables (dirty little thieving mongrel) and cleaning up food disasters of epic ‘crime scene’ proportions! After that there might be time to have a shower, scratch myself or breathe a little.

DID I MENTION THE LITTLE MISTER SPENT A WHILE TRYING TO DROP ONE OF HIS DAYTIME NAPS?!

Luckily I talked him out of it. Things got a little too screamy and screechy and clumsy in the afternoons so he has agreed to trial a second nap once more. So far, so good.

One night my husband and I were sitting on the couch, enjoying the silence, adult dinner, and television that isn’t animated (or featuring a puppet owl with a high pitched voice), when my husband stopped and looked like he’d seen a ghost.

“What…what do we do…when the Little Mister uses a toddler bed…and he figures out how to open doors? Like in the middle of the night – what if he wakes up and gets out of bed and just starts wandering the house? How do we keep him safe? Do we lock him in his room? Do we let him wander – I mean, is locking him in his room bad? How would we even know he was up?? WHAT DO WE DO???”

Yep. You thought just having a baby – like giving birth and being allowed to bring it home from the hospital and everything – would be crazy and new. Turns out you just find new things to worry about until forever. I mean, my mum warned me this would happen but stupidly I didn’t really believe her…

SO WHAT DO YOU DO? I’m probably just gonna stay Awesomely Unprepared until that time sneaks up on me. Unless you have any suggestions…

Of course there are some amazing moments with the Little Mister. He loves playing “copying” games. He’s so quick to learn and he loves to copy us (yes – I am aware of the dangers of this) or be copied. He will bob his head from side to side and wait for us to imitate him. I’m trying to encourage him to perhaps try more of a nodding type movement…so when he gets even smarter, I will at least feel like he’s saying ‘yes’ or agreeing with me…it will be a sweet, sweet lie that I can tell myself…

Today my heart just about melted when my husband was giving him tickly kisses on a part of his neck/cheek area (he’s kind of chubby so they’re basically the same thing) that makes him giggle like a little lunatic. The Little Mister tried to do it back to my husband and when my husband pretend-giggled as if he was ticklish too, the Little Mister was SO HAPPY I THOUGHT HE WAS GOING TO SHAKE RIGHT OUT OF HIS OWN SKIN WITH LAUGHTER AND JOY. I know, right?

I might get kicked in the boobs whenever he’s on the change table, he might test me in the middle of the night (although I’ve been implementing something I like to call “Sleep School” where I have this whole system I’ve devised in order to teach him to shut up and sleep, in which he’s responding very well – thank goodness – don’t worry, it’s very humane and lovely), he might keep trying to steal my food and the food of my family and friends when we’re in public, and embarrass the hell out of me when he thinks squealing is an appropriate way to make friends. His interior decorating ideas may differ greatly from mine – everything seems better pushed as far away from its original place as possible or on a tipped over angle – but I am having a blast.