Last month, my brother went to Melbourne and I had to do some cat sitting for a few days (he was already cat sitting for my parents – so basically outsourcing his job – terrible). He told me that if I was so kind, he would bring me home a gift. It didn’t take me long to decide on what I wanted. 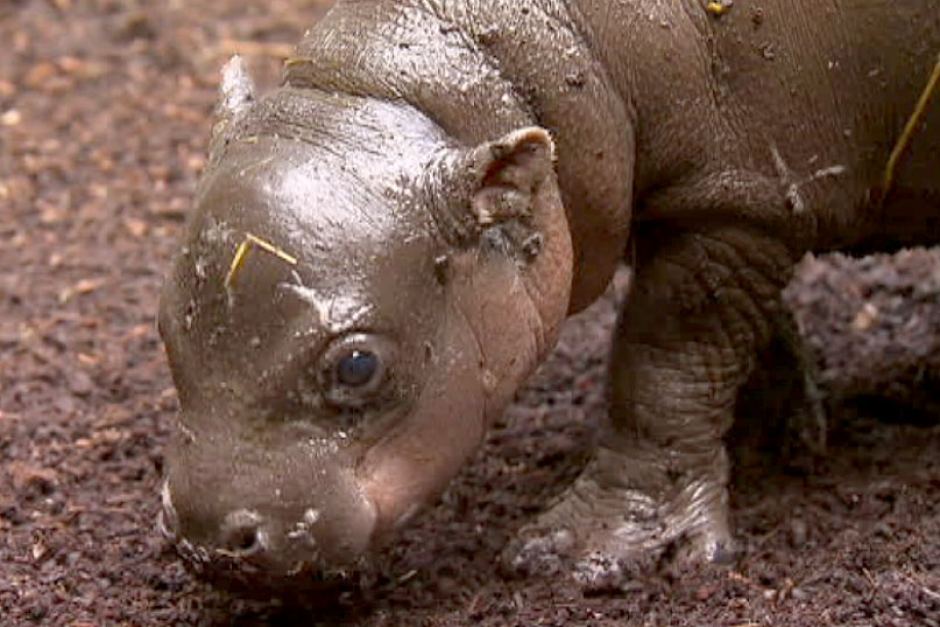 It was perfect timing, really. This beautiful baby had just arrived at the Melbourne zoo! It’s like it was meant to be! I have always wanted a pygmy hippo. They’re so adorable. Hello, they’re like normal hippos but smaller! Like, they’re only 180-275kg when they’re fully grown! Tiny!

When I told my brother what I wanted from Melbourne, he started asking annoyingly practical questions. But don’t worry, I had answers…

“Where the hell would you keep it?”

“It’s probably going to get too big for the bath. Where’s it going to run and play?”

“In the backyard with the dogs. Heidi [the grumpy heeler] probably won’t be impressed, but she’ll get used to it. And Blitz [ditzy labrador cross] will be so excited. They’d be BFFs. It would be like on those unlikely animal friends documentaries and it would be SO cute.”

So I’m pretty confident he brought me one home. I haven’t seen him yet to collect my gift but I’m so excited. As if it could be anything else!

I’ve wanted one for years, but Mr Unprepared has never pulled through for me. He just doesn’t get the appeal. I’ve dropped so many hints and pointed out pictures of the exact ones I’d like, but he just doesn’t seem to understand! Husbands!

I think they’re so cute, yet potentially dangerous. Like me. I feel like the pygmy hippo is my soul animal.

Also, they are not fighters by nature. They just ignore each other when they’re not impressed (according to Wikipedia). Which is totally how I feel about the internet sometimes. My pygmy hippo could share my blog with me. He could write guest posts about life in the bathtub. I’d clean his teeth with a giant novelty toothbrush and tickle his adorable tiny ears. DON’T PYGMY HIPPOS HAVE THE CUTEST LITTLE EARS? I have cute little ears also. TWINNING! 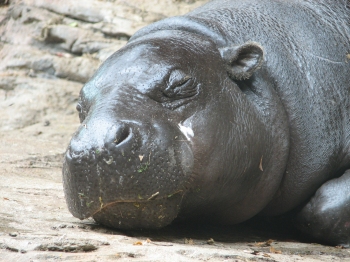 At Christmas, he could wear a cute Santa hat and I’d serenade him with “I want a hippopotamus for Christmas”, which is incidentally my favourite Christmas song of all time (and very true to my life).

I’ve never seen a pygmy hippo’s smile before, but CAN YOU IMAGINE???

My brother is sooooooo generous. He must have paid a FORTUNE in excess baggage fees to ship my pygmy hippo over, and I’m sure he’s spending a LOT of time feeding him and cleaning up hippo poo, while he keeps him for me. Which I am sure is really small and doesn’t smell at all.

A small price to pay for having me look after the cats for less than a week. I bet he’s thinking it’s totally worth it. Because he’s the best brother ever.