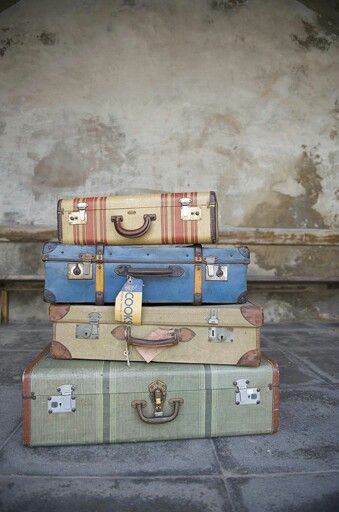 I honestly think that the one (flying) holiday related task that I dread the most is the packing process. I always hated it, but now we have a toddler. Too young to do it himself, apparently. Also, he’s not much use in carting his own things around either. Lame haha.

But seriously, I have the same issues/thoughts/nightmares every single time. Which isn’t many times. So that’s probably a part of it. I am probably not experienced enough to have a regular go-to packing routine. I have tried googling blogs with packing advice before, but to be honest, they made me feel stabby. I resent those people with their amazing organisational packing skills. I just bug my mum with questions and various anxieties 5 times a day instead. I’m sure she loves it.

So what are the things that drive me crazy when packing?

I keep forgetting that there are shops in other countries that sell things. Seriously. You’d think I was headed deep into the Amazonian jungles or something. So I freak out about making sure I have every. single. freakin’. item. a. human. being. could. possibly. need. ever. Which of course is not always practical.

I get Sorting My Clothing Into Piles Rage. Like when I try to pack lots of basics that will mix and match and also be flattering, I soon realise that all the clothes I want to take end up being black. And then when I’m trying to sort through the clothes I have put into a pile for packing potential (a PPP), THEY ALL LOOK THE SAME and I want to scream because I can’t find that one black clothing item I want and WAAAAAAH.

How much is too much and how much is not enough? Seriously. Is there some kind of magical formula? Like the time you’re travelling for multiplied by the kinds of transport you are taking, divided by your age, minus your shoe size = the precise amount of underwear to pack? What? You think it’s easier than that and maybe I am just a bit dim? My brain does not agree. My brain is very special. My brain makes it complicated. My brain wants to find that absolutely perfect balance between bare minimalism (which never feels like enough – what am I? Bear Grylls?) and being that idiot at the airport being told to pay more or throw stuff out while being publicly humiliated. You know what I mean? The bare necessities + just a little bit of cushion (not an actual cushion…you know what I mean) just in case. Right? There is a chance I overanalyse this stuff. But that’s sooooo unlikely. I mean, I’m a very together person. Yeah, I couldn’t keep a straight face while typing that…moving along…

Fear of ending up on Border Security. I am generally a ‘follow all the rules all the time’ kind of person. I freak out about being a bit naughty. Like, I won’t even jay walk or enter through an exit door. I sound like so much fun to hang out with. Doesn’t mean I haven’t broken ‘the rules’ before and had an amazing time…just that…well, I don’t want to end up on that Border Security show because I packed something I shouldn’t by accident. Like some corpse of a rare protected animal species or like a bomb or something. Oh, whoops. How did they get in there?? Wait, where are you taking me???? Are those handcuffs necessary???? I’m innocent, I swear!!!

*some bogan watching Border Security from his couch in suburban Australia shakes his head and says, “It’s always the funny looking ones…”*

I once got an unimpressed frown from a customs/security lady who discovered a full sized shampoo bottle in my hand luggage. A bottle of shampoo I had accidentally left there from our last little weekend road trip months earlier. She looked at me like I was a criminal and as I was forced to throw it away in front of her, I wished I could grab it back to wash off the shame.

Sudden obsession with lists and not sleeping. Packing makes me anxious. It’s always that fear of forgetting something. There’s all the stuff you have to do before you leave home. The things you need to buy specifically for the trip. The last minute things that you can’t put in your luggage until the very last minute (like phones and make-up etc). I spend the weeks/days leading up to a trip away obsessively writing to-do lists in the hopes that writing it all down will ease my anxiety. I have lists of stuff to do for each individual day. These are part of a bigger list of things that must be done by the time we leave. There are lists of admin related things. Lists of errands grouped by category as to where I will be and how I can kill several birds with as few stones as possible. There are the lists of what I will need in my hand luggage, what will go in my larger suitcase, lists for the Little Mister, lists for Mr Unprepared. Lists I write when I can’t get to sleep at night. Lists I write as soon as I wake up. LISTS LISTS LISTS!

I am drowning in lists.

As you can see, I am just so good at this. And such a spontaneous spirit. So whimsical and carefree. I know I’ll be fine once we’re at the airport. Then my mind will be freed up for me to worry about how the Little Mister will behave on the plane…did I mention he’s started screaming for fun lately – especially when he’s bored of sitting still?

And then give me your international holiday packing tips…extra points if you can also give toddler related baggage tips!