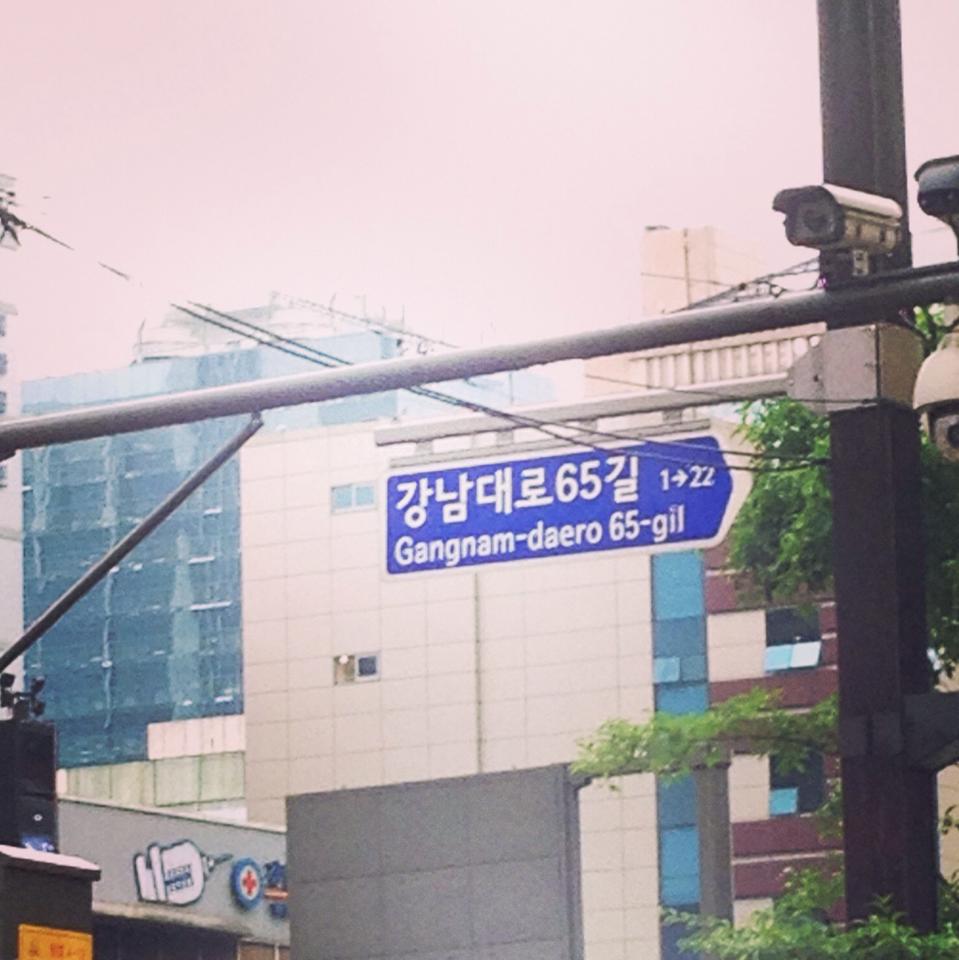 I’ll admit it. When we had an opportunity to visit Gangnam in South Korea, I mostly wanted to go because I wanted to see the place behind Psy’s infamous hit song ‘Gangnam Style’. Not because I thought it would be some kind of ‘crazy’ depicted in his music video, but because I think I wanted to debunk that idea and be able to tell people I’d been somewhere they’d actually heard of – even if it was because of a ridiculous song that makes people want to break out into a weird pony dance at weddings.

I’d also read that Gangnam is a place where there is a lot of great shopping and stylish people. I was curious.

We turned up there on a rather wet day and spent a bit of time exploring the area. The first thing I did notice was that the people were indeed quite stylish. Or at least it seemed so compared to the centre of Seoul (no offence haha). There were some great fashion retail stores along the main street, as well as some coffee places. Behind the facade of the main street, there were small restaurants and bars everywhere and it looked very different.

I had expected little street stalls selling tacky Psy memorabilia or something to capitalise on the success of his song worldwide, secretly hoping I’d find something as horrendous as a Psy bobble head or something to take home to my fellow adoptee friends (inside jokes aplenty), but alas, it was all quite a classy place. None to be found! I was both disappointed and pleased at the same time to discover this!

The only evidence of Psy’s handiwork was a hideous…this… 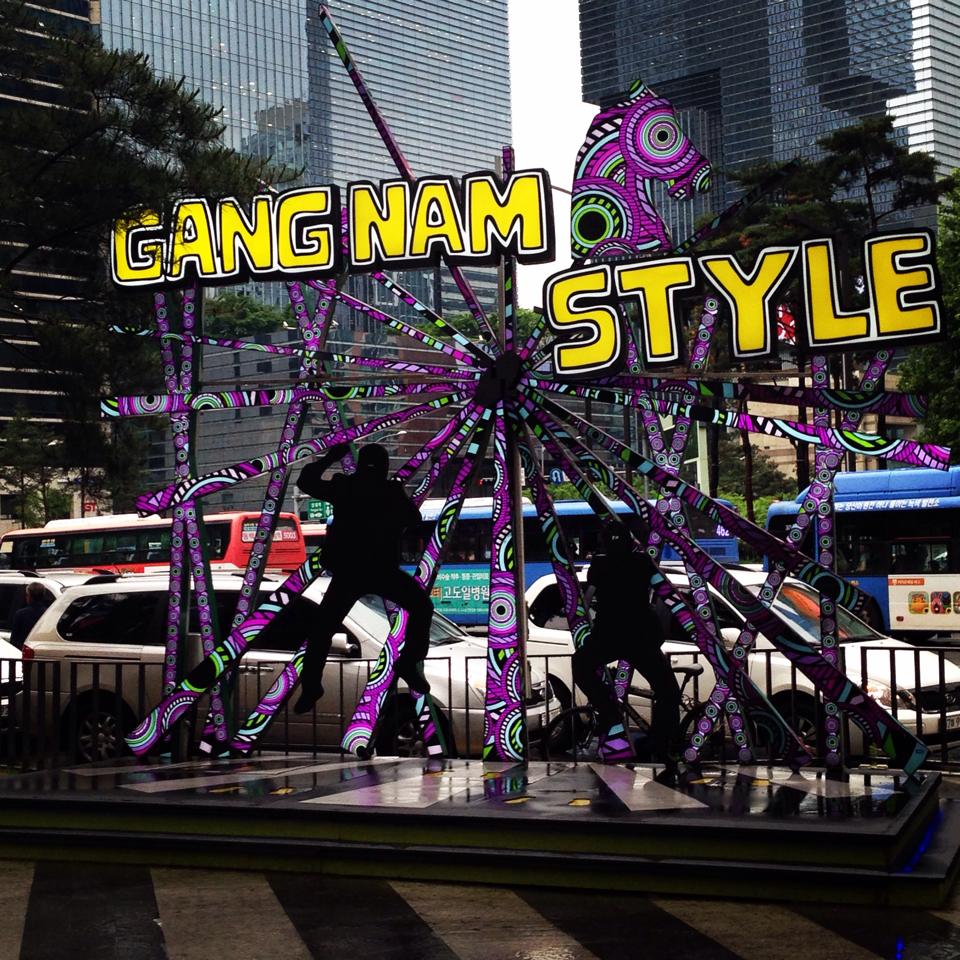 I think there were spots on this makeshift platform where you were supposed to stand so you could take your photo, but honestly, I did not have the balls. Or the willingness to embarrass myself THAT MUCH.

I didn’t get much actual shopping done that day, because I felt we wouldn’t be able to cover as much ground if I kept ducking into places, but it was still nice to window shop. Also, I was with Mr Unprepared and the Little Mister who aren’t as keen on shopping as I am…ladies, you know what I mean?

Gangnam was also the place where I wrecked my shoes. The sidewalks were wet and my shoes were not *ahem* waterproof. Some kind of mysterious reddish coloured ooze started to squelch (I love that word) up around my feet. Which was really grossing me out. I couldn’t tell if it was some kind of terrible road goo or if it was some kind of glue that had been used to construct my shoe. Either way, those shoes were not to survive, despite being my go-to winter shoes at home. Damn, it was hard trading them in for a cute orange pair of shoes on sale for $25 when we were back in Australia 😉

I will leave you with this video…I think we all know how it goes. If it gets stuck in your head all day, SUCKED IN! HAHA. It’s kind of fun watching the video back and recognising the typical countryside or city scape shots, as well as those bloody subway trains which I swear we lived on!