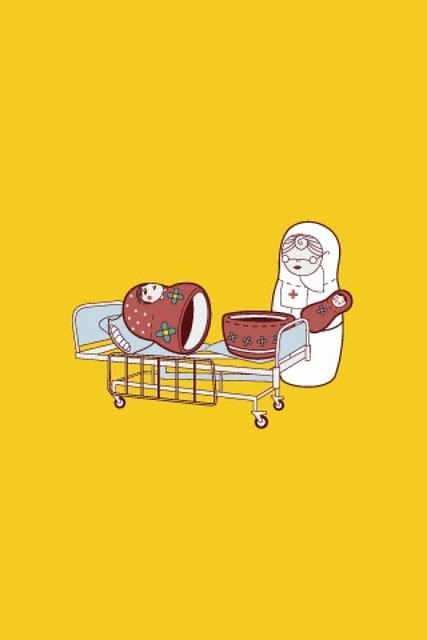 I was inspired to write this post because lately I’ve had a few friends facing the idea of a first time C-section delivery of their bubs. I remember what it felt like having all these questions and concerns beforehand and I have decided to share what my experience was like. I hope that you find it interesting, positive or even helpful x

I think I always had the weirdest gut feeling (haha funny no pun intended) that I would end up having a Caesarean Section with the Little Mister. While I was pregnant, I constantly tried to psych myself up for the fact that I might end up with an emergency one. I just felt it in my bones. Maybe it was ‘pessimism’ (I’d not had the smoothest of pregnancies), but maybe it was just mother’s instinct. Either way, it felt daunting and way out of my comfort zone. Before my C-section, I had never even been in hospital, unless I was visiting someone or had a routine appointment (which only happened for the first time when I was pregnant).

I was all like, “WHAT? They might have to cut me? In my belly? And PULL out a baby?! A whole entire baby?!”

I wasn’t a stickler for a birth plan (thankfully), but I did have a few concerns about a C-section birth!

Would the anticipation of surgery freak me out?

A part of me suspected that if I needed an emergency C-section, I wouldn’t have time – or the presence of mind – to worry (I was right), but I still worried that if I was told to have a scheduled C-section that I would psych myself out so badly that I would be a terrible bundle of nerves (and perhaps not a great patient)! I mean, the idea of being awake during a serious (and life changing) surgery just weirded me the eff out.

Also, I’d been watching that One Born Every Minute series and they’d shown a C-section taking place. I saw the way that baby just schlooped out of the mother’s surgical wound – pulled out almost violently – and I found it quite confronting!!! Not gonna lie! I was glad to see the real deal (I’m a ‘knowledge is power’ kind of person) on TV, but having that happen to me? WHOA.

I can’t speak for those who have had scheduled C-sections, but I have heard that the experience can be incredibly (and surprisingly) amazing. You can plan it all out, you have time to try to wrap your head around it, it happens before you’ve just suffered through hours and hours of attempting a natural labour, and I’ve even heard women talk about how they could do their hair and make up and have nice photos of their first cuddles!! 😮

What I do know from experience is emergency surgery and I honestly was in no position to freak out. For one, I had gone a little loopy on gas (turns out I’m very responsive to it) and in anticipation of possible surgery, I’d had an epidural administered (something else I am quite responsive to it turns out). I was quite out of it! But seriously, it was all about getting the Little Mister out healthy and well. I had never done this whole baby creating/birthing thing before and I just trusted the incredibly capable staff around me.

I was wheeled away to theatre and while I do remember being a tiny bit apprehensive (sh*t starts to feel real in there – I won’t lie), I had Mr Unprepared holding my hand and somehow an inner grit just kind of shone through. I just had to do what I had to do. There was no fighting it. Besides, I couldn’t run away – I had no feeling in my lower body haha.

The anaesthetist was very comforting too. He talked me through it a little (even made some great tension breaking jokes) and did all the tests to make sure I really couldn’t feel anything. That was comforting. They don’t just start cutting – they do have to check some things with you first. A relief, really haha.

Would I feel it? Because I so don’t wanna!

I was told that some women will feel a pulling sensation while having a C-section. This made me squirm. Not so much in fear of pain, but it just sounded kind of “urgh” (I don’t have a better word for it). I was lucky. I felt sweet eff all. Those who have told me they felt the pulling, have never told me that it scarred them for life or that the pain was unbearable. That’s kind of comforting, right? Can’t be as bad as pushing a watermelon out of your hoo-ha all by yourself, right?

What if I could see it happen? Holy sh*t that would just horrify me!

As I lay there with the curtain divider thingy up, I suddenly noticed that if I wanted to, I would see my reflection in the big metal apparatus (was it a light or something? I don’t honestly remember). This worried me a bit and I tried really hard to keep my eyes away. Just when I thought I had managed to do this (and was cool with it), someone angled it away deliberately. How thoughtful of them – yay. I know some people would rather see it happen but I was not one of them! Again, I didn’t want to scare myself seeing the surgery play out. I had never had surgery for ANYTHING in my life. No broken bones. Not even any stitches!

I’ll admit it. As my due date became closer and closer, I started to become more worried about having an itchy wound than I was about the actual possibility of surgery! I had been so ridden with itchy conditions (PUPPP rash and the infection that eventually brought on my labour), that the thought of having my Little Mister out of my belly and still suffering the torture of itchiness seemed unbearable. I know I’m a wuss, but for me I think being itchy is the worst physical torture I’ve ever experienced! I’m the first to put my hand up – I can’t leave an itch alone. But a C-section scar? I’d be forced to leave it alone and the idea drove me nuts!

Right after surgery I was on pethidine (painkiller) and it thankfully did not seem to cause itchiness as a side effect. I had a big pad over the wound (can’t remember if I had a proper dressing first up or not) and I was on bed-rest of sorts for 48 hours (although it is normally 24 for those who have a routine kind of C-section). I was so relieved to not be pregnant anymore that I think the stress levels decreasing did help me to not focus on the wound.

I spent a lot of time gingerly shuffling around in the first few days at hospital. I probably could have been a little less shuffly, but I was nervous about the wound as I had never had surgery before. When I got home from hospital I remained very cautious. It did really help that Mr Unprepared was home on leave from work for a few weeks. He was able to do the things I couldn’t (they advise that you don’t lift anything heavier than your baby for a few weeks), and while this was frustrating for me at times (I wanted to be the on-top-of-it new mummy who knew how to do everything but I couldn’t – my husband even learnt several baby related tasks before I did), it was also quite nice to know my biggest job was just to recover and to cuddle and feed my baby. Good bonding right there 🙂

I started to feel quite good within a couple of weeks, which really surprised me. It was so nice to move again without feeling a bit sore or shuffly. Getting in and out of bed to pick up the Little Mister for a feed became much easier (at times Mr Unprepared had to get up for me and pass him over in the middle of the night) and I started to enjoy being physically free (well compared to just after surgery haha).

By three weeks, I was ready to take my first solo outing with the Little Mister – a very big deal for a new parent. I was able to lift my stroller out of the car and get the Little Mister in and out of his seat. I was probably twisting and lifting a little too much but the fact that I felt mentally ready really was a great milestone.

In the present day, my scar is quite visible and dark in colour (I always scar prominently and dark), but I don’t care too much. I’m not bikini ready and even then, the scar sits quite low so I’m cool with that. I probably could make more of an effort with bio oil etc to help it fade but it is honestly not of much concern to me. Sometimes it will get itchy (if my skin is a little dry or my underwear rubs on it a tad uncomfortably), but it’s not horrible. It’s just a little uncomfortable occasionally. 99% of the time it’s completely forgotten. I don’t feel less attractive because it’s there. In a weird way I’m proud of my battle scar. It’s evidence that I lived through something life changing (and ultimately positive)!

Two years later on reflection, I don’t regret that the Little Mister had to be delivered via C-section. In fact, to be honest, it’s all I’ve known and I’m cool with that. I don’t think I ever felt all cut up about how he was delivered (eek – excuse the terrible choice of words). You have to do what you have to do and I think I was quite the little trooper 😉

In fact, there are advantages to a C-section. I was able to avoid doing any damage to my lady bits! While this can still happen if you have a long labour before you head to surgery, I was lucky. There’s an upside to everything, right? I was also lucky that it all happened so fast. While the reasons for this were a bit scary, I did feel glad that I hadn’t suffered for an eternity beforehand. I still call it ‘giving birth’ and I don’t think I’m any lesser than someone who was able to deliver naturally (good for you if you have – what a champ!)! Each new mother goes through some kind of adversity or pain delivering their baby – however your baby comes into the world isn’t what’s important – it’s their health and the fact that they’re alive and well that matters. It’s the fact that you have your beautiful baby that you’ve dreamed of that matters.

Do you have any questions? Or advice for those facing a possible first time C-section?