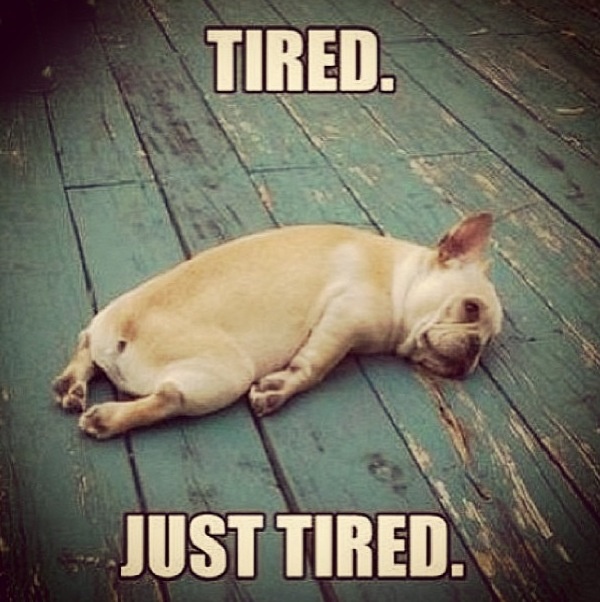 At 19 months of age, the Little Mister has decided that sleep isn’t so cool anymore. While he’s always generally been a great sleeper, we have been through our share of regressions and teething issues! Throw in the sniffles a few times and it’s fun times for everyone!

Whoever tells you that you become an expert at cry analysis is an idiot (and if I ever tried that on you in the past, let’s just put it down to naivety)! Did you know that toddlers are very inventive? Well, they are. They’re like Apple – always creating new versions of old cries so you have to pay more for the updates. And when I say ‘pay more’, I mean with sleep. You pay with sleep. You’re always playing the catch up game. Awesomely unprepared for what comes next.

Combine a toddler’s new, inventive cries (they’re no longer just hungry or wet) with your own need to crack the mystery from your own bed, gripping the baby monitor and trying to breathe…and you don’t get much sleep.

Reasons I’ve been woken in the night (to date):

Lately that hasn’t been going so smoothly either.

Almost all of the things I’ve listed have their own very subtly different cries, whinges and shuffly/banging sounds. I find myself lying awake at night, using the part of my brain that should be saved for doing complicated mathematical calculations or like rocket science or something…when I should be slumbering peacefully. My ears probably move around like top of the range spy equipment, detecting the most subtle information from the sound of a toddler in bed. While following my gut feeling tends to work well, I do still lie there afterwards, doubting my own judgement and reminding myself to stay strong. I find these thoughts do not do much to promote my own sleep.

The Little Mister is also getting better at exercising his own will. So that’s fun.

Before I get all angry at him for disturbing my much needed “zzz”s, I remind myself that he is taking in so much at the moment. He’s learning SO much that he has to fit into his little noggin. Not just development wise, but the things that we are asking of him. Social skills and household rules to follow (simple things like don’t pour your milk all over the floor and then dance in it – we love him finding simple joys but we also don’t love mysterious stale milk aromas coming from strange places). He’s getting a new sense of frustration because the gap between his feelings and wishes and his ability to communicate them effectively is still wide. He gets better all the time, but who wouldn’t find that hard?

This feels like a phase (there’s always a new one – best get used to it) that we need to ride out with love, patience and just the right level of discipline (firm but kind). I can read all the books and all of the dodgy internet sites (there are plenty) I like, but at the end of the day a baby or a toddler can’t read, so they don’t know what to do. Just like there is no one definitive manual on how to be a parent, there isn’t one on how to be a baby either. We’re all just bumbling along, trying our best. The day I lose compassion for my little man will be the day I realise I need to take stock and reassess. There’s a difference between being frustrated at the situation (ie feeling tired and annoyed that you’re a zombie) and directing it at a child that doesn’t know any better or is still learning all of life’s rules. I remind myself of this all the time. There will be a time when the Little Mister is just being an annoying little you-know-what for the sake of it, but that day isn’t here yet. He’s just growing, developing and learning. Often the hard way. It’s my job to be there for him through it all. If I’m exhausted, there’s a good chance the Little Mister is too.

In the mean time I will try not to forget my purse when I go to the shops, to come home with the one item I left home for and to remember why the f*ck I have walked into a place. I will also try to laugh. Except for when the Little Mister is doing something he shouldn’t be doing, but he’s doing it cutely and I have to pretend to be unimpressed.

Talk to me, what’s keeping you (or a bub in your life) awake these days?