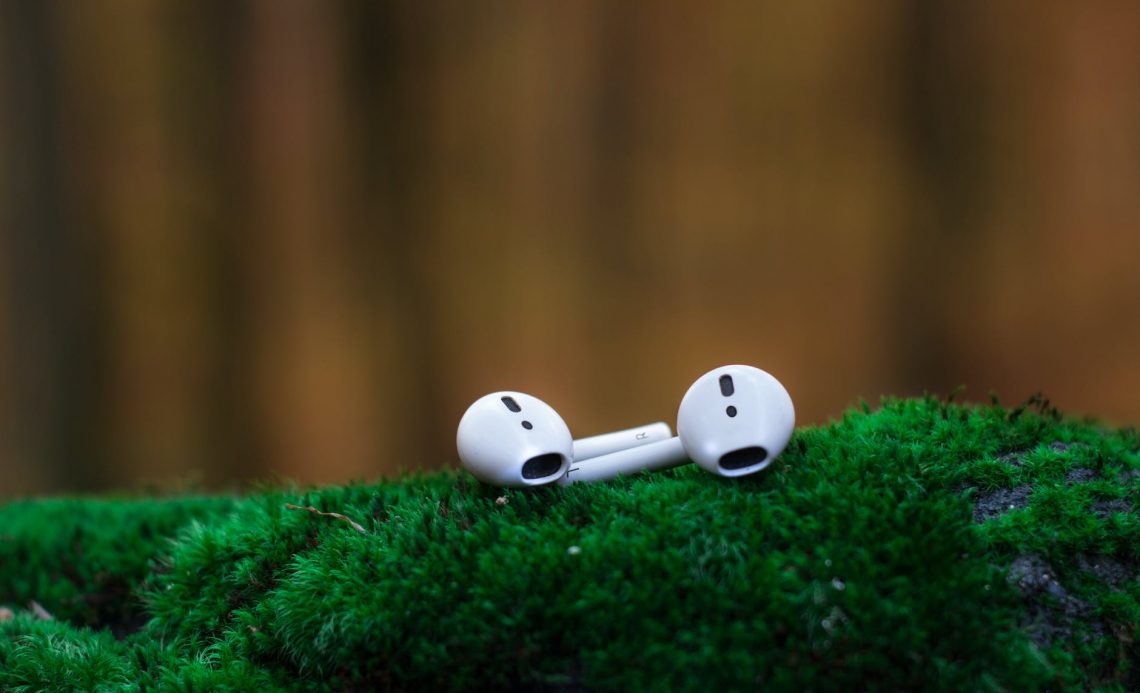 Recently, I did the best thing ever. I finally invested in a pair of Apple AirPods (obviously not sponsored haha). Sure, they look ridiculous, but they have been an absolute game changer!

It probably sounds silly to those who have been using them for years, but I’ve been a bit of a late adopter and it never occurred to me until recently just how useful they are for this stay at home mum!

They have given me some little freedoms I didn’t have before!

I can roam around the house on phone calls, multi-tasking, without a phone in my hand for my toddler to try to grab off me. Sometimes it buys me extra time because it can take a while for the kids to even notice I’m on the phone (weird – do they think I’m talking to myself?).

Another thing I can absolutely enjoy is content that is not suitable for their ears! Of course I keep an ear/eye out for the kids at all times and am selective about when to use them in the efforts of being a present parent, but there’s something delicious about listening to my favourite sweary music or watching social media content that may not always be appropriate for kids without an impressionable audience gathering around (kids get so excited when they hear audio coming from a phone)!

Now that the kids (almost 9 and 2.5) are getting better at entertaining themselves, it’s been easier to make dinner at night (maybe not psychologically but I can get through the process physically haha)! I love chucking on a podcast and turning a mundane task into a version of me-time (it’s still not *real* me-time but it’s better than nothing on those days where you just cannot get a break)!

I don’t know if this sounds weird to anyone who is not me, but splurging on AirPods has actually given me a bit of ‘me’ back, at a time when I’ve really felt like nothing is sacred lately! This is partly a 2020 thing (isolation was intense right? Sending love to all the Victorians who are still in it!) and also the reality of having a toddler who isn’t in any kind of care yet (which means I am not doing any other kind of work and I get very little time to myself as an individual).

Also, I don’t get tangled up in cords anymore – bonus!

Anyway, this isn’t an AirPods ad! Promise! I do recommend any kind of awesome bluetooth-y ear bud situation, though (if used responsibly blah blah). They’re a game changer and I feel silly about how much I love them! It’s the little things, sometimes.

This is Em Rusciano’s current podcast. It was started up as a way for her to get through lockdown earlier this year (especially as she resides in Victoria) and it has kept me company throughout this pandemic quite nicely! It’s full of laughs, relatable mum/woman/person in a pandemic stuff, she addresses social justice issues and recommends ridiculous television shows. She is often accompanied by her best friend Michael Lucas (a very accomplished TV writer) and they are a wonderful combination of personalities and second to none banter.

Matt and Alex – All Day Breakfast

Like a lot of people, I have missed Matt and Alex since they left Triple J as breakfast presenters. When they decided to start a podcast during lockdown (version 1.0), I was stoked. They are funny, have a lot of great banter, hilarious running segments and like Em (above), are not afraid to get serious on topical social justice issues. A stand out being when Matt shared his personal experiences as a person of colour while BLM was really taking off in the US following the death of George Floyd (and as a result Australia started to look at ourselves). I was so moved with his vulnerability. They are a great, entertaining listen.

Armchair Expert is hosted by Dax Shepard (also known as Kristen Bell’s husband haha). He deep dives into the lives and minds of (usually) celebrity guests (we are talking very high profile) and you learn so much that you didn’t know before about them. How they got where they are in life and how they tick.

I hope this doesn’t sound bad because I do not mean it to, but it’s the best podcast for when you have insomnia. It’s really fascinating but it’s also really soothing for some reason haha.

I am so far behind on this one, but I will catch up one day!

It’s obviously quite a dark topic but the Claremont murders have really impacted not only those who were directly affected (families and friends etc), but it changed the fabric of Perth’s social scene and women’s sense of public safety in the 1990s.

To follow the trial of Bradley Robert Edwards and learn so many unheard before details of these crimes is not only (obviously) chilling, but really interesting and for me it fills in so many weird (but understandably important at the time) gaps in information that the public received up until now. Like I said, I haven’t heard all of the episodes yet, but I do really hope for justice for the families. A real sense of respect and empathy for them throughout the podcast is really good to hear.

Before I watched the Netflix series, I wanted to listen to the podcast. I wanted to know the true story and I was hooked.

It’s the story of the life of a creepy guy called John Meehan and what happened when he married a woman named Debra Newell, who had no idea who he really was.

It’s wild. It’s easy to judge Debra for being sucked into his lies, but the more you delve into the podcast, the more you realise how this can happen when someone is a skilled predator.

Please leave a comment with your favourite podcasts! My to-listen list is SO LONG but I love collecting them!