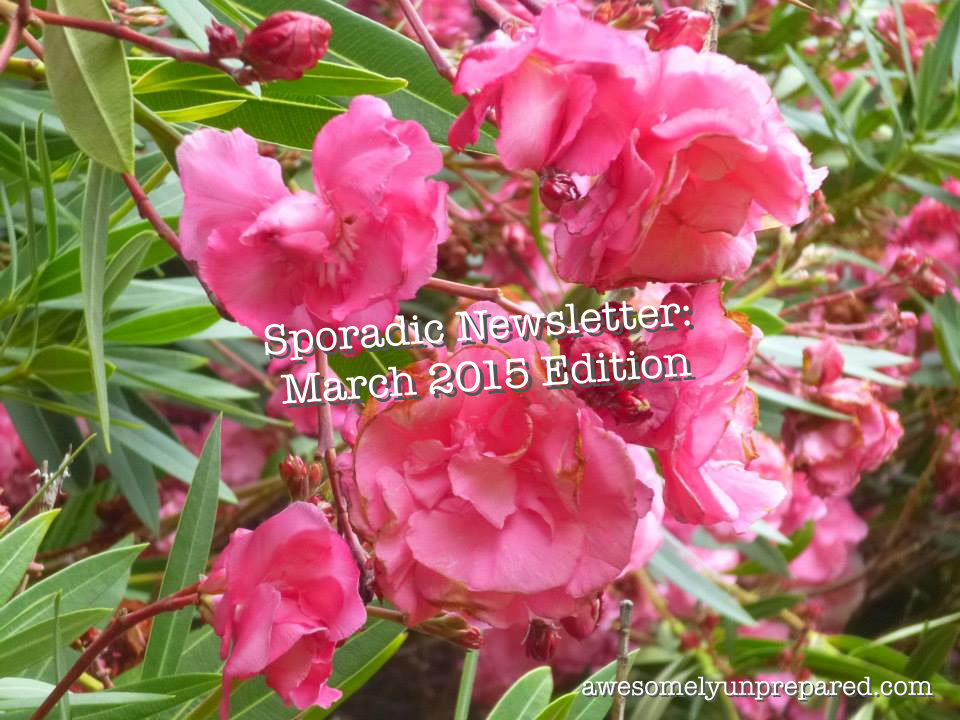 Here I am, having survived the great internet outage of 2015. It was just over a week, but it felt like forever. You can laugh at me if it all disappears again tomorrow, but right now I am readjusting to life online – SO MUCH STUFF ON THE INTERNET, SO LITTLE TIME.

I figure it’s time for a ‘newsletter’, because in the weirdness that has been the last week, it has been hard to savour some of the non-whinging-about-having-no-internet related moments. I want to remind myself.

Here’s what we’ve been up to lately…

Spending more time talking to my Internet Service Provider’s call centre employees than I would have spent on the internet this week.

Yep. I clocked up around 11 hours. That’s enough hours to consider it a part time job. Except I never got paid. It was the most frustrating, all consuming (despite my best efforts for it not to be) experience. I have no words for how stressful it became. Which is silly, because it is just the internet, I know. But when a company has a system that is so badly structured and executed, you can become very disillusioned very quickly! Oh and the hold music. The hold music was so irritating. It was irritatingly like Uptown Funk but not so much like Uptown Funk that Bruno Mars could sue them. You know? And I liked that song. I really did. DID.

Luckily, the problem seems to have been solved now. It was a perfect cluster of f*ckery that combined to make having the internet something that seemed impossible. Old, outdated cable wiring to our house (something that people over the phone could never have diagnosed but should have sent someone out to look at it earlier). Being sold the incorrect router to replace our old dead one. Bad customer service all round. And those are just the things I can think of right now. It was weird. I was probably meant to learn a life lesson from it all. I think I did, just quietly, but it was a very personal one so I won’t go into that right now (there’s not enough time in the world haha). I GET IT, UNIVERSE. THANK YOU…I think…

The Little Mister got a hair cut. 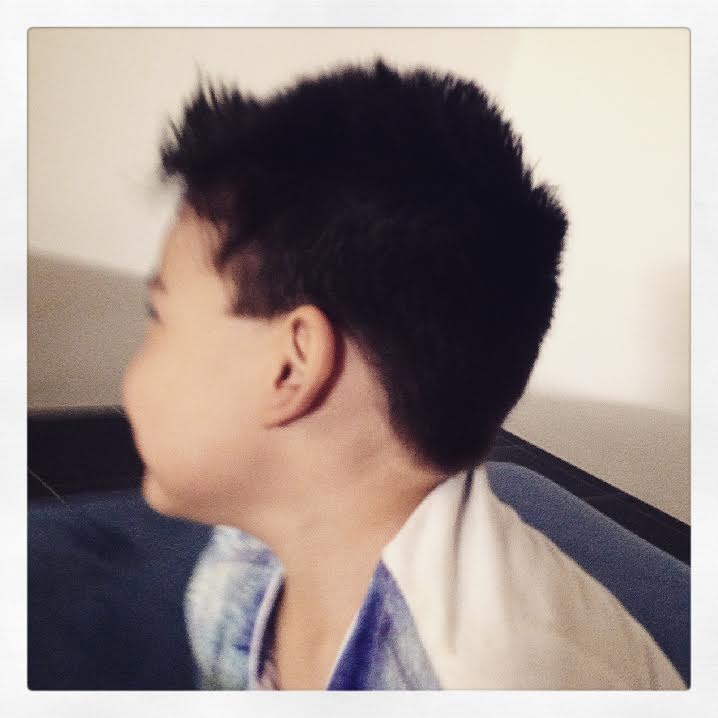 It definitely wasn’t his first hair cut. This kid grows hair like nobody’s business. But it was the first hair cut that took me aback a little. He just looked so…grown up afterwards! I was looking at a 10 year old all of a sudden. Or at least it felt like it! I was suddenly seeing him as a school kid. A big kid. A handsome (of course his mother thinks so) man-child who’s gonna be graduating from high school and travelling overseas without me and meeting the love of his life and maybe having children of his own…like tomorrow. Crazy.

The Little Mister learned how to pedal his bike.

This makes me so proud. It’s one of those underrated milestones. I saw him look at that bike on Christmas day, completely overwhelmed by this big kid contraption. I saw his eyes widen with trepidation. THEY THINK I CAN RIDE THAT??? DON’T THEY KNOW I’M SO YOUNG?!

Today, as I watched him pedal it along the pavers of our backyard, feet moving, determination on his face, I’ve never been prouder. He thought it was impossible until a few days ago. But he kept trying and he got there. He even asked us to store his beloved toddler trike with all his other baby (“bubba”) stuff last weekend. I knew then that he might be ready.

Nothing better than seeing your child master something they once thought was impossible. I am so delighted for him and the confidence I hope it has brought him.

I’m going back to work…kind of…

This week, I will be starting my first day of paid work since before I fell pregnant with the Little Mister. I’ll start slowly, doing around a half day a week helping my parents with admin stuff. It’s kind of flexible (great for a SAHM who has limited day care options) and it’s baby steps towards getting back into the work force down the track. It will be good to reacquaint myself with some of the skills I’ve put aside (or used very differently at home or as a parent).

I booked a trip to Sydney!

Yep. The most exciting news of all. Sydney is like my 3rd home. My real home being my first (haha duh), Tassie being my 2nd (lots of family there). I’ve also spent a lot of time in Sydney (because my parents do). We have family friends and even (as it turns out) a bit of family there. When my parents let me know they were making yet another pilgrimage to Sydney for my dad’s work this year, I thought it would be impossible. We have so much to do at home and after all, I had planned on being a home body this year. But like with anything that’s meant to be, the stars aligned and I am so thrilled. It’s just a long weekend, really, but it’s time to be child free and see some special people and places for the first time in a long time. I get back one day before my 31st birthday, which I can then spend with Mr Unprepared and the Little Mister. How perfect. I am very lucky. What a birthday present!

So…what have you been up to lately? xo