I started writing this a week ago (the Little Miss is 7 weeks old as I publish this)! Getting back into blogging is harder than it used to be haha.

Yep. We’ve reached that magical milestone. Six weeks after the delivery of the Little Miss. That time when you go to the doctor for a check up and you hopefully get a lot of answers that will help you to move on with your life. At least that’s what it symbolises for me!

It’s been a long six weeks, but it’s also gone by so fast. That is a shit sentence that doesn’t appear to make any sense but I think most parents would get what I mean! The weeks felt like forever when it came to my own recovery from a C-section (and even just the realisation that the baby was here and I had to get the hang of looking after her). But they flew by when I look at the difference in the Little Miss between the day she was born and now.

The hardest part for me was not being able to drive (they recommend that you don’t drive for 6 weeks after having a baby via C-section). I did cheat when the Little Mister was born and remember escaping for coffee with a friend at the 3 week mark. I remember feeling pretty good by then. This time felt like I needed longer to recover. My scar didn’t heal up quite as quickly as it did the first time around. As much as my mental health was declining, I knew that physically I did not want to mess this up. I had looked forward to getting my body back so much during my pregnancy, that I did not want to risk any long term complications with my health or do anything dumb to prolong the amount of time I was out of action at full capacity.

I hated the lack of independence I felt. I am a stronger, more confident woman than I was in 2011 when the Little Mister was born. This time I am not scared to leave the house or socialise. I also just love to drive. I am a driver. I hated having to run every little life decision past my husband, because he would have to drive me every little place I wanted to go and be standing next to me, or waiting around for me, at all of those places. My life is an open book but it just started to feel like nothing was sacred! I also felt guilty making people run around for me, so sometimes I wouldn’t ask for things, which just made me feel more isolated (stupid Kez). Mr Unprepared would tell me off later because he would have got the thing for me or helped in the night if I needed it. I felt like having to almost ask my husband’s permission to do anything was getting real old. I felt like the dynamic between us wasn’t equal anymore. It was nobody’s fault but the stir crazy feminist in me was furious!

I now have the official go ahead to drive and to exercise (although admittedly not as hard as I’d like just yet). Just being able to say I need to let off some steam and have a vigorous walk around our suburb with the baby, and being able to just do it seems like heaven! Or to plan a day where Mr Unprepared and I can share the load with school runs or grabbing some alone time. I was so jealous of that bastard at times during the first 6 weeks. I’d fume (to an unhealthy level) over him being able to take the Little Mister to school. That meant he got ALONE time in the car for at least an hour a day in total. Then when he’d make a SPONTANEOUS decision to pop into this place or that place on the way home from drop offs BY HIMSELF JUST BECAUSE HE COULD, I’d be absolutely disgusted haha.

About 4 weeks in, the Little Miss began to settle into a rhythm with me and I calmed down a bit. It does take some adjustment and I had to remind myself that there’s a reason they say the first 8 weeks with a baby can be the hardest.

The other day we had our 6 week check ups. Of course the Little Miss was a beautiful, sweet, innocent little angel who gave me the easiest day ever. That’s what babies do RIGHT BEFORE they get their immunisations. Just to make you feel EXTRA guilty for taking them to be stabbed with needles. It was difficult because we were in the waiting room at the clinic for almost an hour and as luck would have it, the Little Miss fell asleep about a minute before we were called in to see the midwife. Which meant she was about to be woken long before she got the rest she needed, stripped down to naked (babies love that – not!) and weighed/measured. Then stabbed. Of course, this did not end without lots of baby screams. The good news is that she is growing so well! Thriving in fact! She’s getting chubby (the good kind) and she’s grown almost 5cm since birth! She got a mild temperature which stayed with her for 24 hours or so after her needles, poor thing, but she slept almost through the whole night afterwards and a lot of the next day. She must have really needed it.

Then it was my turn. It was quite a pleasant appointment and for once, I did not have to lift my dress up to be examined anywhere – yay! We had the contraception talk and I felt so excited to come away with a prescription for the pill. As I am hardly breastfeeding anymore, I was looking forward to getting my life back to normal. I have been off any kind of contraception for almost 4 years and my body was always hormonally all over the place with the fertility medications and bad PMS and horrible periods (not to mention my pregnancy hormones give me PUPPP rash etc). It was the sacrifice I made to try to grow our family. It was ROUGH. Having the doc write up a script for me, made me feel so happy. The pill helps me so much. It clears my skin, controls my PMS, makes my periods very manageable and predictable, and therefore improves my quality of life. While it’s bittersweet to have to completely give up breastfeeding when I decide to start taking it, I think my kids will absolutely appreciate having a sane, happy mama who isn’t ruled by her monthly cycle. My baby will just be happy to be cuddled and fed well.

I still have to take that awful Glucose Tolerance Test (to confirm that I got rid of my gestational diabetes), which annoys me because I hate having it hanging over my head. But hopefully that will happen in the next week and hopefully the results will be in my favour.

Anyway, looking forward, I am a little bit in disbelief at how different my life will be now. Once Mr Unprepared returns to work, I am going to be chucked into the deep end with adjusting to juggling a baby and a school kid on my own! I know millions of parents have been doing this forever (with even more children than I’ll ever deal with), but I could swear I am the first person to ever try it and it seems SO scary haha. I am sure I will figure it out and I will toughen up pretty quickly. I mean, you just have to, right? Right?

I am also in shock that life after infertility will be very different to what I’ve grown used to. It’s hard to change my mindset. I have to keep reminding myself that I won’t have to overanalyse every part of my cycle anymore (I caught myself doing that just yesterday in fact). That I’ll know when my period is coming and not have to experience that awful anxiety about my life stopping every month for a few days because it’s so awful for me. Not feeling devastated and emotionally wrecked every time it arrives. Not having to hold back when it comes to exercise at any time for a variety of reasons. Not having blood tests so regularly that not having them feels weird. Having a social life where I can commit to something ahead of time, without having to revolve it around my sometimes unpredictable cycle (and corresponding treatments/tests/appointments/procedures that can’t really be planned in advance), which would often make me feel like a horrible flake for letting people down at the last minute even though I couldn’t help it. Having a cold or something and being able to take whatever medication I need to take to cure/treat it the quickest – I wasn’t just limited during my pregnancy, I was unable to do so for at least a solid couple of years and it was miserable!

Bring on the better times!!!!

Basically, as much as having a new baby and adjusting to having two children is a big enough deal, I know that it will have nothing on what I’ve already been through. It will be a different set of challenges to deal with and I am so grateful for that (even if I will probably forget at times)! 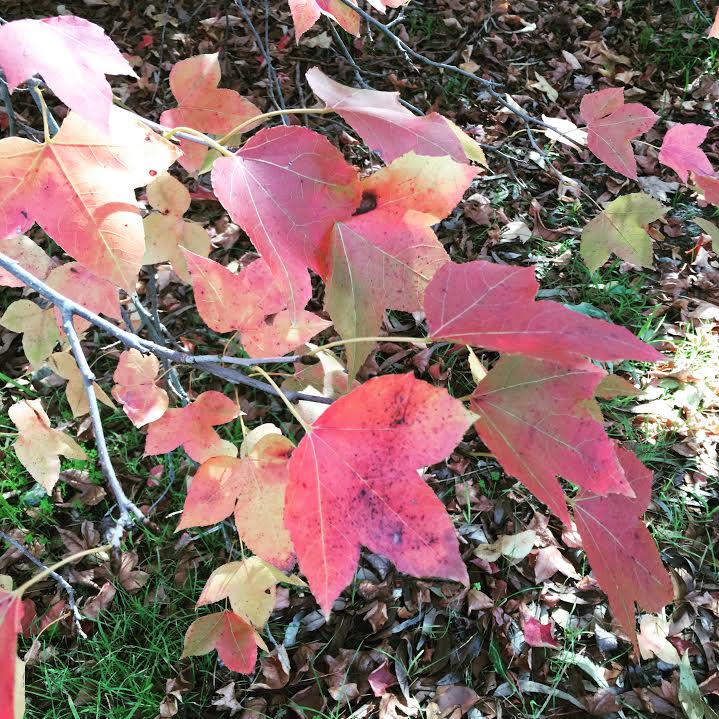 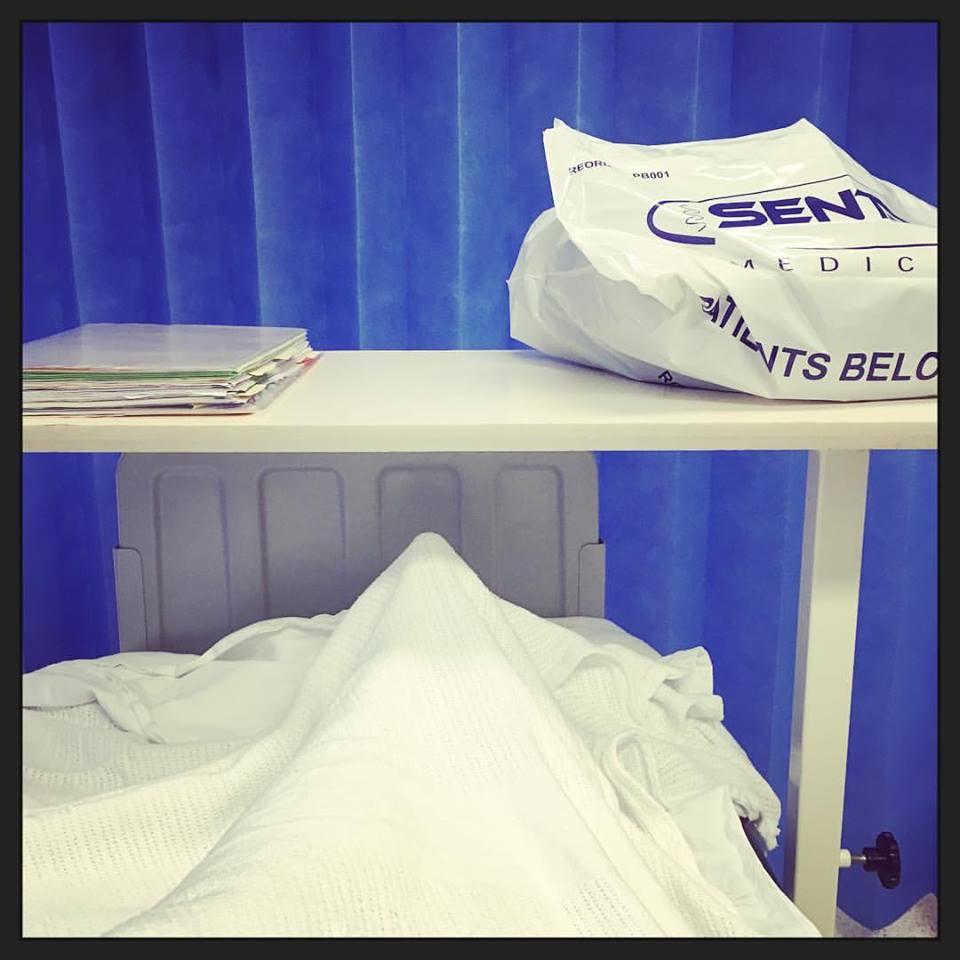