“Sticks and stones may break my bones, but words will never hurt me.”

I’m sure the expression was created with the best of intentions many years ago, with the message that it’s important to be resilient and have a tougher skin when people say mean things (which is fair enough on some levels and that’s for a whole other blog post), but in all reality, words are so important and shouldn’t be given less significance than physical hurts. It is our responsibility to use our words wisely. I know that as the Little Mister grows up, that is one very important thing (of many) that I want him to know. 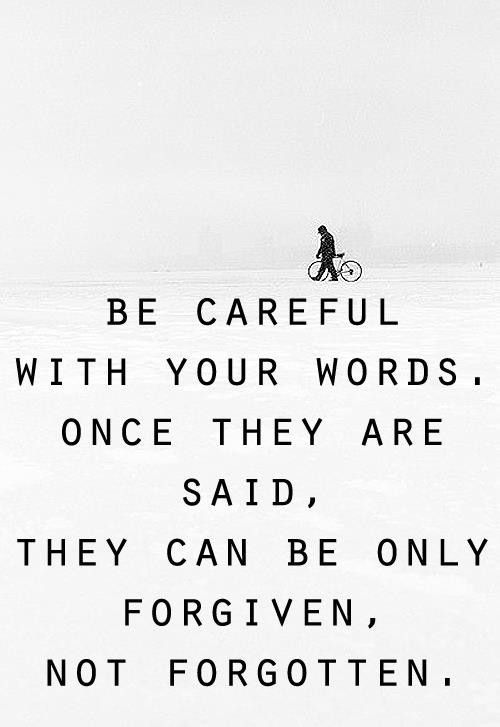 While we’re always drilling home the important idea that we must be strong and choose the way we react to a challenging situation or person, we need to remember that we also need to be considerate of what words we put out into the world for others to react to. Should we be hurting them in the first place? Of course not. Will everyone in the world be nice to us and use kind words? Of course not. But should we try to do/be better than that? F*ck yeah.

Even though, we are supposed to all be ‘tough’ and ‘strong’, some of the worst hurts we look back on in our lives can be very emotional or involve something horrible someone has said that has made you feel a certain way. While in my mind, physical violence is abhorrent and should never ever be tolerated, we need to also remember to never use our words violently – even in the heat of the moment.

Words can constitute emotional violence and abuse. Yes. It’s a thing. A very real, awful, damaging thing. People don’t realise it, but physical violence is actually a tool that abusers use to reinforce their verbal and psychological bullying. It can make or break a person’s self esteem, whether it is a child or a partner. You can only put a person down or use controlling language and threats for so long before they start to believe what you are saying, too afraid to escape a situation. According to the ABS (Australian Bureau of Statistics), one in four women report to having experienced emotional abuse, and one in seven men. We need to teach our children not only to not accept this behaviour from others, but also to never be the perpetrators. It starts now. While they’re young. We need to teach them that words matter.

“Whatever. It’s just words. It’s not like I hit anyone…” should never be uttered as an excuse. Ever.

Personally, my worst memories involve the words that people have used. They are the hardest to shake. Sometimes people don’t mean to use their words hurtfully, but can be careless. Once something is said, it cannot be completely unsaid. We need to think before we speak (or type). Especially in this modern age of social media and internet anonymity. Of trolling and cyber bullying.

Think words aren’t that powerful? That words should just be ignored? That people should just ‘get over it’? Maybe consider these things:

Words can make or break a politician’s career. How many times have we judged them on what they’ve said and whether they’ve meant it or not? How many times have we seen a pollie crash and burn because they’ve said something completely intolerable or ridiculous (I can think of several very recent examples)? Or remembered the politicians who said such powerful things that they are forever immortalised by their inspiring speeches?

Without words, blogs (and bloggers like myself) would not exist (nor would lively debates in the comments sections). Books wouldn’t be so powerful. When’s the last time you read a book and thought, ‘Wow. That was so amazing that I couldn’t put it down. That writer really brought the story to life. I shall never read another book again because no book could ever be as good as the book I just read!’
Unless it was a picture book…I’m pretty sure the words mattered the most. With the exception of 50 Shades of Grey of course – I’ve heard it’s terribly written, but somehow it’s sold about a bajillion copies. Still, it consists of words. Words that make people feel things *shudders*.

Same goes for the scripts of TV shows or movies. We fall in love with, or loathe, characters because of the words they use. The way they speak. The stories they tell. We quote them and they become iconic. Sure, there are a lot of things we can like about movies without even hearing the dialogue (hello Channing Tatum!), but it’s the things characters say that tell us the most about them (um…every word ever in The Notebook)!

Without words, we wouldn’t be sucked into clicking everything on the internet ever. Have you ever heard of click bait? Those few words designed to lure you into clicking a link to a blog about something that’s ‘sure to go viral’? You know the type. If it wasn’t for those ‘You’ll never believe what happened next…” thingies, you wouldn’t waste hours of your life in a rabbit hole of crazy internet stories that may or may not be true.

*ahem* not talking about myself here of course *cough cough*

Words are how we sell something. Sure, people would argue that sex sells, but work with me here. If you walk into a store, who is going to convince you to buy that thing? The person who mumbles, accidentally offends you, doesn’t know what they’re talking about and sounds like they’re lying? Or the person who is confident, well spoken, whose words seem honest and genuine? Communication skills are important.

or…”Honey, I’ve noticed you are not feeling like yourself lately and you’ve lost a bit of confidence because you seem self conscious about your weight. Is there anything I can do to help? Wanna work out together?”

I know what I’d rather hear!! Even for selfish reasons, we need to consider what our words can do. If the result we want is for someone to do something for us, will insults and put downs really work or will kindness and sensitivity get us the results? The way we speak to someone we care about truly matters. It can definitely make or break a relationship. Tact can go a long way.

Why do people go to therapy? Because talking is important.

I can only imagine how many family feuds began because somebody said something that hurt somebody else. Hello, Dr Phil would be out of business if that wasn’t the case!

If words were not a thing, we wouldn’t be able to sue each other for saying nasty, untrue things about each other in the public eye. If words are not that important, we wouldn’t be outraged when somebody writes offensive things on picket signs at funerals or abortion clinics.

We can’t just stand there, quoting our ‘sticks and stones’ crap while living a life that says we do actually really really care what people say. It would be hypocritical. Language and words exist for a reason.

We care if someone is telling us the truth or lying. We care about those text messages that come without emoji to tell us whether it’s a nice one or a mean one (and we won’t admit that we sometimes lose sleep over it). We care about the passive aggressive tactics someone uses to make us feel bad about ourselves (have you ever seen the mother in law on Everybody Loves Raymond?). Entire social movements and campaigns have been created, based on some careless words somebody has said somewhere in the world. For better or worse.

That what he writes on the internet can stay there forever.

I want him to be clever. Not to resort to physical blows over some horrible words that have been thrown around. It’s not enough to tell boys and young men to just punch someone to fix a problem. Even if the other person is in the wrong.

Words are used to convey our emotions. To clarify something. To present ourselves in resumes and job interviews. To tell people who we are. To show we care.

I want to use my words to encourage, inspire and uplift my child. I don’t ever want to squash his spirit or hurt his confidence. My words will matter too. There is a best way to use your voice or to say anything important that you feel (even if it’s a touchy subject or it’s not what someone wants to hear). I hope I can lead by example and that person by person, we might make a difference in this world where people seem to have forgotten that words have so much power.

Let’s think before we add more meaningless noise to the world (and even the internet)! Who’s in? x 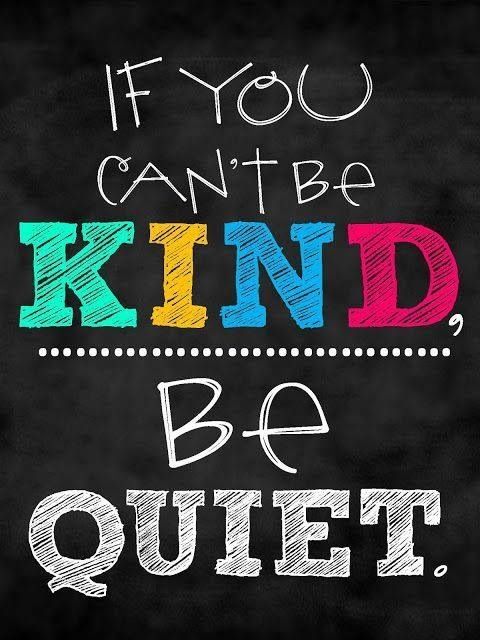 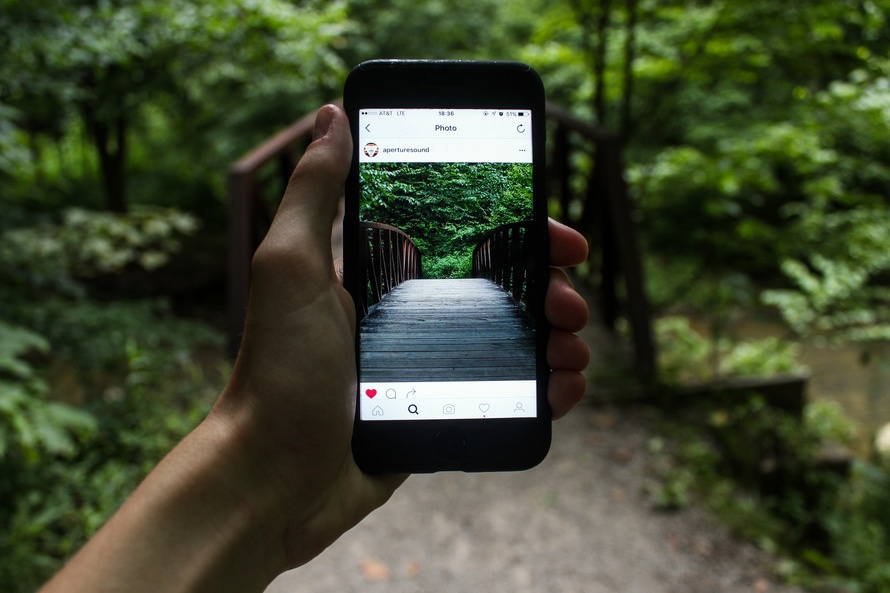