Today I bring to you a weird documentation of a friendship that has stood the test of time, written from both of our perspectives. It’s been about 16 years (I probably got that wrong because I’m sh*t at maths).

I met Ash (who now comes complete with new blog which she totally does not update enough despite showing great promise) in high school. We kept each other company in home room. We made bad jokes and I supported Ash’s love of TV presenter Ray Martin (with the unmoving hair), out of pity because I felt like she needed to not be so weird and alone. Kidding. She wasn’t alone. She was just weird. We bonded over creative writing projects (nerds!) and we enjoyed being all sarcastic about our shared private schooling experiences, mocking the weird social ladders that tend to exist in those environments. I liked Ash for her ability to read people and see through the bull.

Ash is always on the move. Picking up and moving from cool place to cool place, living the bachelorette life (mostly) and enjoying the non-parenting life. Ah, the spontaneity!

Despite our lives being quite different, we always make time for each other (when we can). I don’t think that some of our private Facebook messages should ever see the light of day. We’d probably end up in jail. Actually, I think we once had a conversation about what we would do if we both ended up in jail. Things get pretty wacky when we use technology to communicate. We can start off talking about the meaning of life and then end up talking about jailhouse fashion or quoting Gwen Stefani’s Hollaback Girl song.

That sh*t is bananas.

Ash tends to bitch about parents and people who are married a lot. I am married with a kid, so you’d think our friendship would have imploded by now. Despite all odds, we’re closer than ever. I think I really like Ash’s honesty and it makes me feel like I can be honest too. That’s a good quality to have in a friend.

Also, despite not being a massive fan of kids, she’s quite a fan of the Little Mister. She buys him little presents and loves the silly photos I send her. It’s cute seeing them dance together (to music that may or may not even be playing) in a cafe, while I frantically eat my lunch.

UPDATE YOUR BLOG, DUDE. Ray Martin would want you to. Do it for Ray Martin and his Lego hair. 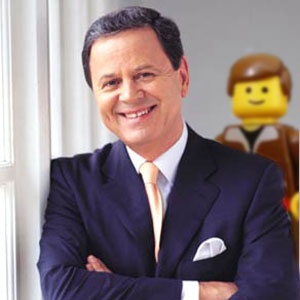 I know what you’re thinking, gosh they must really love Ray Martin. And we do. But there are other things that help keep the friendship alive. Because let’s face it, our lives are pretty much as opposite as you can get, and the things in common (on the surface) are dwindling every year as our lives continue in opposite directions, so as amazing as Ray Martin is (it’s the hair ok!) he can’t keep us together forever.

Kez is my friend who I can turn to no matter how shit the situation and she will make me laugh. Well actually her manipulation of her son makes me laugh. Who doesn’t love getting sent a picture of 2 year old smiling cheekily into the camera, with a caption that says “Hey Ash, I’m not wearing pants!”

She’s also honest. She doesn’t just put a smile and pretend everything is fine and dandy. If her day is shit, she’ll tell you. If she’s struggling, she’ll say. It’s a lot easier to turn to a friend and say “I’m having a bad day and I feel like a failure” when you know you won’t be judged in return.

The best part of Kez though is that she has a sense of humour. I don’t understand children, nobody gave me the manual to read, so I am constantly saying things and doing things that I think most mums would take serious offence too. Like my approach to mother’s day; “how come I don’t get a day where I get lavished with presents to celebrate the fact I’m smart enough to use birth control?” Or my approach to raising a child; “Can’t you just shove it in the Ikea ball pit and go to the pub?” While yes, she probably takes offence, she also laughs! Whether it’s at me or with me, well minor details people!

So while Ray Martin still holds a special place in my heart, Kez has become more than that. She is a friend that stands the test of time and I know no matter what, she’ll always cheer me up, have a giggle and nag me to death to update my blog.

This post is a (loosely interpreted) part of the Blog Every Day in May challenge.