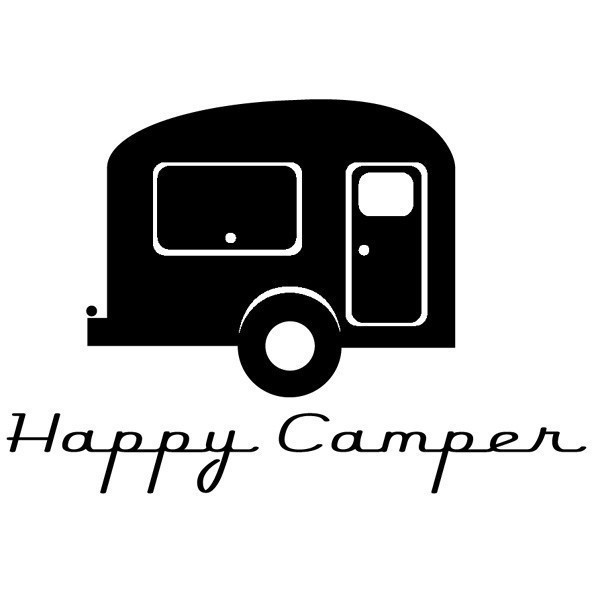 Last year we took the Little Mister camping for the very first time and as I write this we are about to leave for the second (this post will be scheduled so you’ll probably read it while I am away). So even though this is only the second year, you could say it’s already becoming an annual family tradition. I’ve been brainwashed into the camping lifestyle since I was an infant, so I love it. I have so many camping memories and family stories that have been created due to the hard work of my parents (I certainly wasn’t contributing very much other than making a fool of myself haha). I haven’t always loved every single second of the camping experience. There are always ups and downs. Plans that go awry. The occasional withdrawal symptoms from my comfortable life at home. Cabin fever. But all in all, I can’t say I’m ungrateful for each memory. There’s a certain sense of freedom in camping and pride in living so simply and doing it well.

Mr Unprepared and I have just purchased ourselves a camper trailer. But not just any camper trailer. It is the very one that I stayed in from the time I was the Little Mister’s age. I don’t know what came over me, but I somehow thought this was a good idea. My parents have upgraded recently and we were looking for something a little more contained than a tent (for the purpose of housing the Little Mister). It is a little weird being responsible for the very camper trailer that I used to spend all my time trying to avoid responsibility for throughout my youth! My parents looked after it magnificently and even though it’s older than I am, it is in such great shape. I only hope I can do even half as good a job of it and even though my parents are very clear that they will not tell us how to look after it (unless asked), I am still scared of letting them down! It’s a special time capsule of my camping memories!

I am really grateful to my parents for creating such valuable family time, but in saying that, I think they just enjoyed gathering/creating future opportunities to tell embarrassing stories about me (not that I didn’t give them a lot of material quite readily). So I thought I’d just share five of them (in no particular order) so you can laugh at or with me…

Oh, you should see the photos. My mum who is both practical and good at sewing, decided that it would be economical and quite smart to make my brother and I tracksuits to wear on camping holidays when we were still small enough to not notice the hideousness. She could whip them up in no time, they’d be easy to wear, easy to wash and cost effective as we tore around in them, no doubt causing wear and tear on the campsite. At the time we thought nothing of it. Mine had a sewn on dolphin motif and my brother’s had something else. So it’s not like they were totally the same, right? They were a similar blue green to our school uniforms (because kids want to feel like they’re wearing their uniforms when they’re on holidays) and were track ‘suits’ in every sense of the word. Matching jumpers and pants. To be worn together in all their block coloured glory. Gosh, they really brought out the shine of my big front teeth and the sharpness of my bobbed hair cuts! Thanks, Mum!

It’s lucky I can’t sew too well, because I think I have saved the Little Mister from such embarrassment…unless I subcontract my mum of course…*evil thoughts*

OK, so I think I was about 10 years old. From memory I think we were camping somewhere in the ‘outback’ with both sets of my grandparents. Picture a craggy bunch of hills with mountain goats hanging off the rocky edges (looking down on me and laughing away – no joke – I could actually see them while I underwent the horrific event I’m going to share). A solar shower hangs from a tree or a pole or something (I can’t quite remember). There are no modern day facilities to be seen. Imagine me in a bad tween mood. Imagine that I probably thought myself too cool to stand in a little bucket and have water poured over me while my whole family looked on (never mind that I was probably stinky and filthy from all the dust and hot weather). There was no privacy whatsoever. Just me out in the open, wildly bright daylight. Well, to be fair, no-one probably planned on looking at me, but I’m sure my bratty squealing didn’t give them much choice. I was unceremoniously stripped down to my underwear and splashed and hosed until all of my dignity was gone. I had made such a big deal out of it that no-one could forget it. Oops. It’s hard growing up on campsites. Forget child starlets who grew up in front of the cameras. I totes had it harder, you guys. I was forced to be with my family throughout most of my budding adolescence. In small spaces. So that’s probably where most of my hideous camping memories come from haha.

I am serious. That thing was the bane of my existence until my parents kicked us out into our own little tents (can’t really blame them looking back haha). I had this big old sleeping bag of my dad’s. It was filled with actual down feathers and while it wasn’t great to look at (military green), I do still actually have it (after a makeover my mum lovingly gave it). However, it was also a quiet sleeping bag. Warm, heavy, cosy and peaceful.

My younger brother’s on the other hand was a new one from the camping store. He got everything new. I had all my dad’s old stuff. Which looking back, I feel privileged about it, but you can imagine my older sibling scorn at the time. Bro Unprepared’s sleeping bag was all shiny and bright blue. It was light weight for our lovely climate and looked really snazzy. IT WAS ALSO F*CKING NOISY.

We had to share the double bed at one end of my parents’ (and now mine) camper trailer and we rationalised that it wasn’t weird because we had our own individual sleeping bags. So you can imagine my joy each night when my brother would toss and turn like a cat, trying to find the perfect sleeping position in his stupid f*cking brand new sleeping bag. RUSTLE RUSTLE RUSTLE F*CKING RUSTLE. I honestly don’t know how we didn’t kill each other. I think a fight (probably just between my parents and I while my very young brother haplessly watched on) broke out almost every night. Eventually my parents set up a bed for him over the convertible dining table, which helped the tiniest bit.

I still have nightmares about it. I shudder when I see someone’s shiny new sleeping bag. I don’t think I’ll ever be able to bring myself to buy one!

My parents actually mentioned this story only a couple of days ago. So fresh (and eternally amusing) it is in their memories. I remember going through a real shitty know it all phase (so most of my childhood and don’t ask Mr Unprepared about my adulthood). The kind that would make a parent roll their eyes so violently that they almost outdid their pre-teen’s eye rolling efforts.

We’d just set up camp somewhere and my parents had erected their sturdy green outdoor table. I had decided I couldn’t be bothered with helping much and was being a bit of an arse (I think the term is witch with a ‘b’). I decided I would hop up onto the green table and take a break. Just before I jumped, my parents said, “I wouldn’t do that – it won’t hold your weight.”

I am sure that I took this as both an insult and a challenge. Screw them, I probably thought.

And then as I sat on the now flattened table, my backside feeling sore and my ego feeling even sorer, my parents laughed and laughed.

They still think it’s the most hilarious moment, because just that one time, they won the war. I’m sure that victory would taste sweet. Damn them. They still have the table. They claim they just had to keep it because of that one memory that brings them so much joy.

Before I go any further, I would just like to note for the record that my brother became a teenager in Melbourne. Camping in Melbourne, but in Melbourne nonetheless. And what else? The little bugger got sick and couldn’t even enjoy it. What a waste. So ungrateful. I hope he doesn’t read this haha. All in good fun!

So where was my 13th birthday? Sydney? A tropical island? Nope. My birthday was at Coober Pedy (it’s known for its beautiful opals but the mines (above ground) are just not that pretty to look at and there’s nothing around for miles – it looks like the moon but is not as awesome as if I had had my 13th birthday on the actual moon. No, it started with a wake up in Woomera (known at the time for its detention centre) and ended with dinner in a questionable underground restaurant at Coober Pedy. I remember all the adults being quite bemused by one of the waitstaff who would lean over to top up your water, while holding a bunch of steak knives, leaving everyone in fear of being stabbed in a weird underground restaurant in the middle of nowhere…

Good times. I only hope I can give the Little Mister (and any possible future sibling) such amazing memories that will stand the test of time. Gosh, he has no idea what he’s in for 😉 I can’t wait!

Do you have any weird camping memories from childhood?