Look. At some point while hanging out with your girlfriends, the topic of Bear Grylls‘ levels of attractiveness is going to come up. Or is that just me and my friends?

…Anyhow, the question is: Does he turn you on red hot *bow chicka wow wow*, or leave you cold *brrrr*?

I personally can see both sides of the argument. Let me dissect this issue further for you:

Bear Grylls is Hot Because:

He has that Caveman Appeal. He takes us back to the days when the most important characteristics of a man were his survival instincts and his ability to hunt and gather. And nothing says hunter gatherer like a guy who can live off nothing but the land (and its native wildlife) for days at a time.

He Scrubs Up Alright: 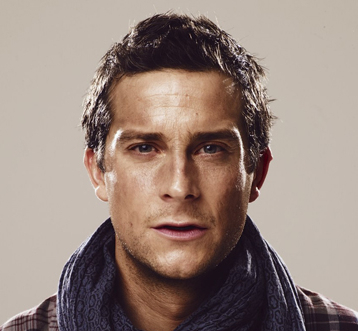 There’s nothing a bit of bronzer, good lighting and a trendy scarf can’t fix after a spot of hunting and gathering in the wilderness. And this brings me to my next point: He is Ruggedly Handsome. Ladies love a chiselled man-face. A bit of stubble (I personally don’t – ow – prickly – but I’m trying to be objective here). Serious eyes. Like if he was to read you romantic poetry in that husky British accent of his, he would really really mean it.

Reasons Bear Grylls is Not Hot:

Watch this short video and tell me something:

Would you kiss this man??? Just imagine his breath after eating a few maggots and a raw zebra. Ewwwww.

And don’t you think the man is a little bit quick to jump straight to the Drinking Your Own Urine to Survive option? Personally, I would weigh up the options for a few hours, search a little harder for a muddy puddle or wait for some nocturnal condensation first. I might wait until I feel a little woozy or something. I dunno. But then, I’m not the expert. Again, would you kiss him after that? I mean, there are probably no decent toothbrush alternatives in the wild. Or breath mints.

Which leads me to another issue – I mean, it’s all well and good that he’s out there in jungles, canyons and deserts just roughing it up, looking handsome (in that sexy dirty way), surviving and flexing his biceps as he jumps into treacherous waterfalls and stuff…but what would it be like to live with the man after he gets home again?!

My ever-observant husband once pointed out to me that his bowels must be preeeeetty stinky. I don’t think Bear would be able to blame that camel/zebra/snake/frog infused scent on the dog. I really don’t. 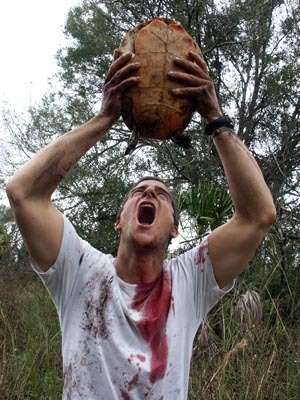 I mean, how do you remove turtle blood stains from a white t-shirt?

And what if you ran out of groceries? How would you explain to your kids that their pets are all missing because he forgot to go to the shops? Could this man really live a normal, domesticated life? Let me clarify that I am not talking about the actual married-with-a-kid real life guy Bear Grylls (whose real name is Edward according to Wikipedia), but more the version we see on the TV. I am only saying that because you know, what if the real Edward guy reads my blog and gets all offended and stuff? Well, maybe the real Mr E.M. Grylls just goes home after a long week in the jungle and googles himself while he wears novelty Simpsons boxers and drinks bottled water only from the purest springs of Fiji. I don’t know!

And this? This just creeps me out. 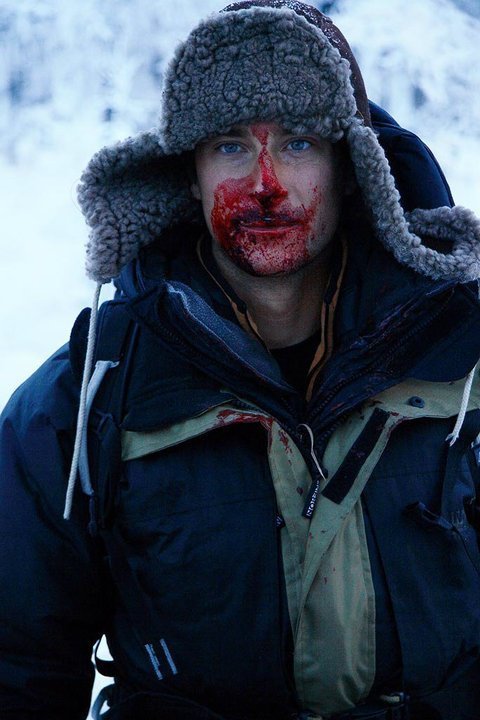 He looks like he was out hiking on a snowy day, saw some young people frolicking in the woods and suddenly they went missing…if you know what I mean. You don’t know what I mean? OK, so I have an overactive imagination. Let’s just say that I find this image kind of gruesome and serial killerish. And telling me, “Don’t worry, it was just some insides of a camel not some unsuspecting college students”…just doesn’t really reassure me.

So now that I’ve presented both sides of the argument (in a completely objective manner of course), what do you think?

Is Bear Grylls hot or not?

See what other 20 Something Bloggers have to say on the issue!